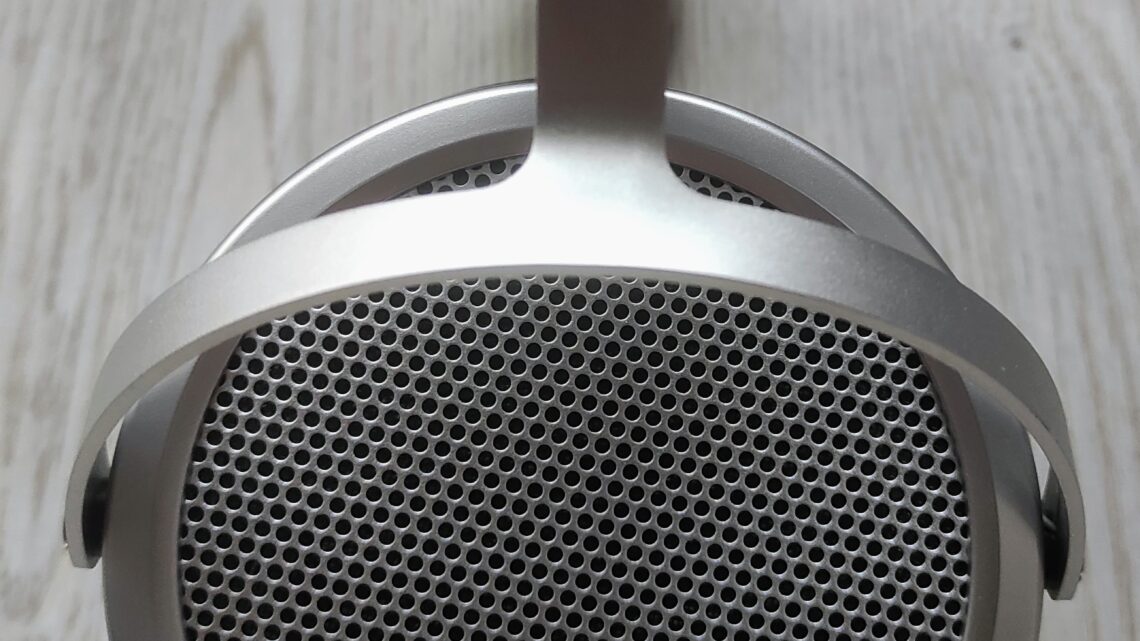 The sample was kindly provided by HiFiMan for my subjective and unbiased review.
The selling price is $329, slightly more expensive than the original Deva and you can buy directly from HiFiMan store.

The Deva Pro is a new updated version of the much acclaimed and multi awarded Deva (review) featuring the innovative HiFiMan Stealth magnets design and a newly designed Bluemini wireless R2R module. 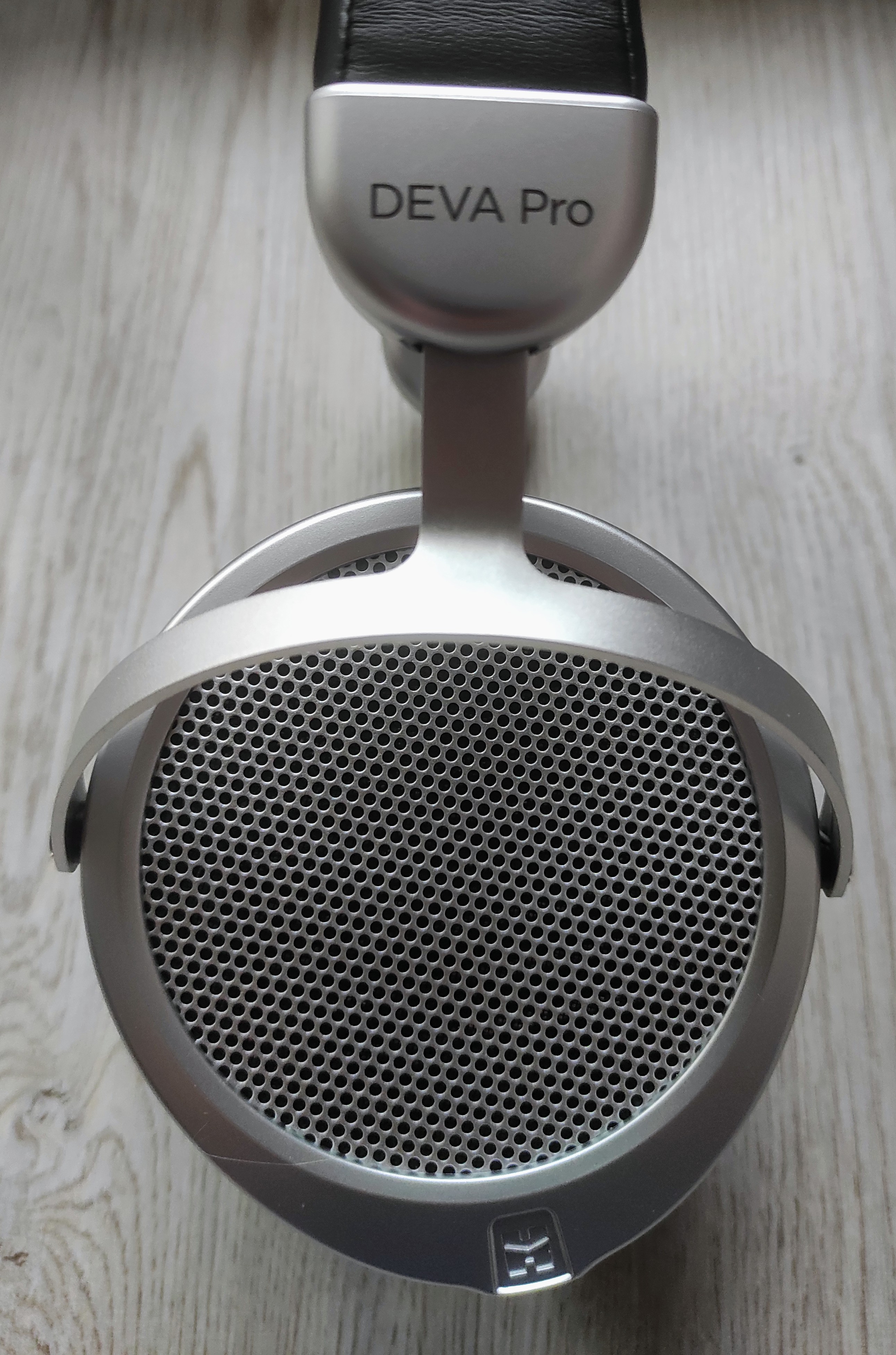 The Deva Pro is a classic planar magnetic headphone that can also become instantly wireless by simply attaching to the left ear cup the included Bluetooth module called Bluemini.
The Deva Pro uses the newly designed Acoustically Invisible Stealth Magnet by HiFiMan.
Unlike the sound waves created by a conventional magnet, the special shape of Stealth Magnets enables the waves to pass through the magnets without generating interference. HIFIMAN’s advanced magnet design is acoustically transparent, dramatically reducing wave diffraction turbulence that degrades the integrity of the sound waves.
The reduced distortion yields pure sonic output that is accurate and full-range.
The core design of the driver is based on HIFIMAN’s NEO “supernano” Diaphragm (NsD).
The new NsD is 80% thinner than previous designs, resulting in fast response and detailed image with lush, full range sonics. 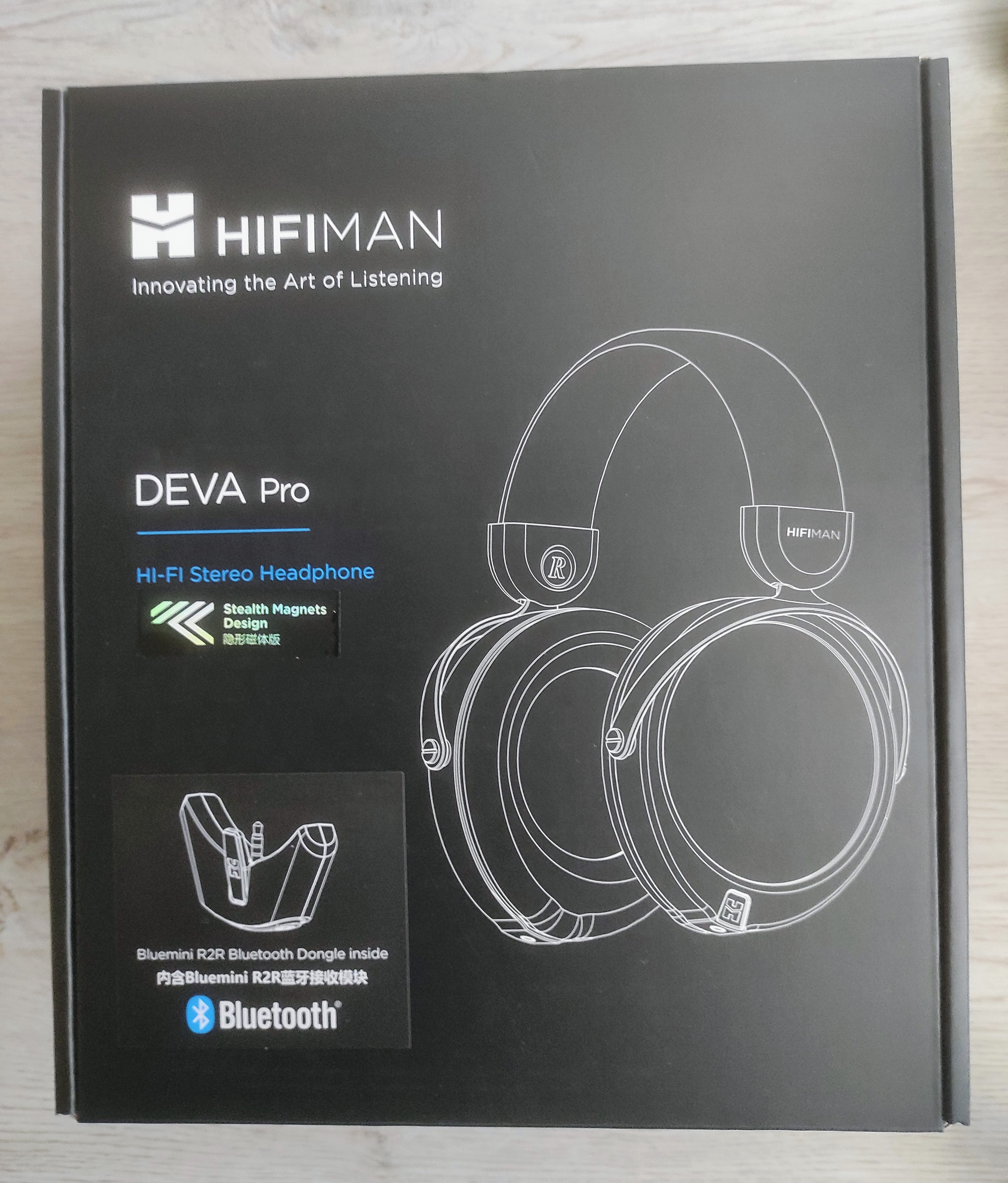 HiFiMan have paid close attention to user feedback and thankfully they decided to re – design the Deva Pro with dual – sided 3.5mm sockets that can accommodate cables with 3.5mm mono plugs.
The left socket can act as a 3.5mm TRRS balanced input so it can also handle single – plug cables and of course the balanced R2R Bluemini module.
So with the Deva Pro, unlike with the original, users can use their balanced cables and it is much more easy to find after-market cables. 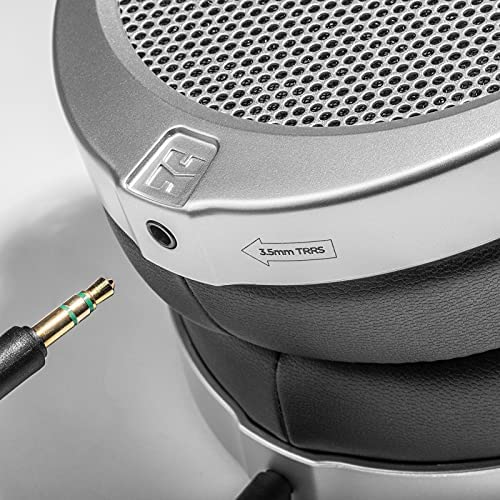 Speaking of cables, the one that comes with the Deva Pro is better than the one found in the previous version and it gets the job done. 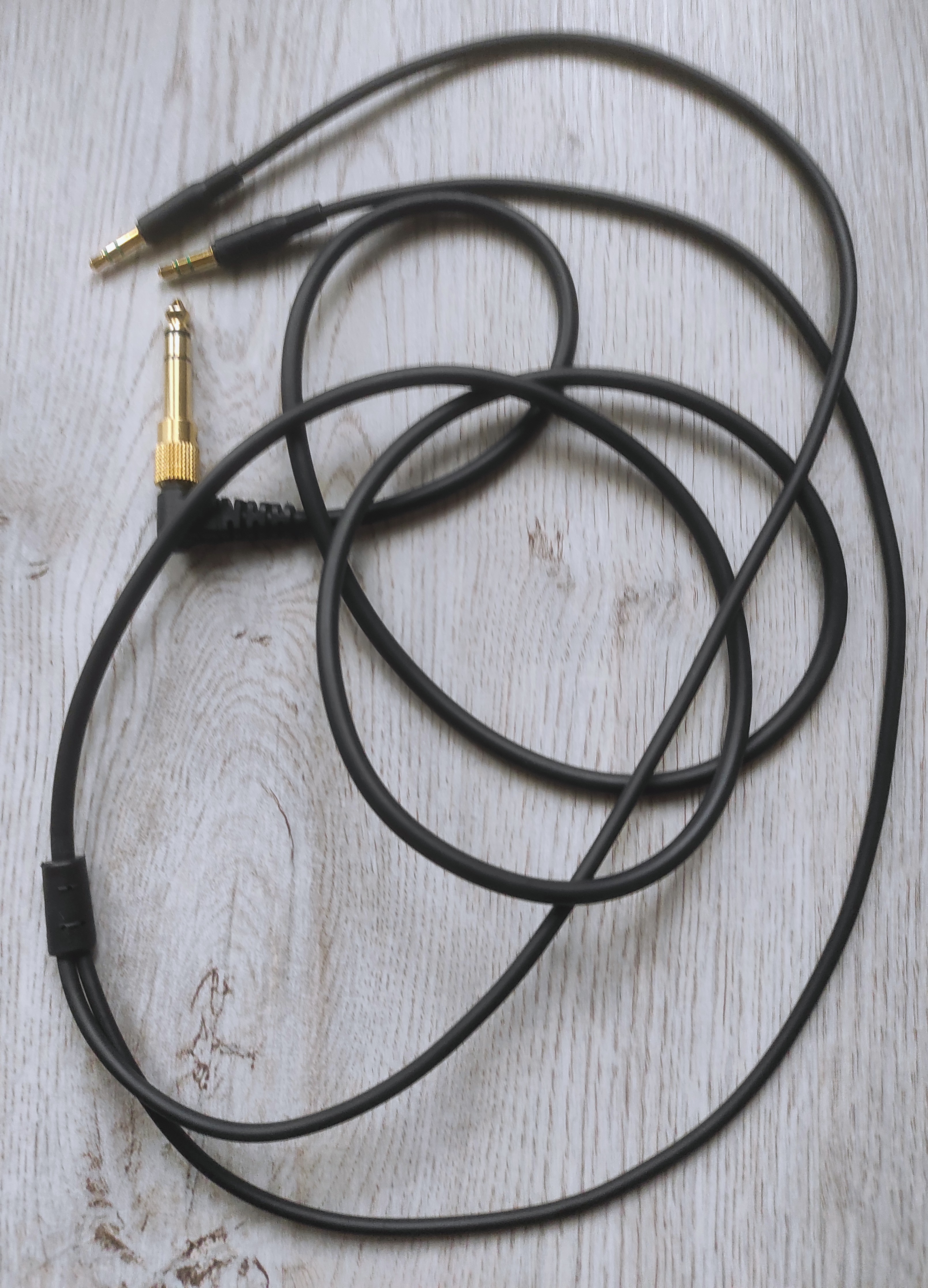 The design between the two Devas is identical and the only difference lies into the color scheme which is now silver – black and not silver – beige, a combination that I much prefer and I guess most of you will do.
Build quality is very good, the headphone has plastic ear cups with aluminum grills and yokes from solid metal.
The headband is padded, has a metallic inner reinforcement and is covered with leatherette on the outside.
The ear pads are filled with memory foam and have a leatherette outer perimeter combined with perforated fabric into the inner parts.
The ear cups have a swiveling action for better fit and the height adjustment is easily done without the need to apply excessive force.

The Deva Pro is lightweight, at 360gr and it is super comfortable with roomy ear pads that can accommodate the whole ear and stay cool after a long time of use, while clamping force is minimal.
Of course despite being a wireless headphone, it is not suitable for outdoor use due to the fully open design and the loose fit.

The Deva Pro comes in a cardboard box that can double as storage but no real carrying case is included.
There is also the cable, a long 2m USB type C cable for charging and connecting the Bluemini to a PC, the Bluemini module and a 6.35mm adapter. 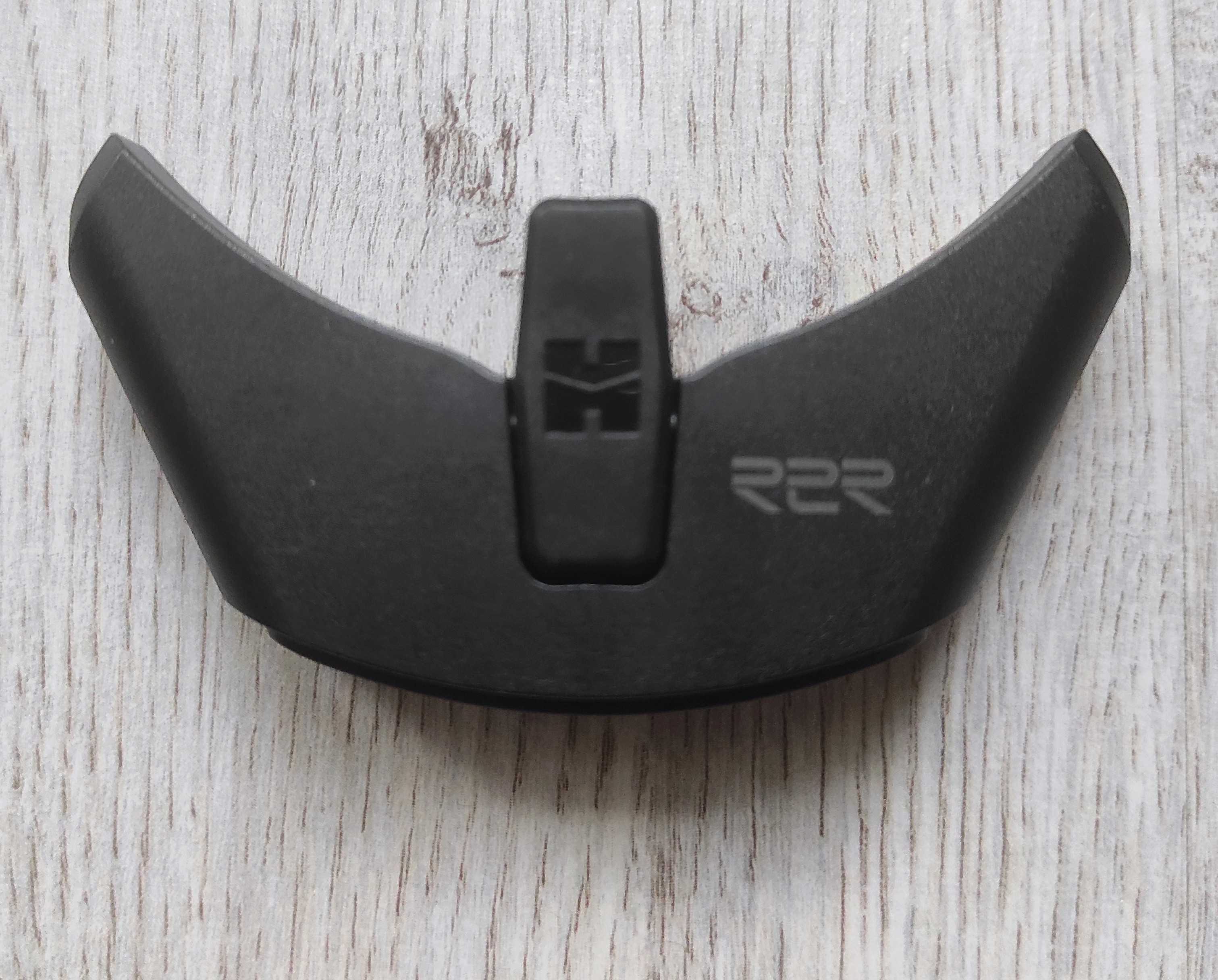 The chipset shortage led HiFiMan to re-design the Bluemini from scratch and adopt the classic R2R method.
The Himalaya is a small module that plugs directly into the left ear cup of the headphone and incorporates a Qualcomm QCC5124 Bluetooth 5.0 receiver together with a discrete R2R Non-Oversampling (NOS) DAC and an independent balanced headphone output stage.
The Qualcomm chipset supports the high definition codecs LDAC and aptX HD.
Connection proved very stable without disconnections and a good working distance even inside the house.
When connected to a PC as a USB dac it can support high resolution files up to 96kHz / 24bit.
The new Bluemini is powerful and can output about 200mW but is still very efficient, consuming only 20mW so its battery can last for longer with a single change.
Actually I was able to get about 6 hours of loud music playback with the LDAC codec enabled.
The Bluemini can also be used in OTG connection with Android and iOS devices running from its internal battery but there is one glitch.
There is a strange volume limit and you can’t get the full available range as you can do when it is connected to a PC or in Bluetooth mode.
I haven’t tested with applications like Neutron or UAPP which supposedly can bypass the internal volume software of the host device but with streaming services like Tidal and Qobuz you get the volume limit, so this is something to consider if you plan on using it this way.
The Himalaya sound quality is very good under Bluetooth mode and much better when it is used with the cable as a USB DAC connected to a PC.
This new Bluetooth module, like it’s predecessor, is not the most clean sounding when it comes to phone calls but it gets the job done. 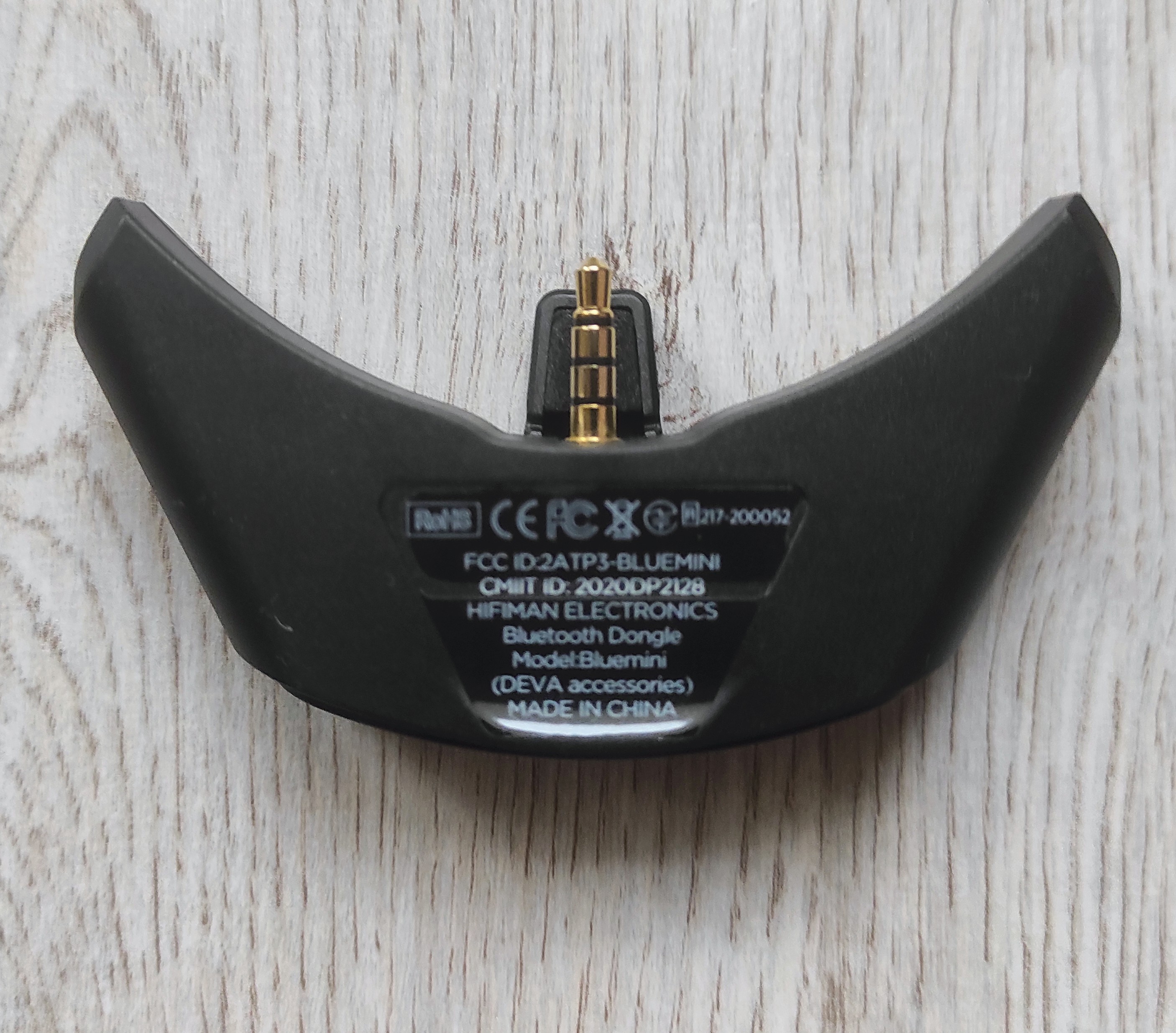 The sound is full and dynamic with that organic R2R flavor that results in a pleasing, analog sound signature with natural timbre and good extension to both ends.
The Himalaya is rather neutral, faithful to the original source and does not run some kind of DSP to specifically match the Deva Pro.
It is a high fidelity, transparent DAC and using it is exactly the same as connecting the headphone to a quality external DAC/amp.
I have compared the Himalaya to the original Bluemini and I found it to be fuller sounding with a more engaging and musical presentation plus it is a touch more powerful and dynamic.

The Deva Pro is already good sounding with the Bluemini and a lot of users will stay completely satisfied without feeling the need to invest in a separate DAC/amp.
This is the strong selling point of the Deva Pro but while the Bluemini is an excellent out of the box solution, more demanding users can certainly do better because the Deva Pro responds very well to upstream gear and extra power.
The Bluemini is quite powerful but when you need spare headroom and better dynamics then a high quality, powerful external set up is going to greatly improve the overall experience and I would certainly suggest that you should try it when funds allow.
To test the wired performance I have mostly used the Topping EX5 and the Schiit HEL. 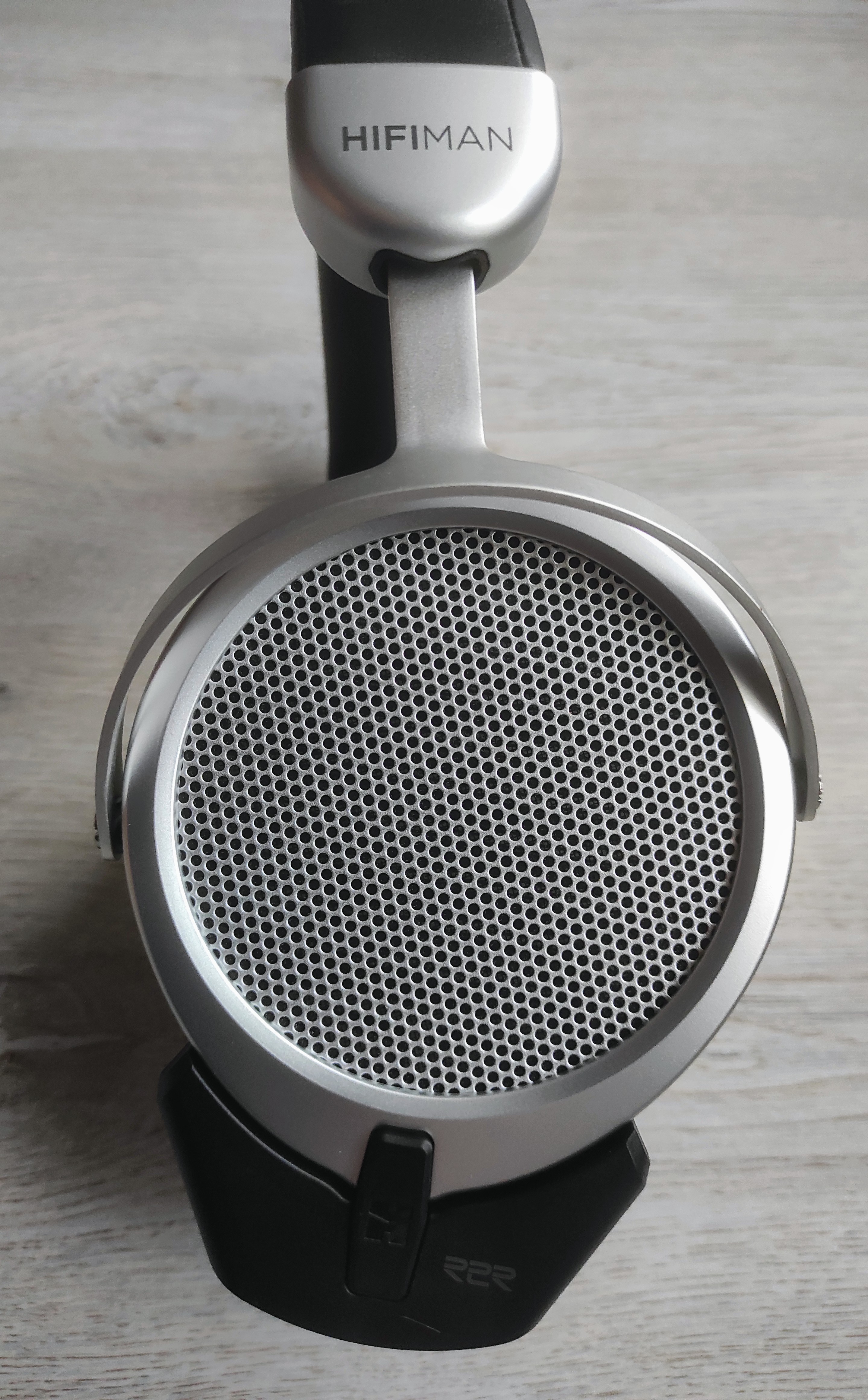 The tuning is balanced with neutral bass response, linear mids and a little bright but smooth and controlled treble.
The general impression is that of a clean and clear sounding headphone that can resolve with finesse and present the music with an open and spacious manner.
Some would expect it to sound clinical or boring but that is not true since it has a touch of warmth and the presentation is quite musical and engaging.
The Deva Pro is not too full bodied nor too weighty but it has a rather lean and delicate character to it’s presentation. 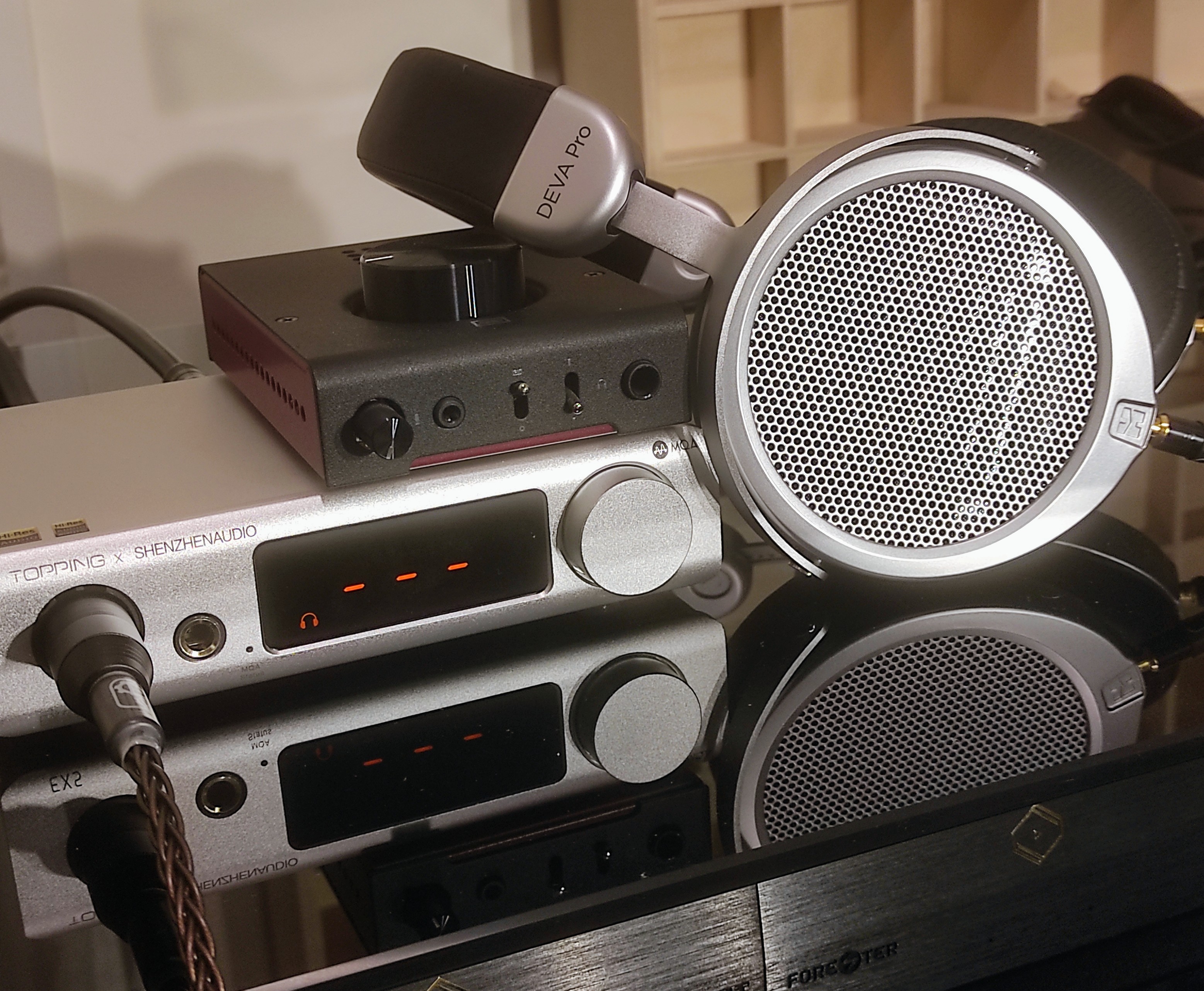 Bass is linear with good sub-bass extension for most of the time but it is not going to shine with deep bass electronic music nor offer a rumbling and thundurus experience.
The tuning is even up to the mids without any signs of bleeding so the bassline is crystalline, tight, controlled, with excellent articulation, exemplary layering and instruments never get masked.
The Deva Pro is lighting fast so it will not lose it’s pace even with the most demanding and complex material.
Dynamics are rendered satisfyingly, at least regarding rise and fall, but the overall feeling is a little shy and constrained; it is not a hard hitting and shuttering headphone.

Midrange is neutral toned, vocals and instruments sound balanced and even, exactly in the way that they were recorded without extra emphasis from the headphone, so don’t expect it to sound colored and mid – centric.
Texture is airy and fluid, mids sound spacious and crystalline but not as rounded as someone might expect.
Articulation is fine and the timbre is mostly natural but upper mids may sound with lesser intensity although nothing too noticeable while listening to music.

The presence area is perceived as a little bright but with better textural quality and extension than the original Deva and not as pronounced.
It is not something that can lead to listener fatigue and the sound is absent of harshness although the attentive listener will not fail to notice that there are signs of artificial and metallic timbre combined with a thinner touch. 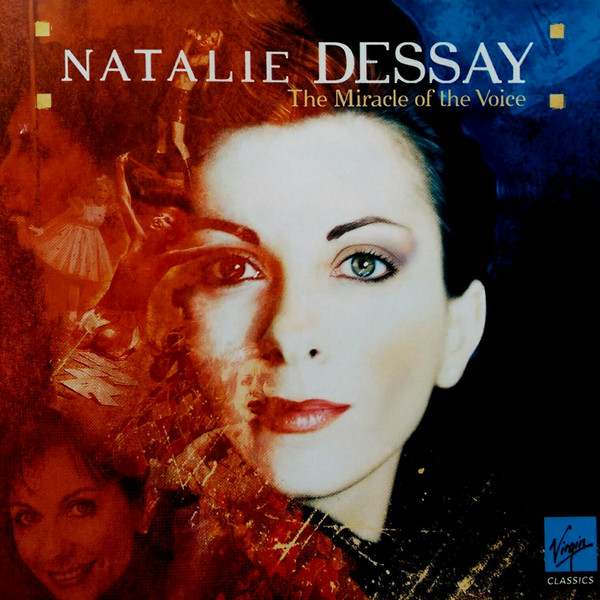 For example the soprano voice can become a little shouty at certain phrases when reaching the higher parts of her tessitura, it is not irritating but still counts as accentuated.
Anyway the treble is mostly smooth and controlled with excellent extension and can resolve some fine detail without sounding analytical.

The original Deva was one of the most open sounding headphones in the market but the Pro takes it even higher further improving the performance.
The soundstage is expansive and airy with excellent positioning accuracy and panning into the horizontal axis never sounding artificial or out of proportion.
It is not as holographic but still has some good depth layering and the soundscape is equally extended to the height as it is in the width while the listener is rewarded with some natural reverb and echo that gives a very open and spacious feeling.
Just listen to the Messa da Requiem by Verdi with the huge instrumental and choral forces to get a feeling of the soundstaging capabilities of the Deva Pro. 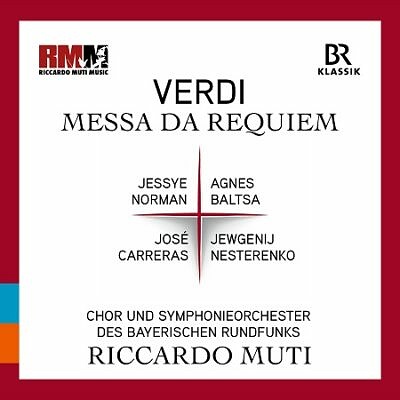 Compared to the original Deva

The original Deva is sounding less clean and not as resolving both in the quantity of the details and the quality of the expression.
The Pro is definitely superior in technicalities but sometimes it may sound too polished when the original has a little more “dirty pleasure” and organic character to it.
Frequency response is almost the same but the Pro is better controlled in the upper treble with fewer ringing artifacts although due to the extra clarity someone might confuse it as brighter.
Truth is that although both headphones sound quite similar, the Pro is perceived as the upgraded version per se and this is without counting in the Himalaya module which is better sounding than its predecessor.
But if you already own the Deva then I don’t think that the differences justify upgrading to the Deva Pro and you would better save some money for a higher tier HiFiMan headphone.
(The comparison was done with the Himalaya module and with the cable) 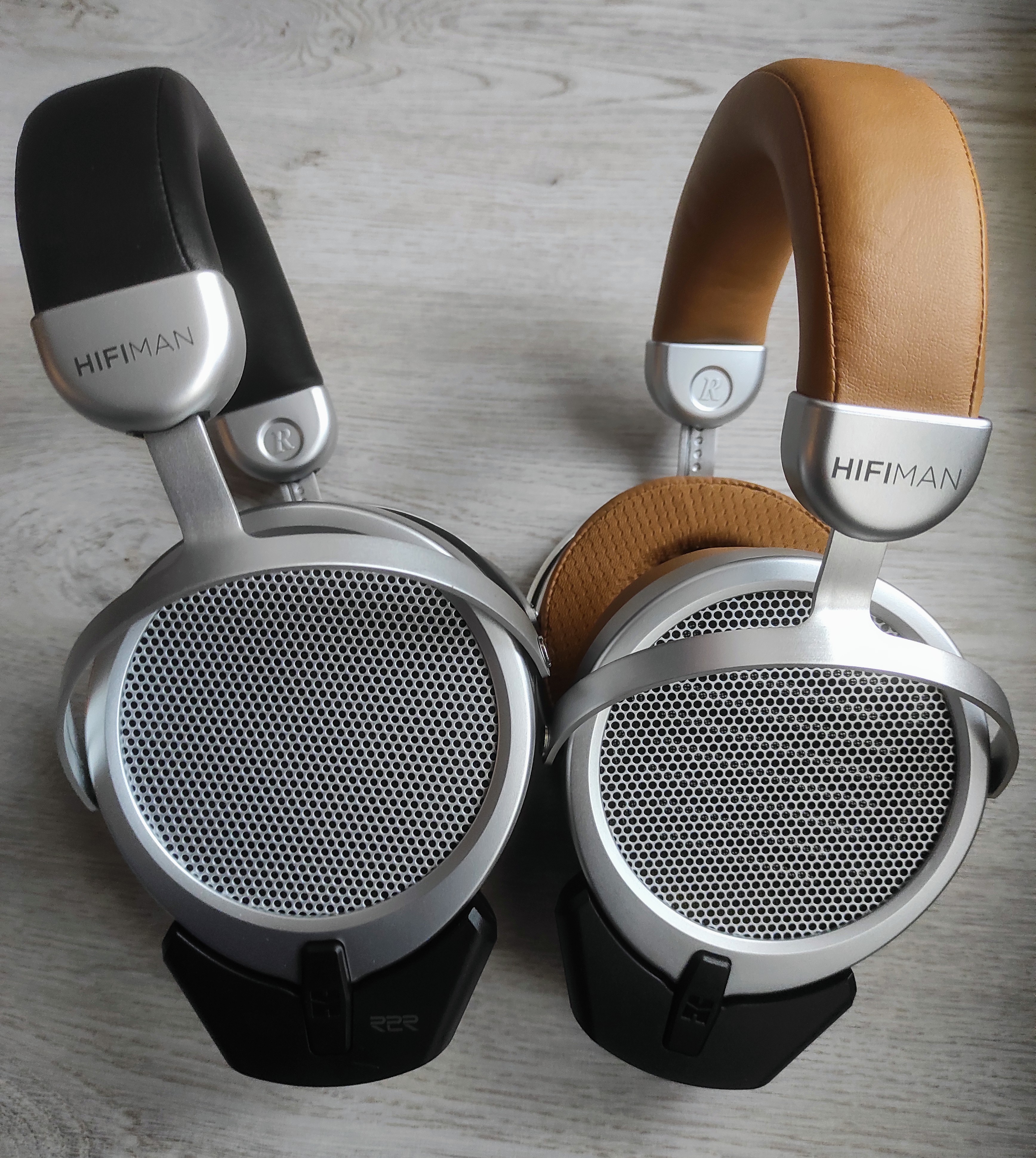 The Deva Pro builds on the already successful Deva to offer the buyer an even better and enhanced version with upgraded sonics, dual cable entries and a superior Bluetooth module.
This is a great mid – priced planar magnetic headphone that you can enjoy out of the box without the need to purchase anything else and at the same time is one of the best Bluetooth headphones your money can buy.