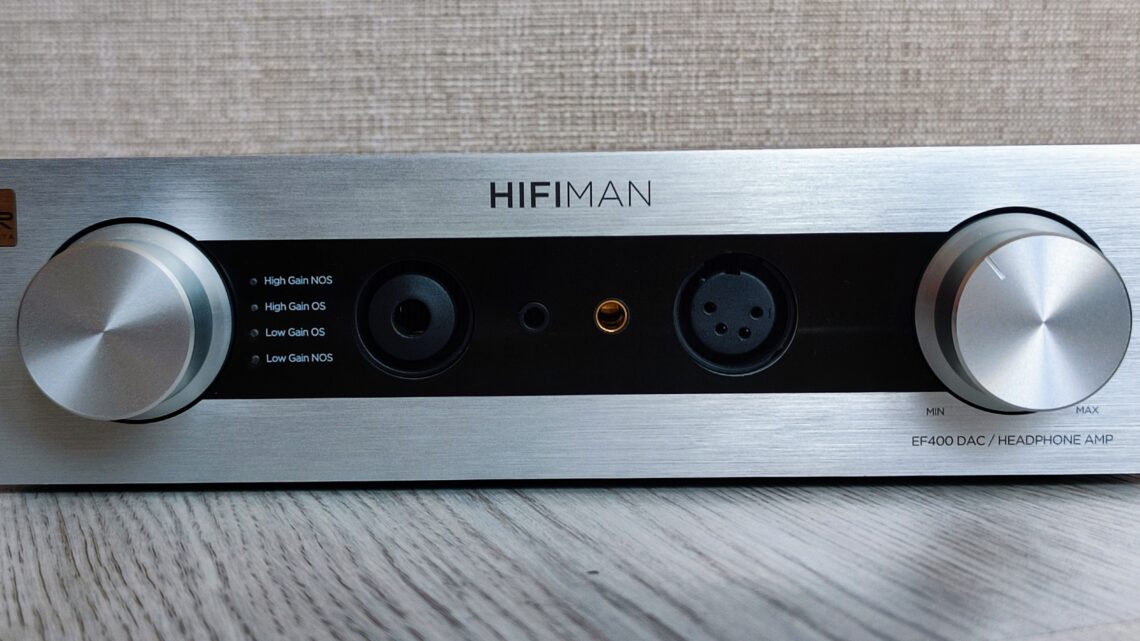 Cons: – Digital inputs limited to USB
– Without analogue input
– No sampling rate display
– ON/OFF switch located at the back of the chassis
– High impedance single ended headphone output
– NOS mode is not up to the OS standards
– Not the best for sensitive earphones

The review sample was kindly provided free of charge in exchange for my honest review.
I haven’t received monetary or any other kind of compensation and I don’t use affiliate links.
The price is $599 and you can order it directly from HiFiMan store.

The EF400 is a compact desktop sized DAC/amp that comes as a successor to the legendary EF6 (do you remember it?) that was introduced back in 2012.
Of course the EF6 was a pure headphone amplifier/preamplifier without a DAC section that is now added to the EF400.
The DAC section of the EF400 is based on the “HIMALAYA” R2R DAC module that was first introduced in the HiFiMan Deva Pro wireless headphone.
Two such modules are to be found inside the EF400 in a four channel differential structure with a buffer, an active filter and a balanced, high current, class AB headphone amplifier that can output a massive 10.7 Vrms or 4.4Wpc on a 32Ω load. 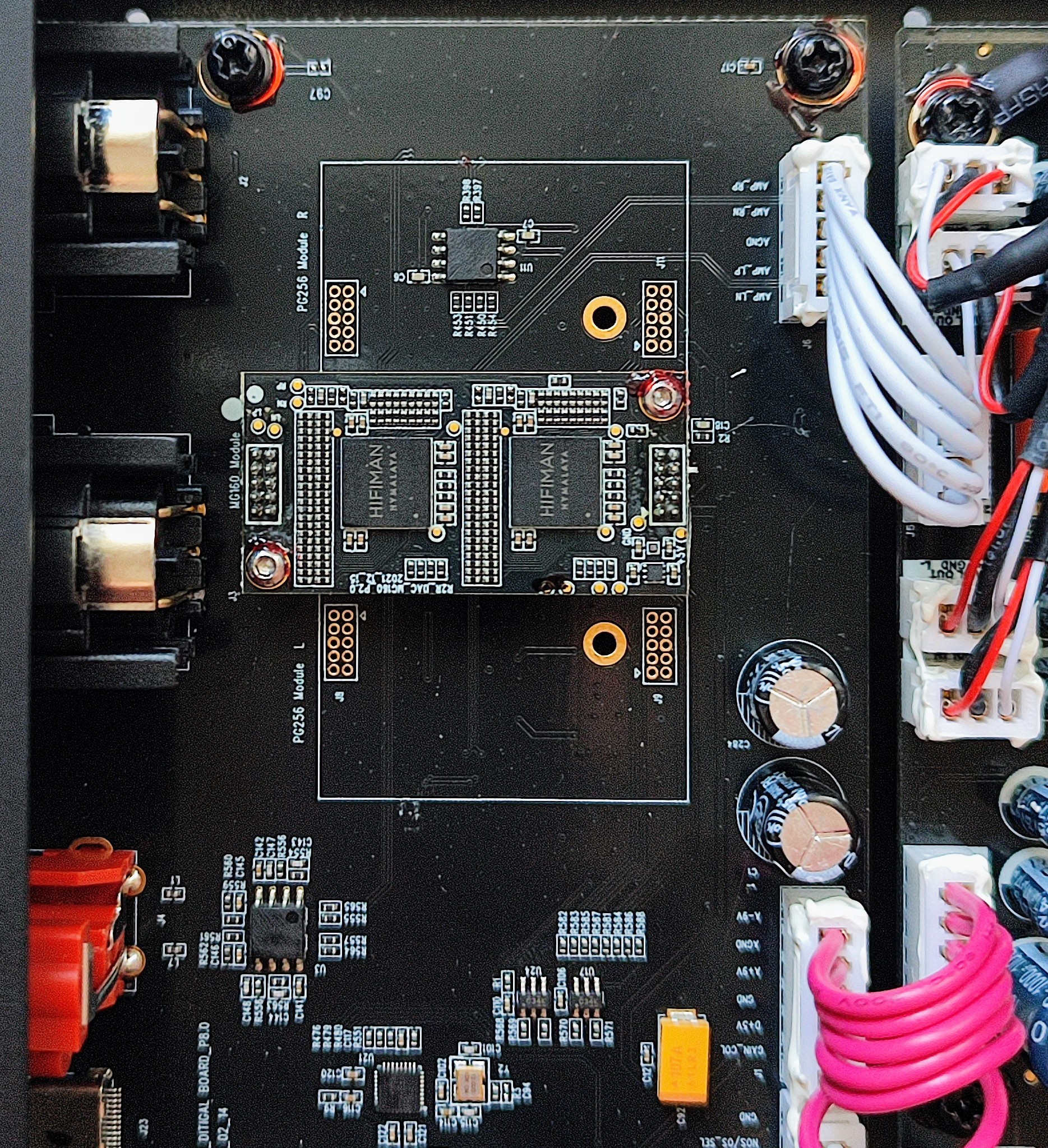 Two gain settings are available for better matching with various headphone loads.
The unit is powered by a large, oxygen free copper wounded toroidal transformer with 30000μF of total filter capacitance.
Except for the headphone outputs the EF400 has fixed level, balanced and single ended, line outputs that bypass the amplifier stage.
The active low pass filter can be switched between regular oversampling (OS) or non-oversampling (NOS) modes. 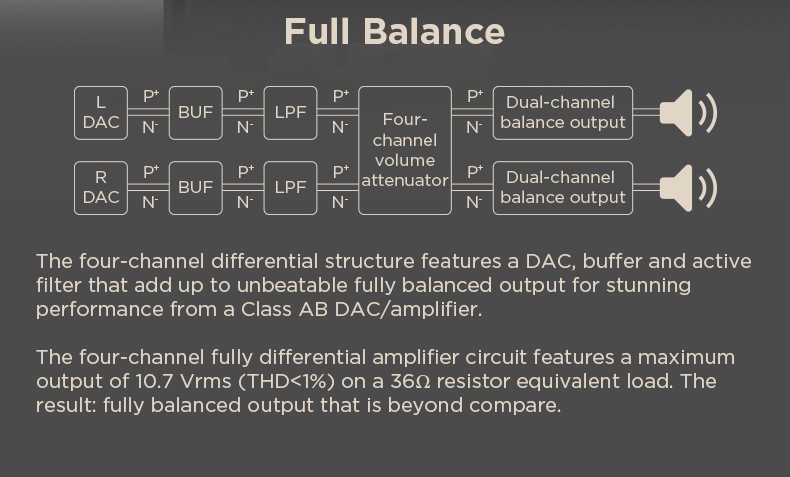 The EF400 is pretty simple to use, the only thing you have to do is to plug a USB cable into the regular or type-C ports that are located at the back of the unit, power ON and you are ready to go.
The type-C port has priority while there are no other digital inputs, like coaxial and optical, nor analogue, so if you are an old school CD spinner or a vinyl junkie, then you are out of luck as the EF400 will not handle your library.
The unit supports PCM up to 24bit/768kHz and that’s it, no DSD nor MQA.
An aluminum rotary knob at the left side of the front face is used to switch between four available filter and gain settings: High Gain NOS, High Gain OS, Low Gain OS and Low Gain NOS.
The right side features the volume knob which is also made from aluminium while there are four different headphone outputs, 6.35mm, 3.5mm, 4.4mm pentacon 4-pin XLR.
The potentiometer has a smooth action, good user feedback and is noise free without any audible scratches.
At the back of the unit, except for the USB inputs, there are also located the ON/OFF switch, the power cord plug and the XLR/RCA line level outputs.
Sampling rate or lock status are not displayed.

The EF400 has a black painted metal chassis with an aluminum faceplate that has a plastic inner part that doesn’t look so premium and can be easily scratched.
Build quality and paint job are typically good, the unit feels sturdy and well made but similarly priced devices from other brands, like the YULONG Aurora, are entirely made from aluminium and have more premium feeling and appearance.
Anyway, the EF400 is still beautiful looking and pretty compact so it can fit any desktop or gear rack.

The EF400 requires an excessive burning time in order to sound as intended.
At first it is a touch harsh, dry, boring and unrefined but it settles down after about 150 hours.
If you are not a believer, then do as you wish but don’t say that you haven’t been warned. 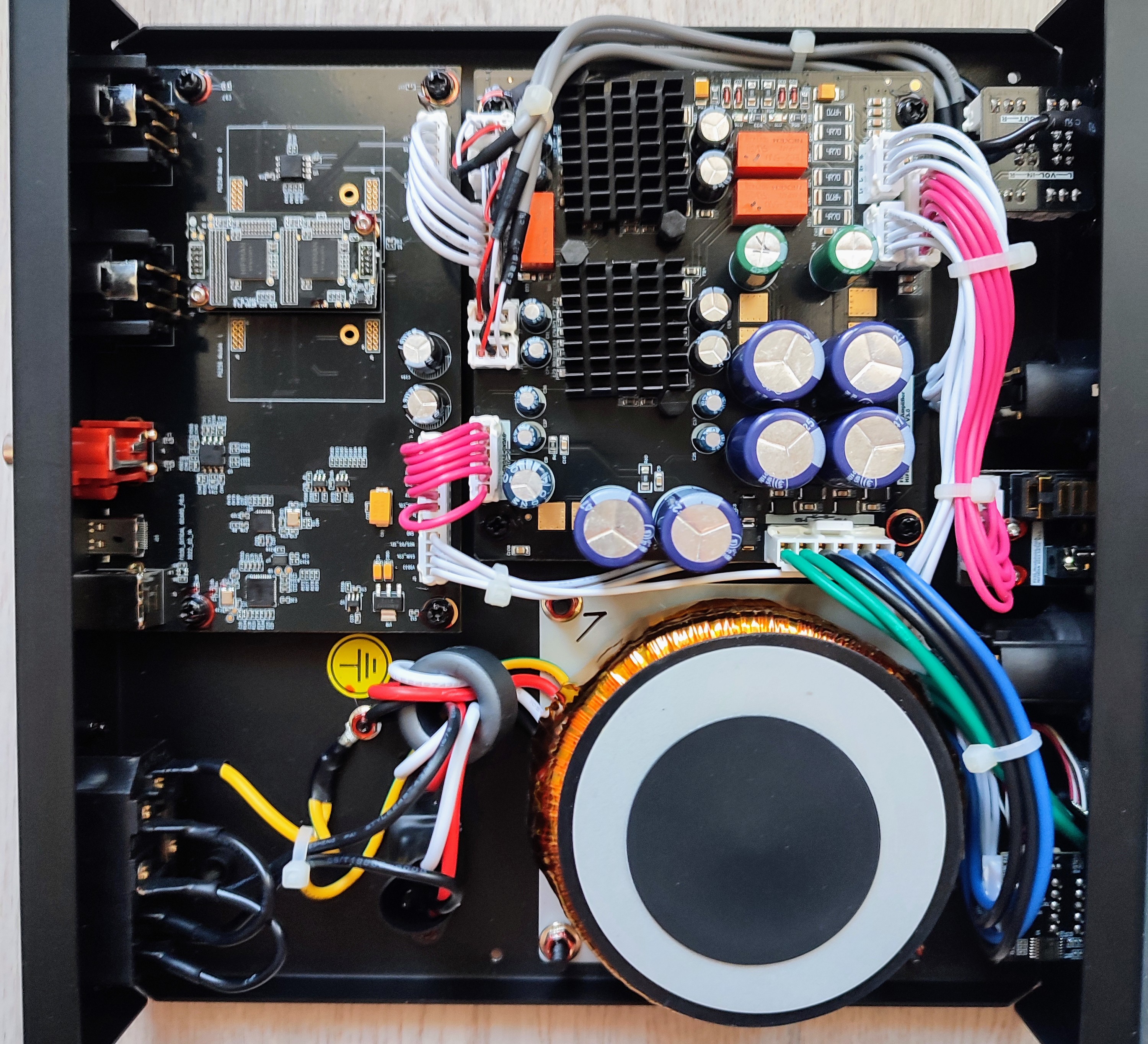 The digital front end of the audio system consists of the Silent Angel Munich M1T streamer with the external linear power supply and the Bonn N8 Ethernet switch.
Everything is powered through two iFi power stations.
The EF400 was tested with various headphones including the Focal Clear Mg, HiFiMan Arya V3 and Ananda with the Lavricables Ultimate upgrade cable, Sennheiser HD8XX and HD660S among others.

The EF400 is very powerful and it had no problem driving all the headphones with ease in the low gain setting, not even reaching half of the volume range.
I don’t have very difficult to drive headphones, like the HiFiMan Susvara but I am sure that there is plenty of power for driving them.
Despite the amplifier being dead silent, it is not suitable for use with sensitive IEMs due to the excessive power and the increased gain factor of the lowest setting.
Under the low gain setting, sensitive earphones become loud too quickly without much of a usable range to properly adjust the volume.
The amplifier performance is excellent, the matching between it and the DAC is superb, so there is absolutely no need to resort to an external amplifier, unless you want to add some tube flavor or tame the power for sensitive earphones use.

The EF400 was extensively tested both in OS and NOS modes, with the former giving considerably better sound performance, at least as far as I am concerned.
NOS mode sounded a little bloomy and unrefined, with less controlled bass and some upper-mids, treble haziness.
The OS mode is superior both in technicalities and overall sound performance so the following impressions apply to this mode alone. 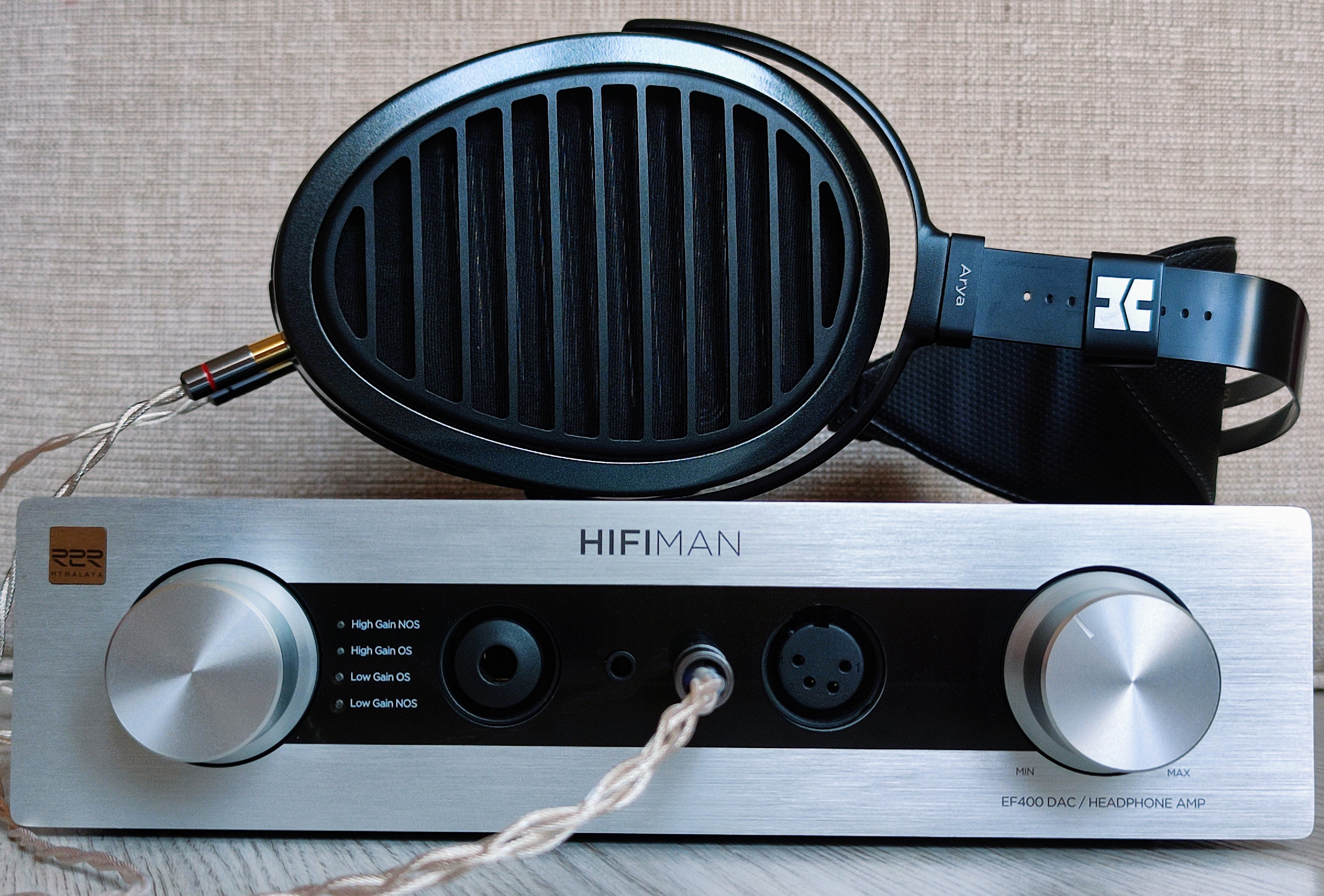 As a standalone DAC

The DAC section of the EF400 retains all the sound qualities and you can happily use the line outputs to an active speaker or an external amplifier and have the same excellent sound performance.

The sound quality is good, very good, almost excellent, with a linear frequency response, great technicalities for the category, and an utterly musical, smooth and engaging character above all that makes the EF400 to shine over the competition.
This is an analogue sounding DAC with the most natural timbre and an organic texture that makes your music sound like real music.
There is a great factor of realism, every single instrument and voices alike are heard with a very convincing tonality and quite close to reality.
The EF400 is expressive and enveloping with a wealth of overtones and colorful harmonics, listening to your music with it is an act of pure pleasure, when you start a session it is almost impossible to stop and the hours keep passing by without even noticing.
Mid-range presentation is deliciously harmonic, listening to classical music is a mind blowing experience, with the right headphones everything sounded extremely close to reality, not only for the timbre alone but also for the concert like scale of the presentation. 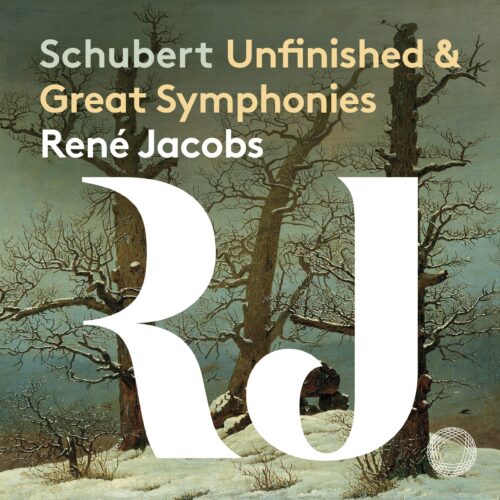 The EF400 is inherently dynamic and impactful with a visceral yet controlled, fast and firm bass.
The soundstage is widely expanded with great depth layering, it surrounds the listener in a holographic and large scale manner while positioning is sharp and accurate.
If classical and acoustic music are not your favorites, don’t worry because the EF400 has all the technicalities, the bite and the clarity that are needed for all other genres, actually there is nothing that the EF400 can’t play with guaranteed success regarding the listeners enjoyment.
It might not be as crystalline, sharp toned or analytical sounding as some other chip based DACs but it is not actually missing much in detail retrieval, transparency and treble fidelity.
What also stands apart in favor of the EF400 are both the tonal coherence and the naturalness of the music flow, with all the individual parts bonded together to form the most integrated and musical sounding whole.
Like when listening to this fine performance of Brahms piano concertos where the EF400 for one more time proved to be a great performer and wholly satisfactory. 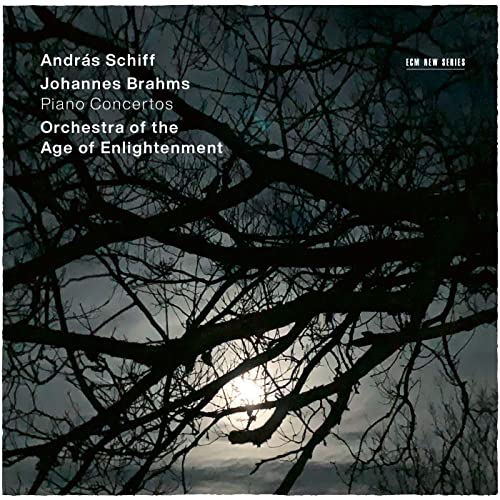 If you have been reading the Aurora review then you already know that it was rated very highly as one of the most musical sounding D/S DAC/amps of the category.
Before we get into sound comparison, it must be said that the Aurora has better functionality than the EF400.
You get coaxial and optical digital inputs plus an analogue RCA input while the DAC output can be switched between fixed and variable.
Still, no other bells and whistles for the Aurora, like sampling rate display while it misses a gain switch and a 3.5mm headphone plug but on the other hand it decodes both MQA and DSD.
The Aurora is also considerably more compact in size while it has a full aluminium chassis.
Power output is almost the same, the Aurora is a beast on its own with 4W/32Ω and as the EF400, is also not ideally suited for sensitive earphones. 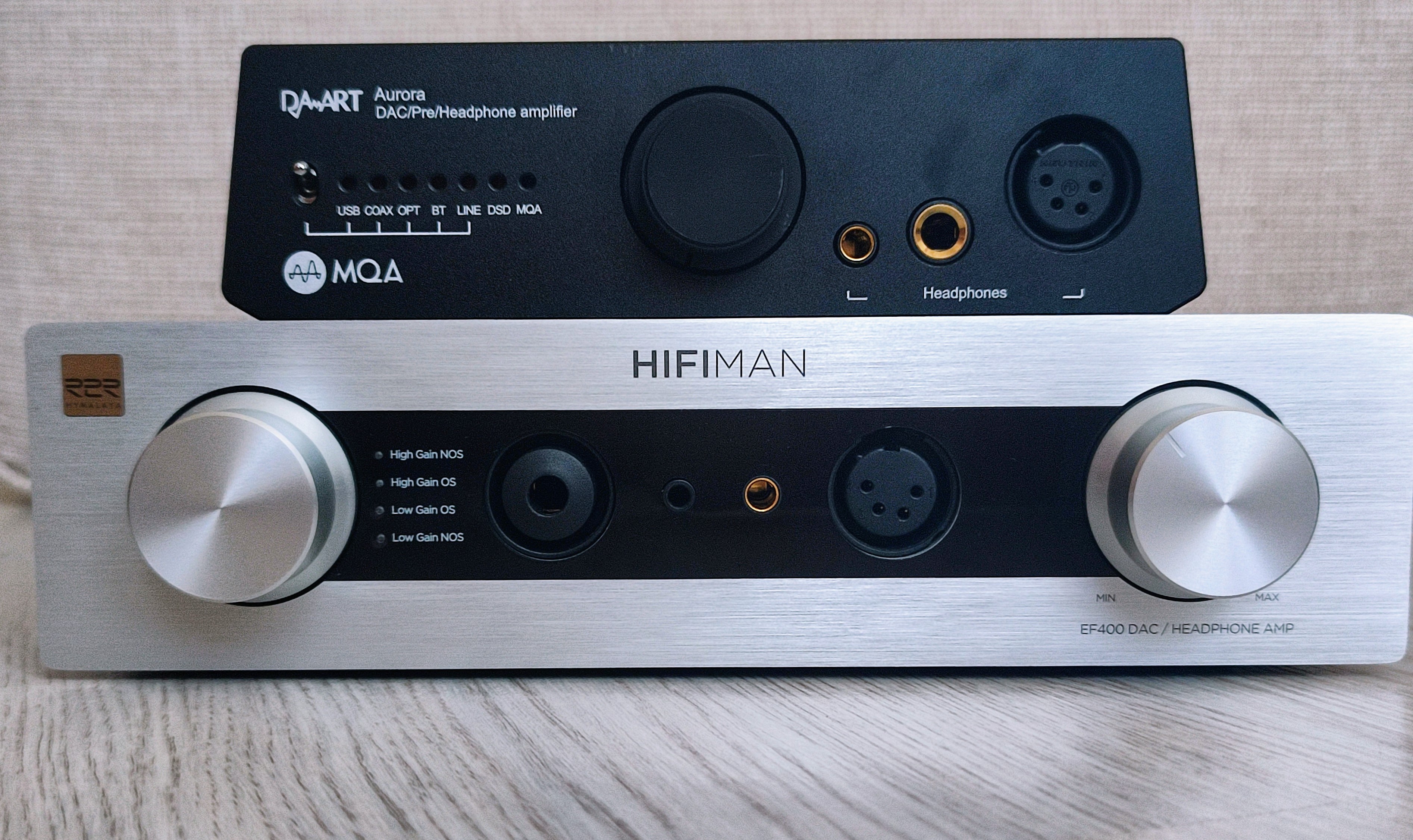 Sound-wise both are excellent sounding, punching well above the category and there is no way to go wrong with any of them.
They do sound very musical and engaging with only some minimal differences.
As is to be expected, the Aurora has the slightest lead in technicalities with increased transparency, more control, punch and firmness on the bass while treble is more resolving, has better bite and a higher textural quality.
On the other hand, the EF400 is more effortless in the music flow, it sounds very analogue and organic with more convincing timbre while the soundstage has better holography and a grander scale.
Two audio devices that are not afraid to sound musical and engaging despite the ongoing better-measurements race and this is why they both get the highest recommendation.

The HiFiMan EF400 is really unique, it must be the only mid-priced R2R ladder DAC/amp in a D/S overcrowded market where most manufacturers are afraid to experiment with something that is out of the norm.
Functionality and design are not really perfect, there is room for improvement but at the end of day what matters the most is the sound.
And the EF400 is actually very good sounding, musical, coherent and expressive with the most analogue timbre, it will play your music very close to reality with every headphones you throw at it, even the difficult to drive ones.
If you are tired of following the D/S chips war and you are looking for something different and unique that leads to another listening path, then you should definitely try the EF400, you might get very positively surprised.