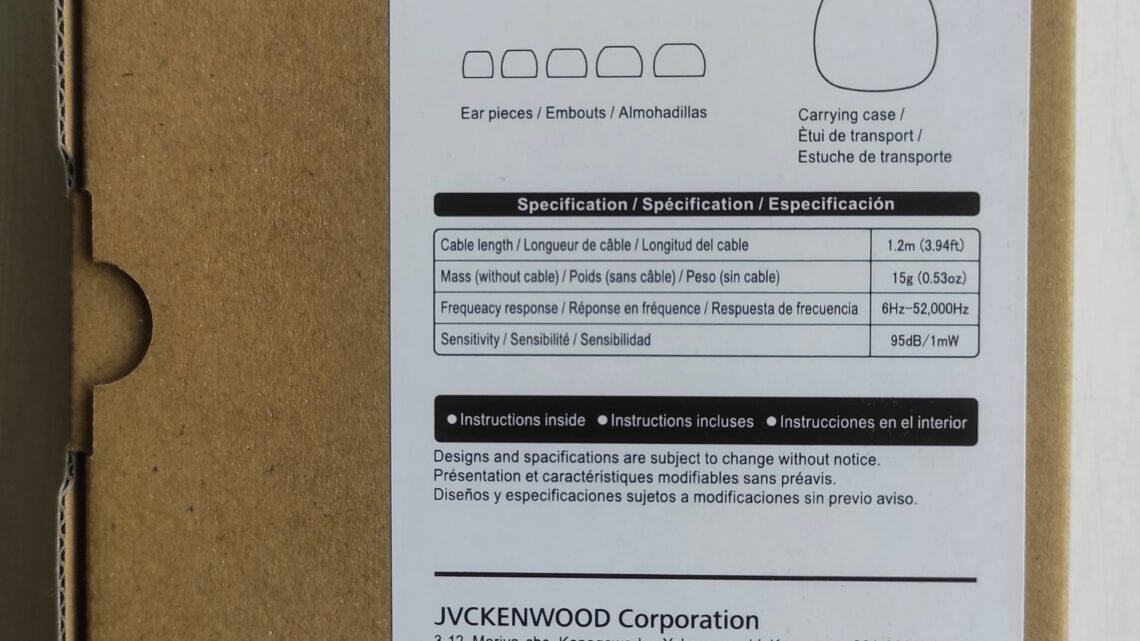 Cons: – Fit can be an issue for some ears
– At this price point they should have included a modular or a balanced cable
– Specific tuning not suitable for all uses
– They need power to sound at their best

The DROP+ JVC HA-FWX1 was kindly provided free of charge by Drop+, never asking for a favorable review.
This is my honest and subjective evaluation of the product.
All links are not affiliated and I don’t earn anything by clicking on them.

JVC has been a world leader in audio and visual technology for nearly a century.
Founded in Yokohama, Japan in 1927, the company originally manufactured phonographs, but its dedication to research, development, and employing the world’s top talent quickly led to additional avenues. Among JVC’s many industry innovations over the years are Japan’s first phonograph, EP record, stereo record player, and VHS video recorder, which spawned a cultural phenomenon in and of itself in the 1980s.
Today, JVC’s innovations in the home-theater, video-recording, and audio industries continue to attract worldwide attention.

The Drop+ HA-FWX1 is not the first time that both companies collaborate to create a unique earphone since they have already released the HA-FDX1 to much critical acclaim.
The HA-FWX1 is a new attempt that follows a radically different sound tuning.
They sell at $449 directly from the Drop+ website.
https://drop.com/buy/drop-jvc-ha-fwx1

With astonishingly natural acoustics and professional-level performance, JVC’s Wood Series IEMs have earned accolades in audiophile communities across the globe.
The new Drop + JVC HA-FWX1, like the flagship HA-FW10000 and the streamlined HA-FW1800, features JVC’s ultra-thin 50-micrometer birchwood dome carbon diaphragm drivers to deliver expansive, natural-sounding audio.
Where it differs from its predecessors is the tuning.
Drop+ worked closely with JVC to tame the HA-FWX1’s bass frequencies, creating more space for the expressive midrange and natural treble response.
The result, according to Drop+, is a warmer, sophisticated counterpart to the analytical HA-FDX1, and a mid-focused alternative to the bassier HA-FW1800.

Like the HA-FW1800, the HA-FWX1 is a stripped-down take on the flagship HA-FW10000, featuring the same 11m Wood Dome drivers for excellent sensitivity, frequency response, and natural tone.
Deviating from the HA-FW1800’s stronger bass presence, the HA-FWX1 is tuned to give center stage to the golden midrange, while fortifying high frequencies for more texture and detail.
Together with Wood Series staples like a precisely crafted acoustic purifier, wood housings, and a high-energy magnetic circuit, these drivers give the HA-FWX1 a large dynamic range with plenty of warmth.
The HA-FWX1 is made in Japan and that explains the higher asking price. 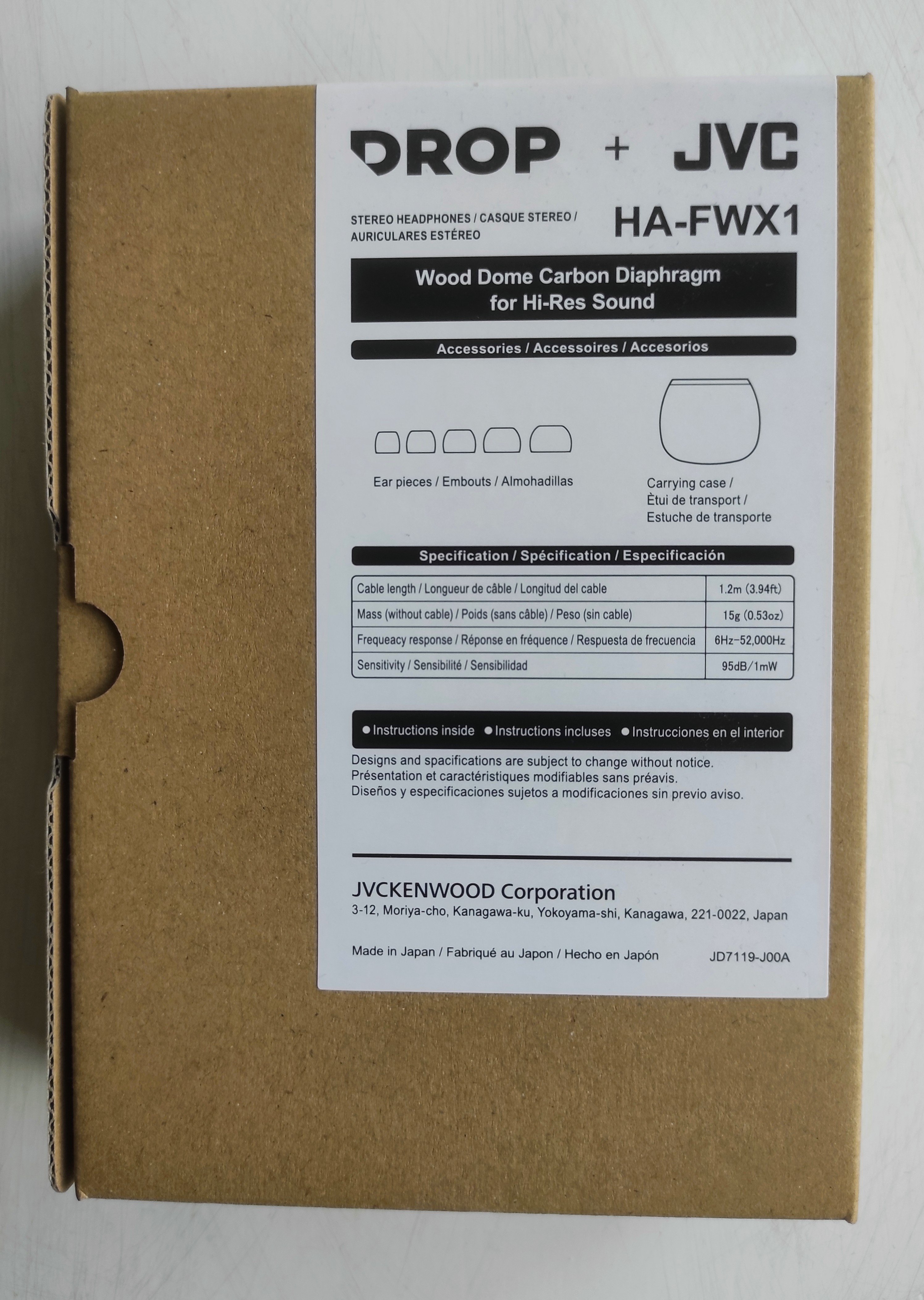 The HA-FWX1 features a detachable cable with MMCX connectors that is made from copper-clad aluminum alloy with isolated left and right sides.
It is very slick and well made with some kind of matte plastic reinforcement and low microphonic noise.
The plug is a 3.5mm and at this price point with all that competition from China, a modular plug cable or at least a second balanced one should have been included. 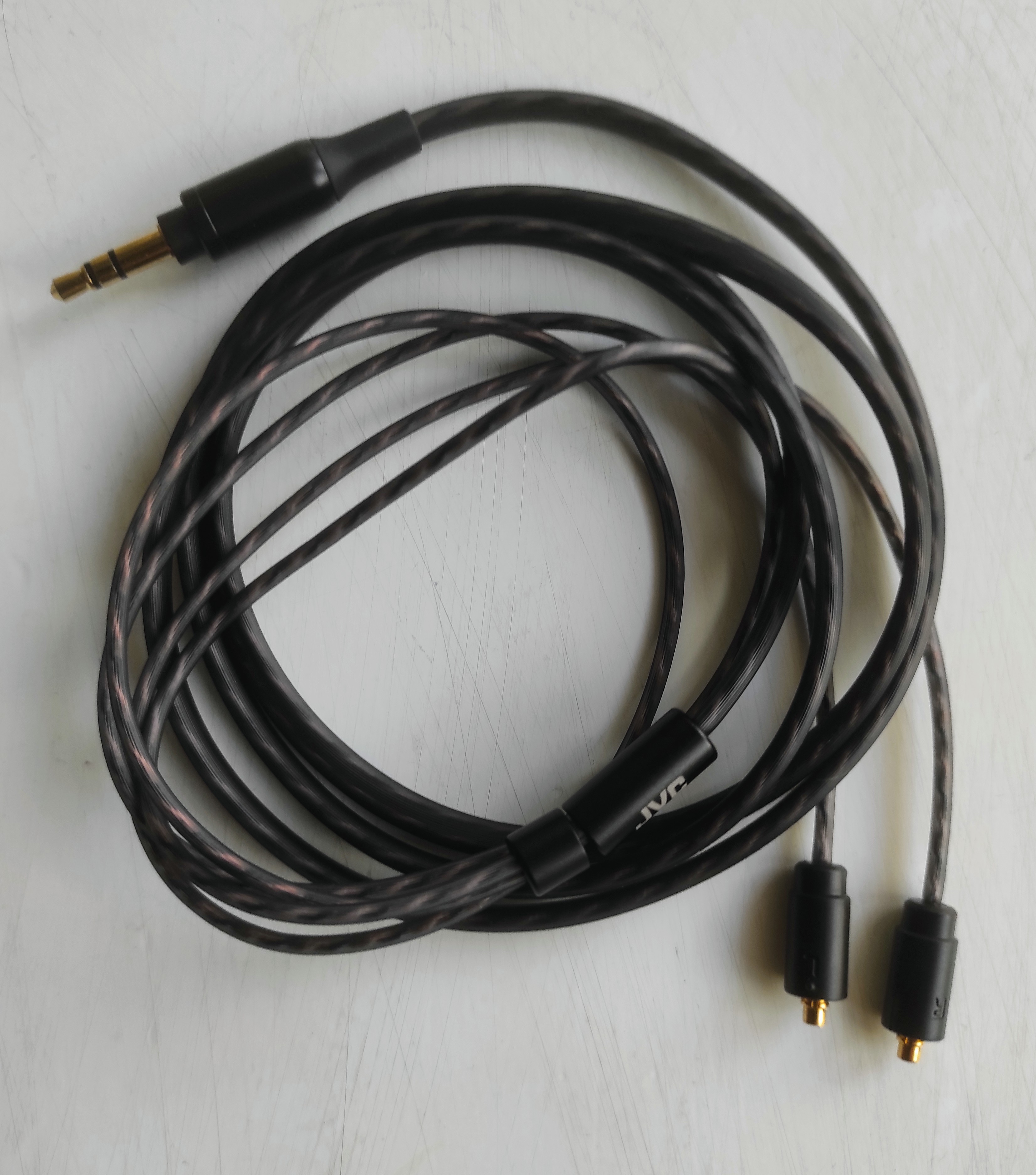 The HA-FWX1 comes with five sizes of JVC’s authentic Spiral Dot + ear tips made from SMP iFit material, nicely arranged in a handy plastic, holder card and a leather carrying case with a magnetic close.
The Drop+ JVC HA-FWX1 ships in an environmentally friendly package made from recycled cardboard that saves energy and money. 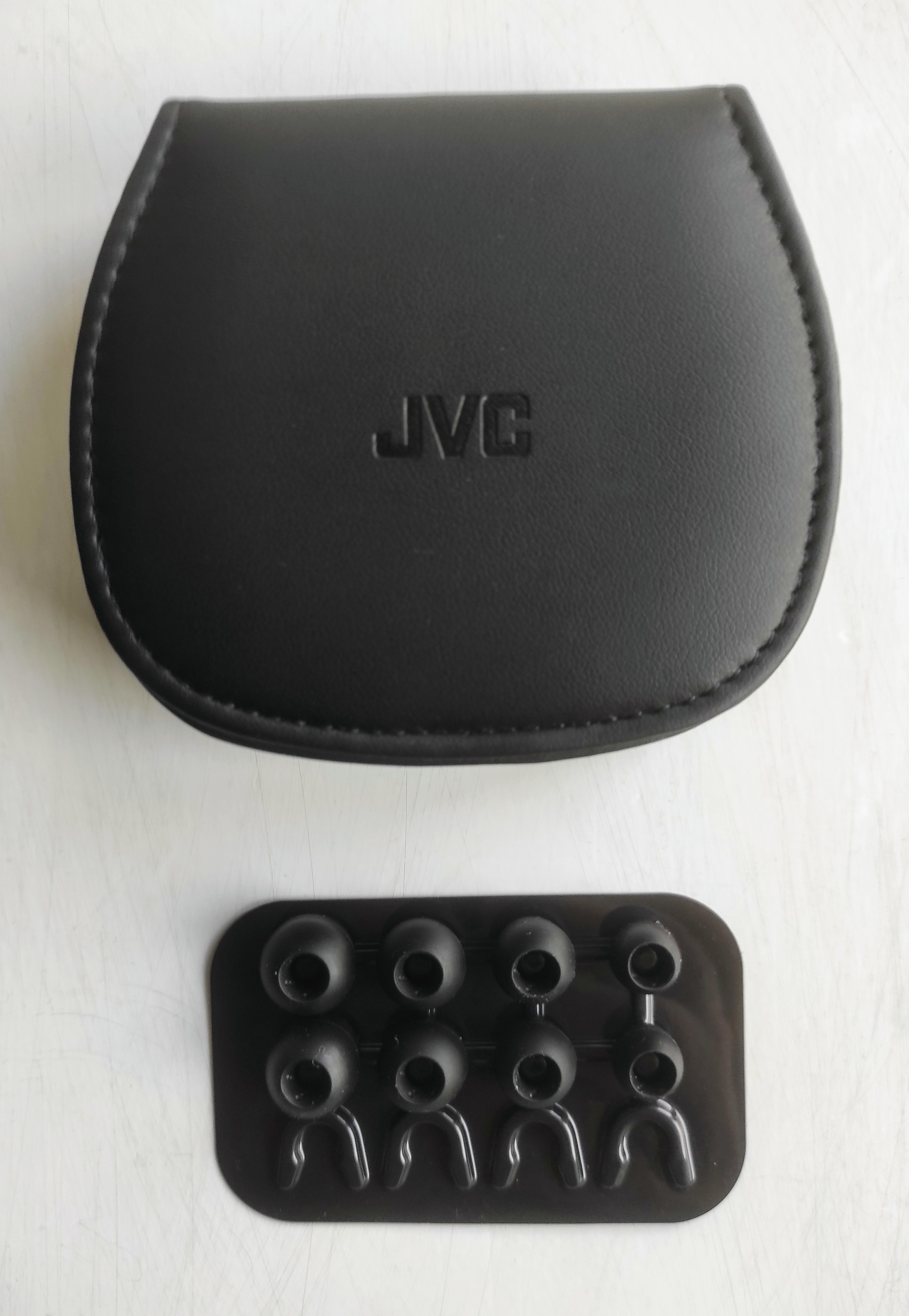 With a brown colored natural wood body and a shiny metallic top, with the JVC and D logo printed on it, these are two beauty earphones to look at and feel.
They remind of an artisan handcrafted jewelry rather than something that is mass produced.
Build quality is excellent and they seem to be very sturdy, both the shells and the MMCX connectors. 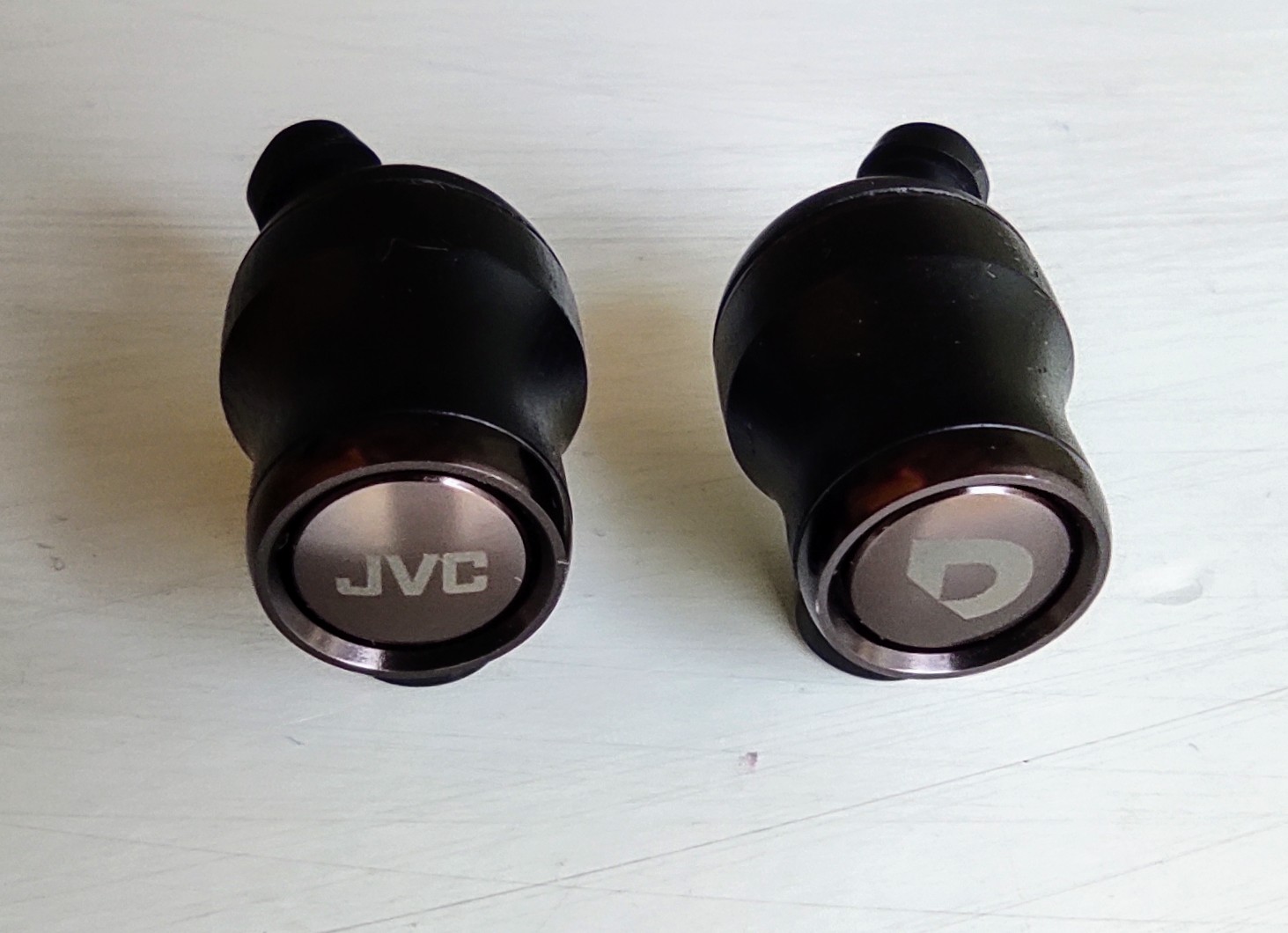 The JVC HA-FWX1 is designed to be worn the traditional way with the cable down.
The shell itself is lightweight (7.5gr each) and not very bulky but fitting may be troublesome for some users because of the relatively short length and the backwards (opposite) angle direction of the nozzle.
Thanks to the five sizes of ear tips we succeeded in achieving a proper fit but not a very tight one so we wouldn’t suggest this for exercise, they are better suited for stationary listening.
The fit inside the ear is sufficient to offer good passive noise attenuation despite the two front venting ports. 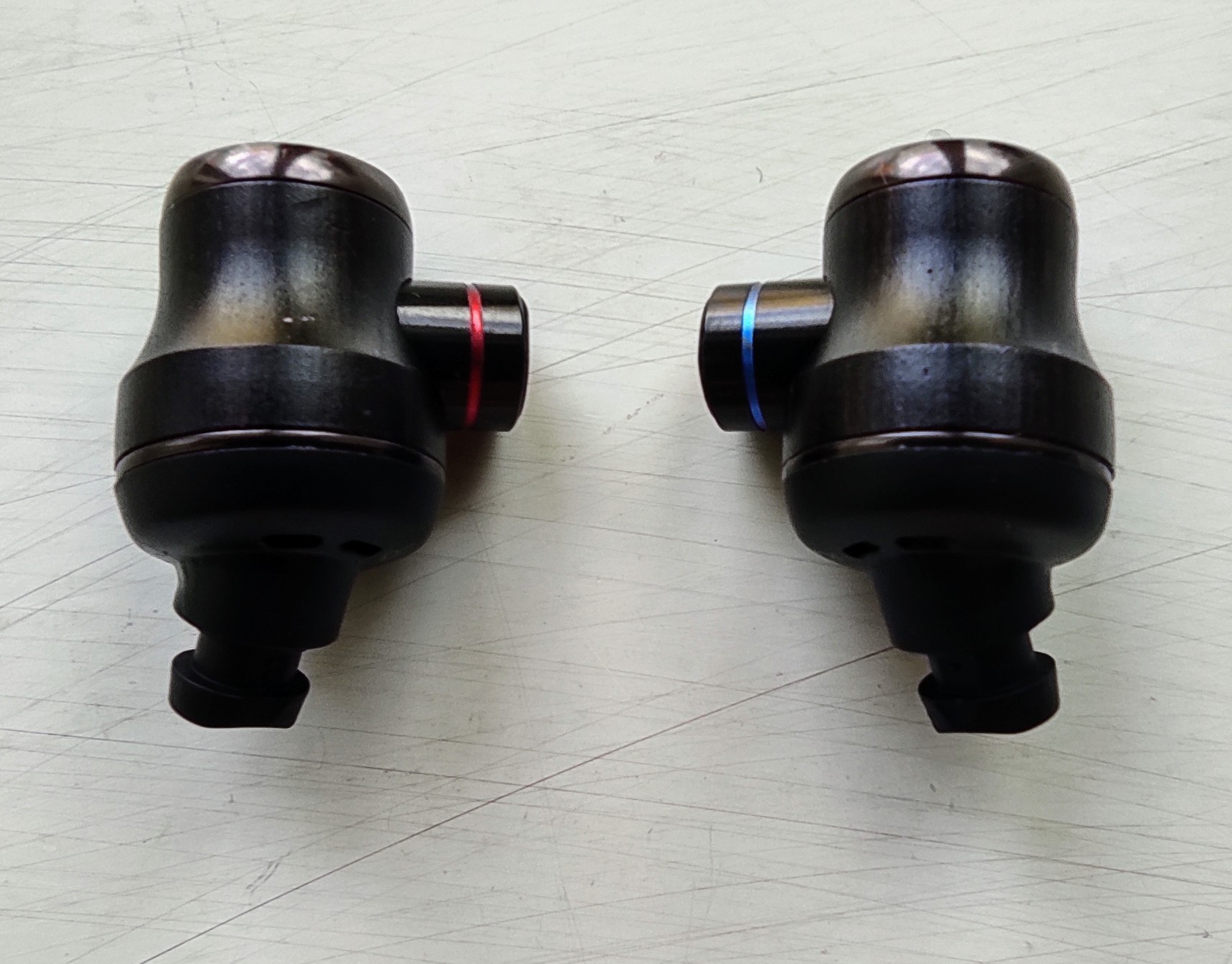 The JVC HA-FWX1 definitely needs some proper burning time before they sound at their best.
Believe it or not you will be surprised to discover the noticeable improvement after about 80-100 hours of use so don’t rush into early judgment.
Drop+ doesn’t specify the actual impedance but they do state that they are rated at a sensitivity of 95dB/1mW.
They aren’t that inefficient but they definitely need a good source able to provide enough current with some headroom on tap.
During testing it became pretty apparent that the usual low power output USB dongles aren’t enough to make them sound at their full potential.
If you don’t feed them with the power they ask then the bass is going to sound out of control, anemic and bloomy.
So be prepared to reach for more powerful sources, at least like for example the EarMen Eagle or even better the THX Onyx. 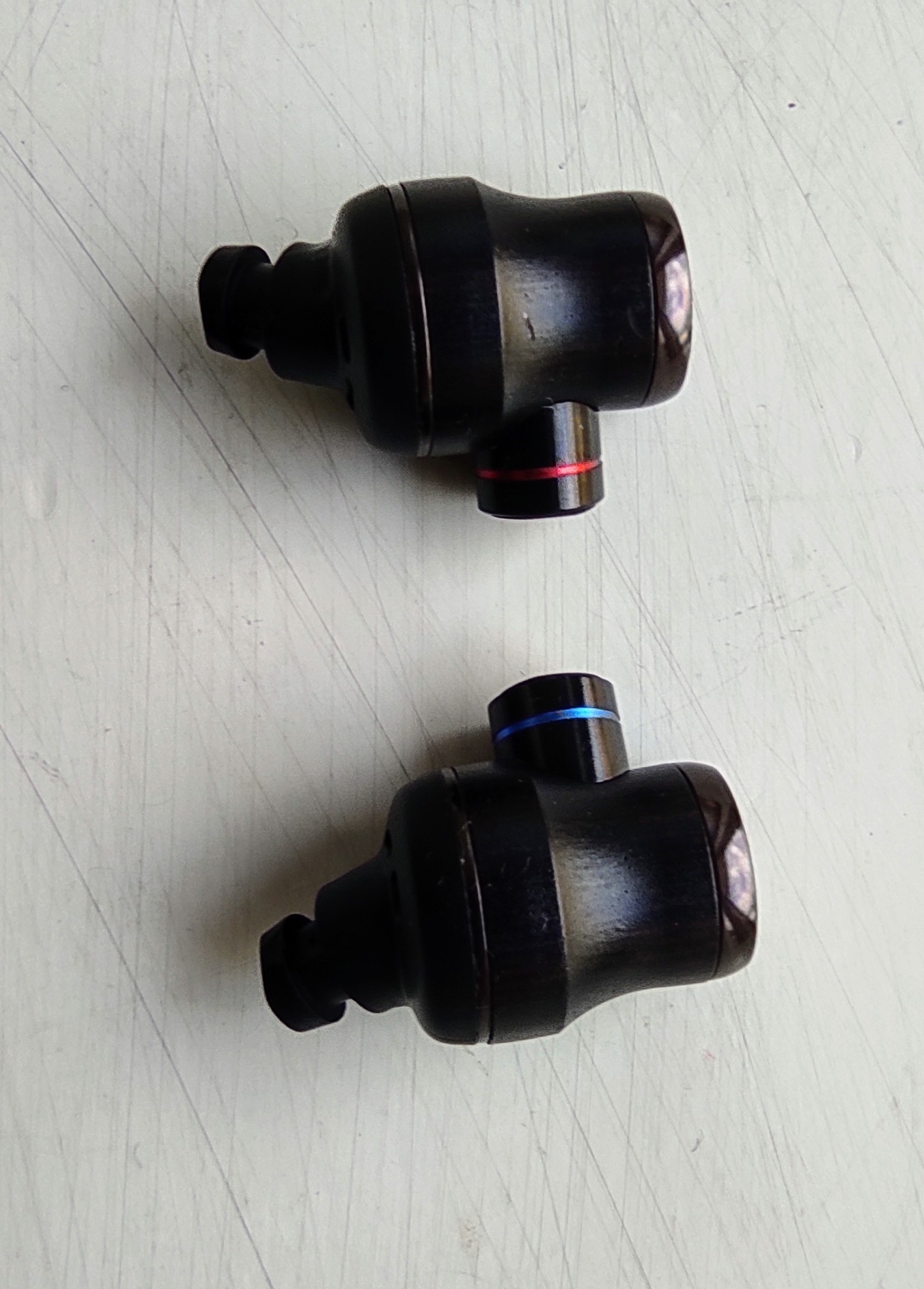 The JVC FWX1 was definitely tuned with the bass loving crowd in mind but not in the overblown “bass rule ’em all” manner.
This time Drop+ and JVC opted for a more balanced approach avoiding suffocation by allowing space for the rest of the frequencies to breathe and stay alive.
There is a generous sub-bass boost followed by a downsloping bass emphasis with the result of a prominent, full sounding low end till the deepest of the notes.
It is a weighty and bone rattling presentation with convincing dynamics while it exhibits a good level of technicalities as it is sufficiently controlled and tight without becoming boomy.
The most interesting part is that despite the emphasis the mid-bass doesn’t sound overly clouded and the masking effect is on the minimal side, so multi-layered bass instruments are well defined with sufficient level of detail although layering and articulation aren’t top notch. 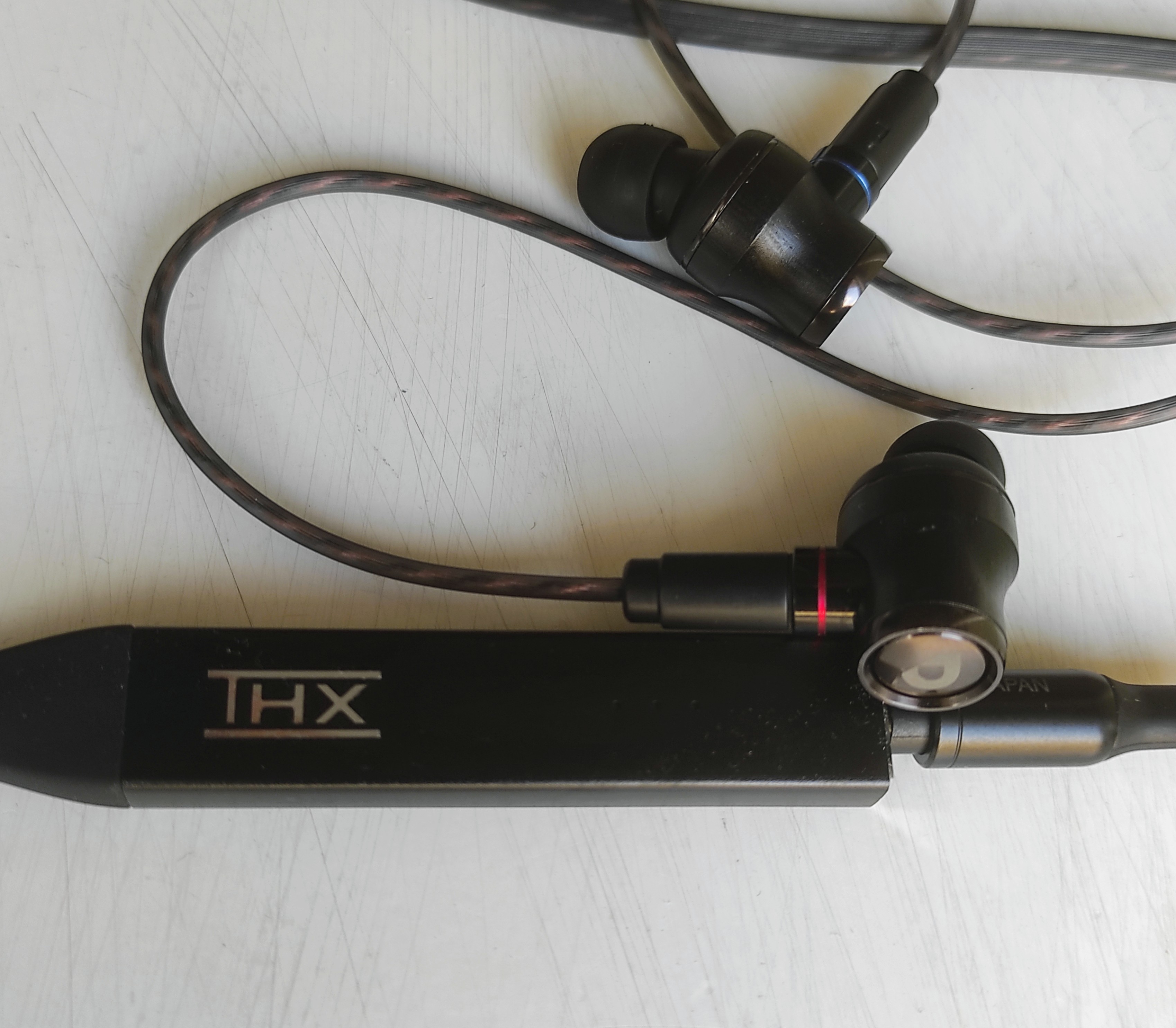 Midrange, thankfully, isn’t dominated by the bass and there is enough space left for it to shine and speak of it’s story.
Voices, guitars and other instruments are well portrayed, only slightly dialed back in favor of a treble prominence which is essential for letting the FWX1 breathe.
Frequency graphs might be deceiving and someone should think the FWX1 is leaning towards the brighter side but this is far from the truth since there is a well thought contrast behind the frequency response, in order to add the necessary sparkle and clarity without becoming fatiguing.
Higher frequencies sound smooth and well controlled and although they are not that extended nor too resolving they are very likable due to the convincing tonality.
What is so special about the FWX1 is the timbre which has a wooden warmth and a natural feeling to it that in combination with the slower decay is giving a laid back, darker sound approach with great levels of musicality and a lifelike texture.
The scene is portrayed with fairly natural proportions favoring width rather than depth while instruments seem to be loosely blended together instead of being tightly seated with pinpoint accuracy.
Obviously the FWX1 will favor certain kinds of music and sound tuning preferences while it wouldn’t count as the first choice for reference sessions and music where a balanced tonality is of primary importance as classical music. 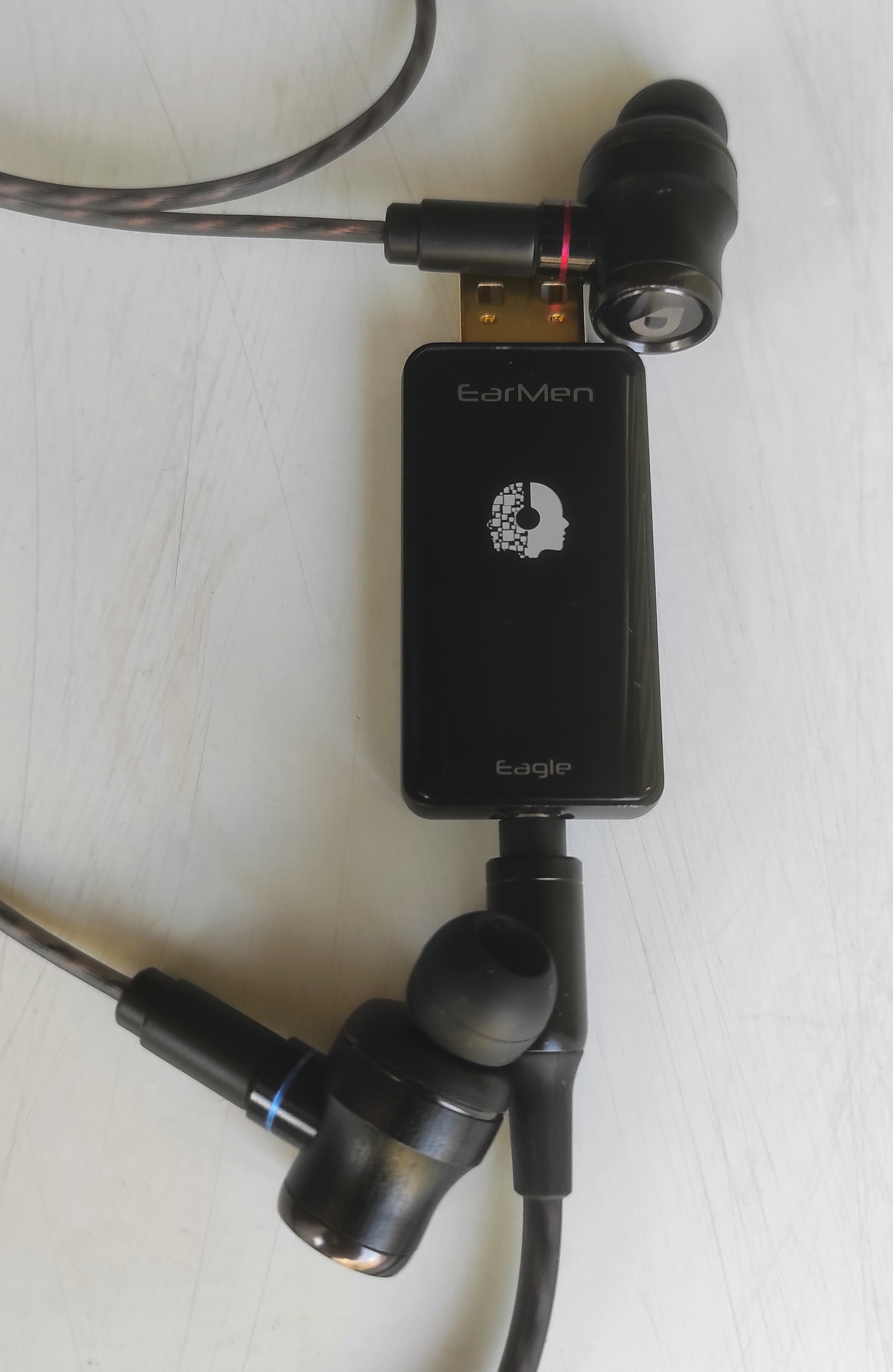 The DROP+ JVC HA-FWX1 is a unique earphone with a specific tuning that was never meant to be a reference or an all rounder and honestly there is nothing wrong with that.
Designed for a special audience, that if you happen to be part of it, you are going to love it, not only for the preferred sound signature but also for the technical refinement, the artisan looks and the excellent craftsmanship.