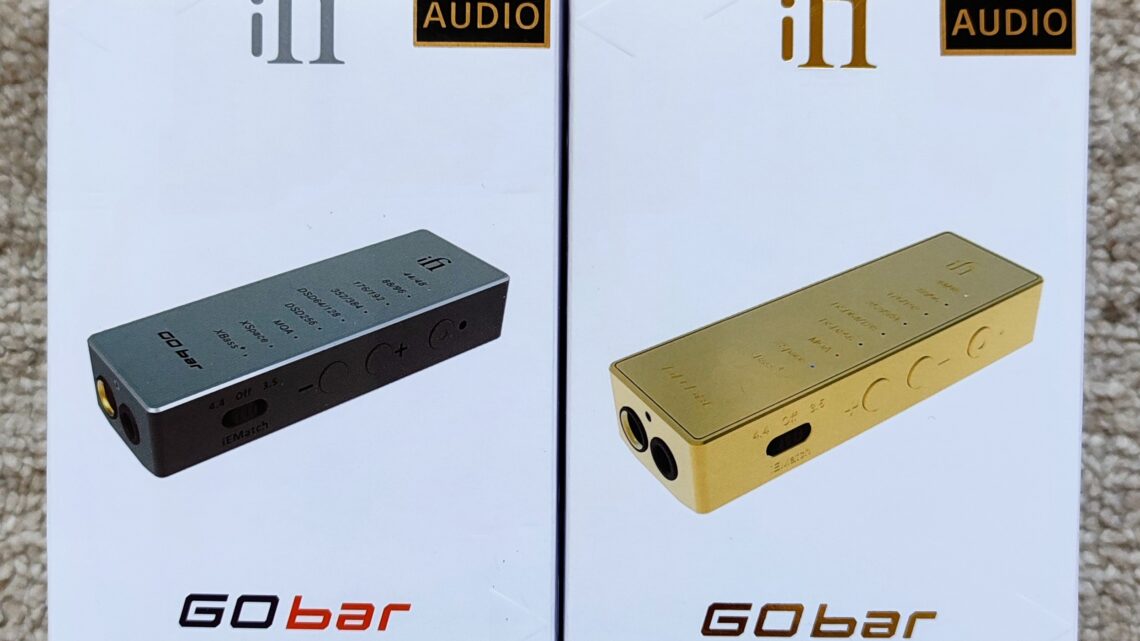 Not your daily diet bar

The review samples were kindly loaned to me for reviewing and I didn’t receive monetary or any other kind of compensation.
The price of the regular Go bar is $329 and that of the limited anniversary edition is $499.
You can buy them from all authorized dealers around the world.

USB DAC/amp dongles are becoming the new trend and not without a reason since they are portable, don’t require charging and their sound performance is rapidly improving.
iFi is a little late to the party but as they say better late than never. 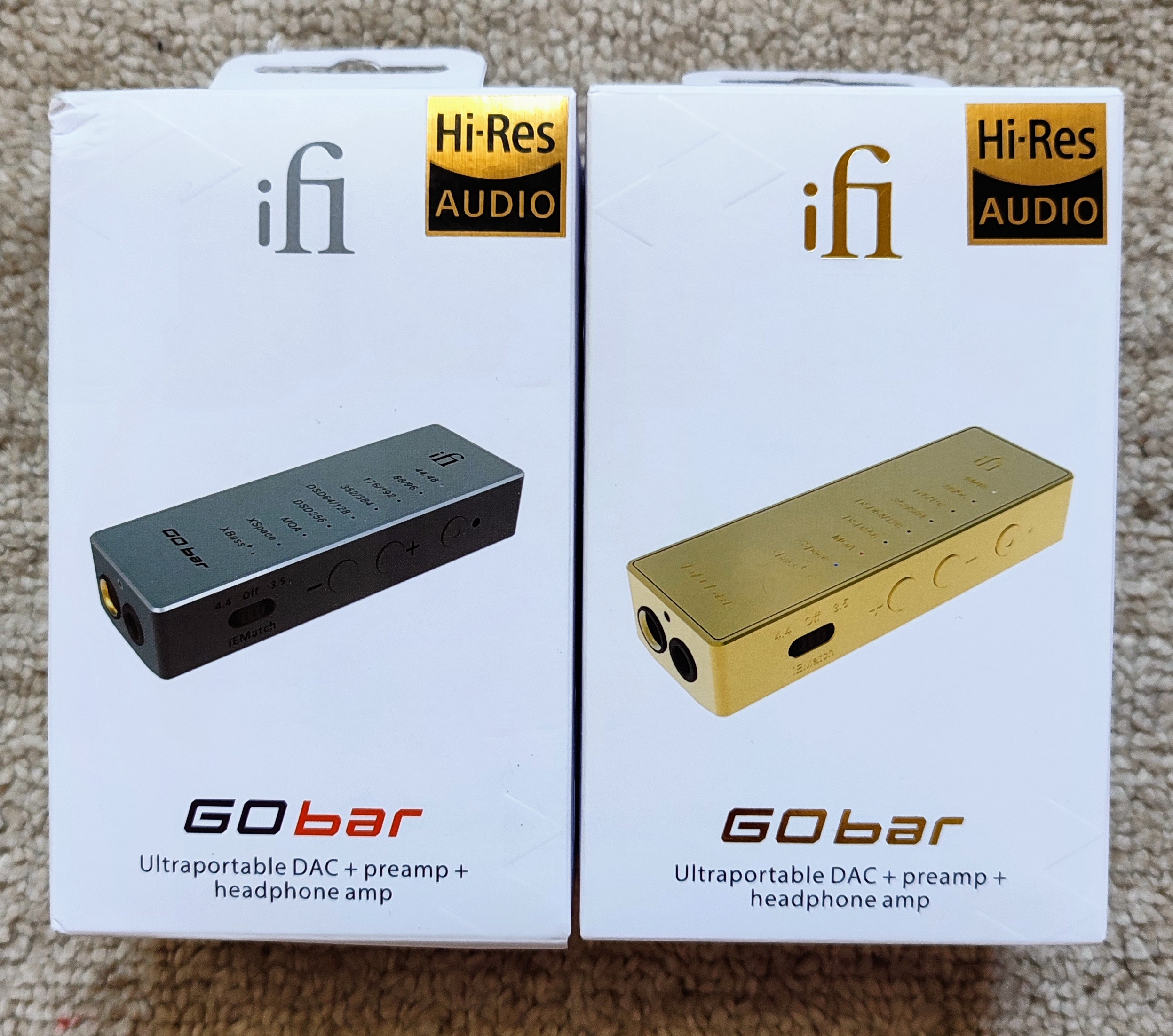 The Go bar is an ultraportable USB DAC/headphone amp that connects to your laptop, MacBook, tablet or smartphone or any other digital device with a USB port.
At one end is an asynchronous USB-C input and at the other a pair of headphone outputs.
A 4.4mm fully balanced output – headphones with a balanced cable/connector can benefit from the fully balanced circuitry of the GO bar and 3.5mm with S-Balanced tech output which cuts crosstalk and noise by 50% with regular single-ended headphones. 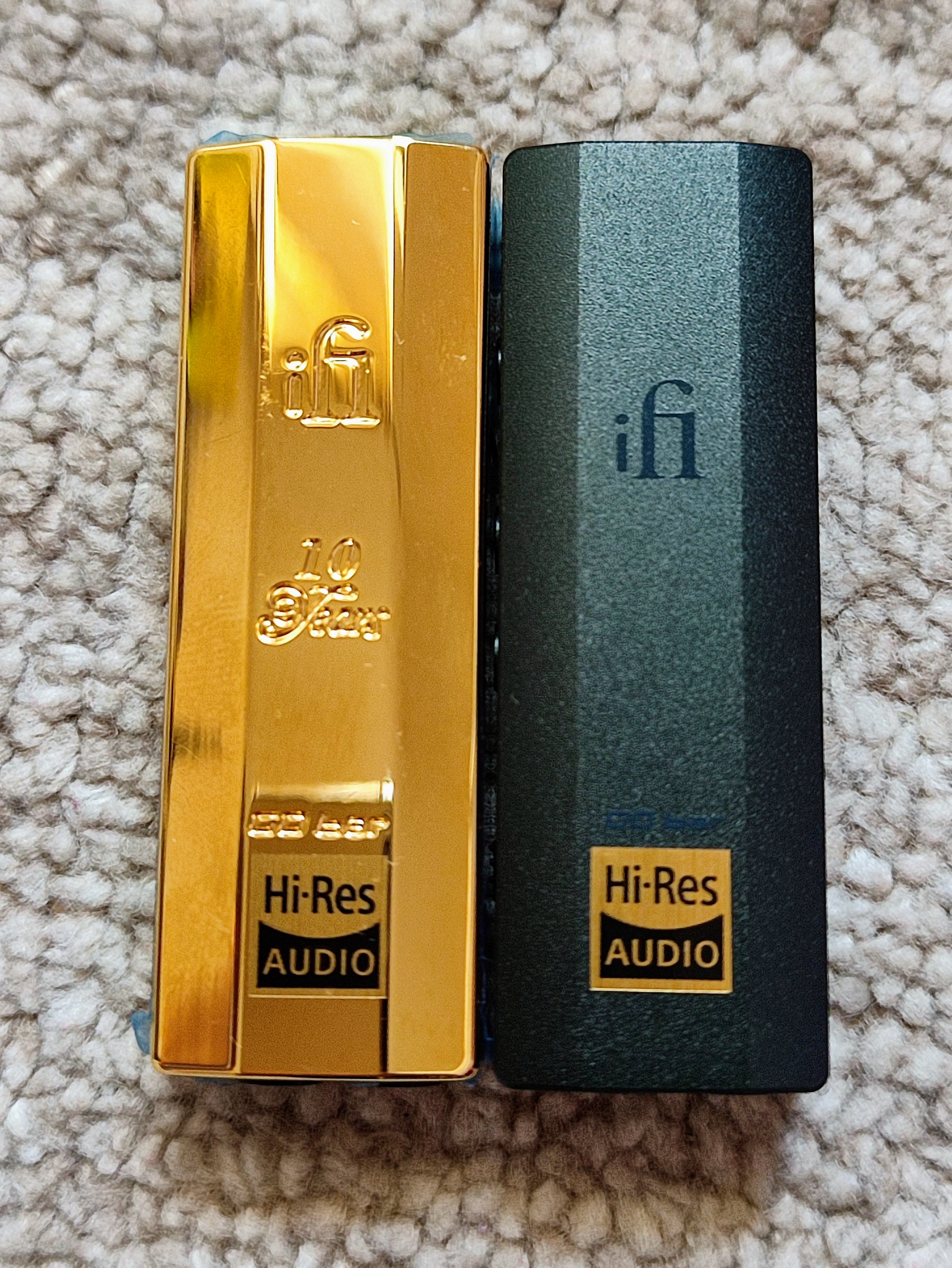 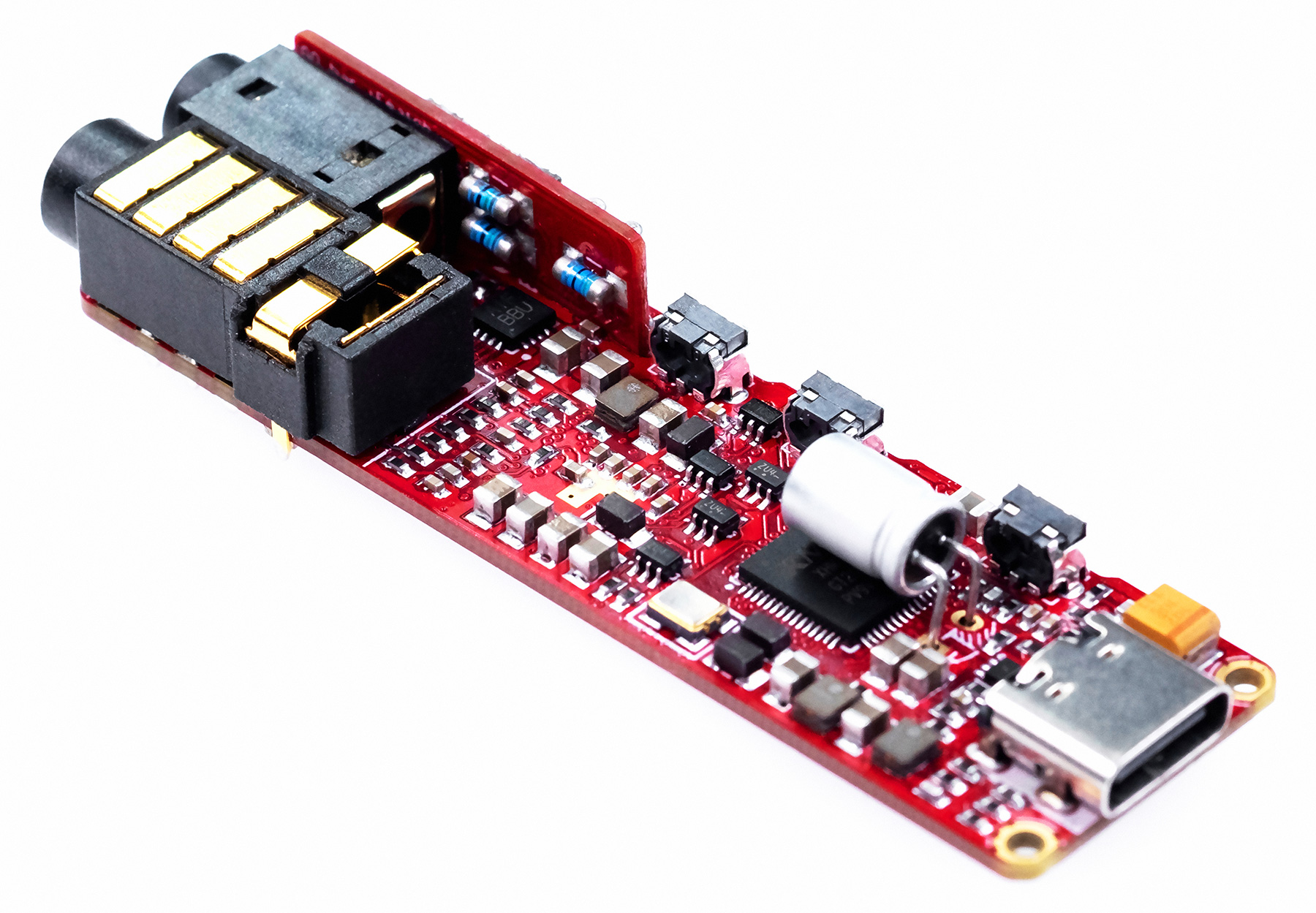 Then there is a discrete analogue circuitry that sports a balanced circuit design with a symmetrical twin-channel output stage.
This reduces noise and crosstalk in the signal path by fully separating the left and right channels.
This is something usually found in larger and more expensive amplifiers.
The circuitry is packed full of high quality components and special attention has been paid to power supply filtering too, dramatically reducing signal noise introduced through the USB input. 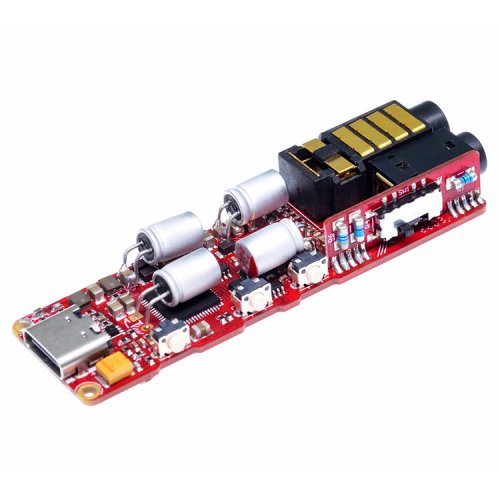 The amp is capable of 475mWPC into 32 ohms or 7.5V into 600 ohms from the balanced output making the Go bar one of the most powerful USB dongles in the market.
Alas, such high power output comes at cost, the power consumption of the Go bar is as high as 4W or 800mA when the FiiO KA3 is just 120mA.
In simple words this means that it is going to deplete the battery of the host device faster than you might think.

The GO bar also incorporates two power tuning technologies:
iEMatch – attenuates power to suit high-sensitivity headphones and IEMs, it removes background noise and increases usable volume range.
iEMatch is available for both balanced and single ended outputs and you can enable it by the means of a tiny switch located at one side of the unit.
Turbo – ramps up the gain by 6dB to satisfy more power-hungry headphones.
You can switch between regular and turbo modes by simultaneously pressing the volume up and down buttons.

The Go bar has implemented two analogue processing modes:
XBass+, which is an analogue bass boost to ‘add back’ lost bass response for more accurate reproduction of the original and
XSpace, a holographic sound field to open up your music to give you the spaciousness of a live concert.
They can be engaged separately and together.

The GO bar’s smart alloy case sports physical buttons for precise volume adjustment plus controls to select between various sonic tuning options. A column of coloured LEDs provides a handy guide to the format and sample rate of the digital audio currently playing, and whether XBass+ and/or XSpace are engaged.

iFi are celebrating their 10th anniversary and they have created a special edition of the GO bar.
Limited to 1000 pieces, the 10th Anniversary Limited Edition GO bar is smothered in show stopping gold-plate and boasts:
A copper chassis for enhanced build quality and shielding plus an enhanced power supply filtering.
The weight is 64g, a whole 40g more than the original. 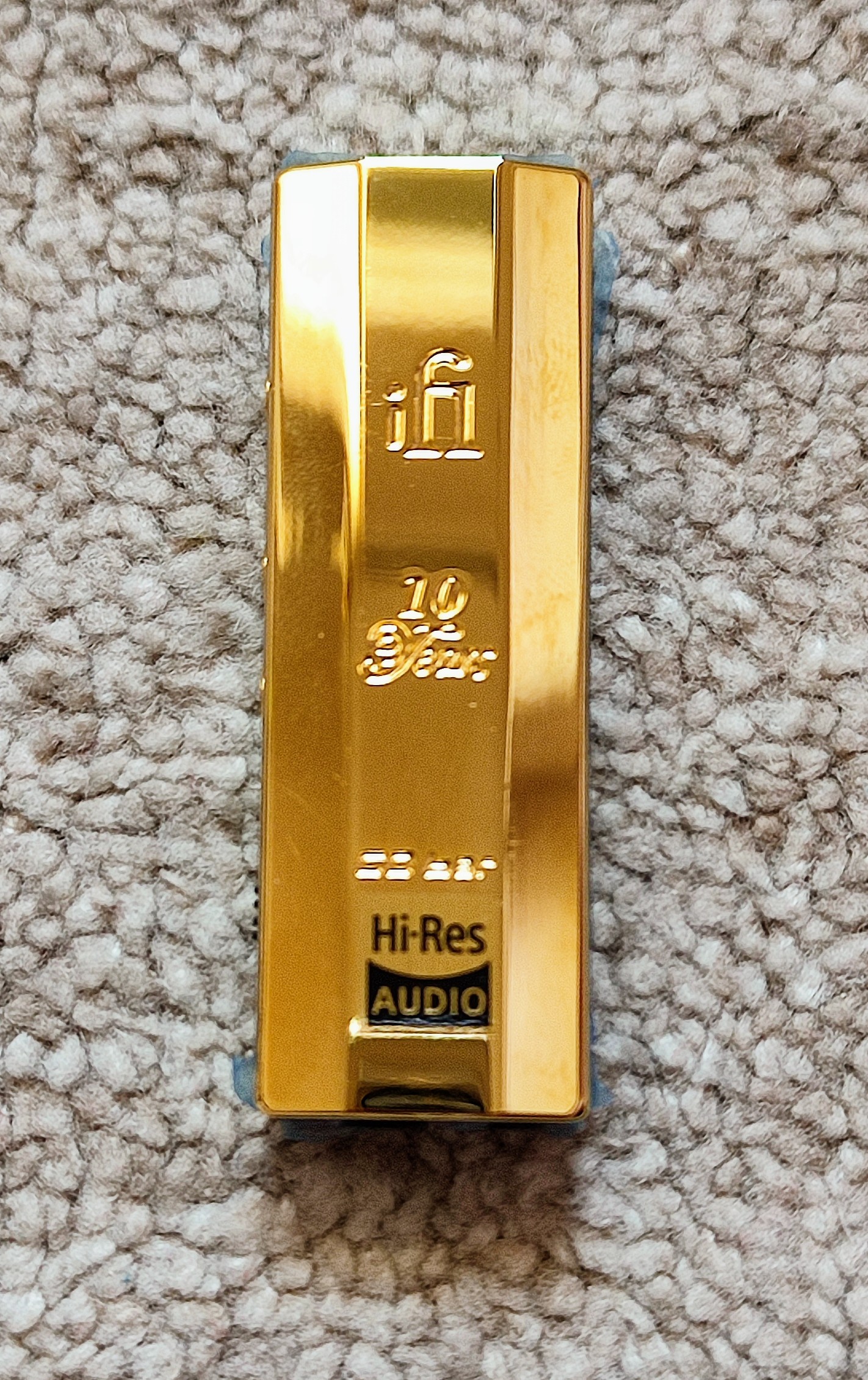 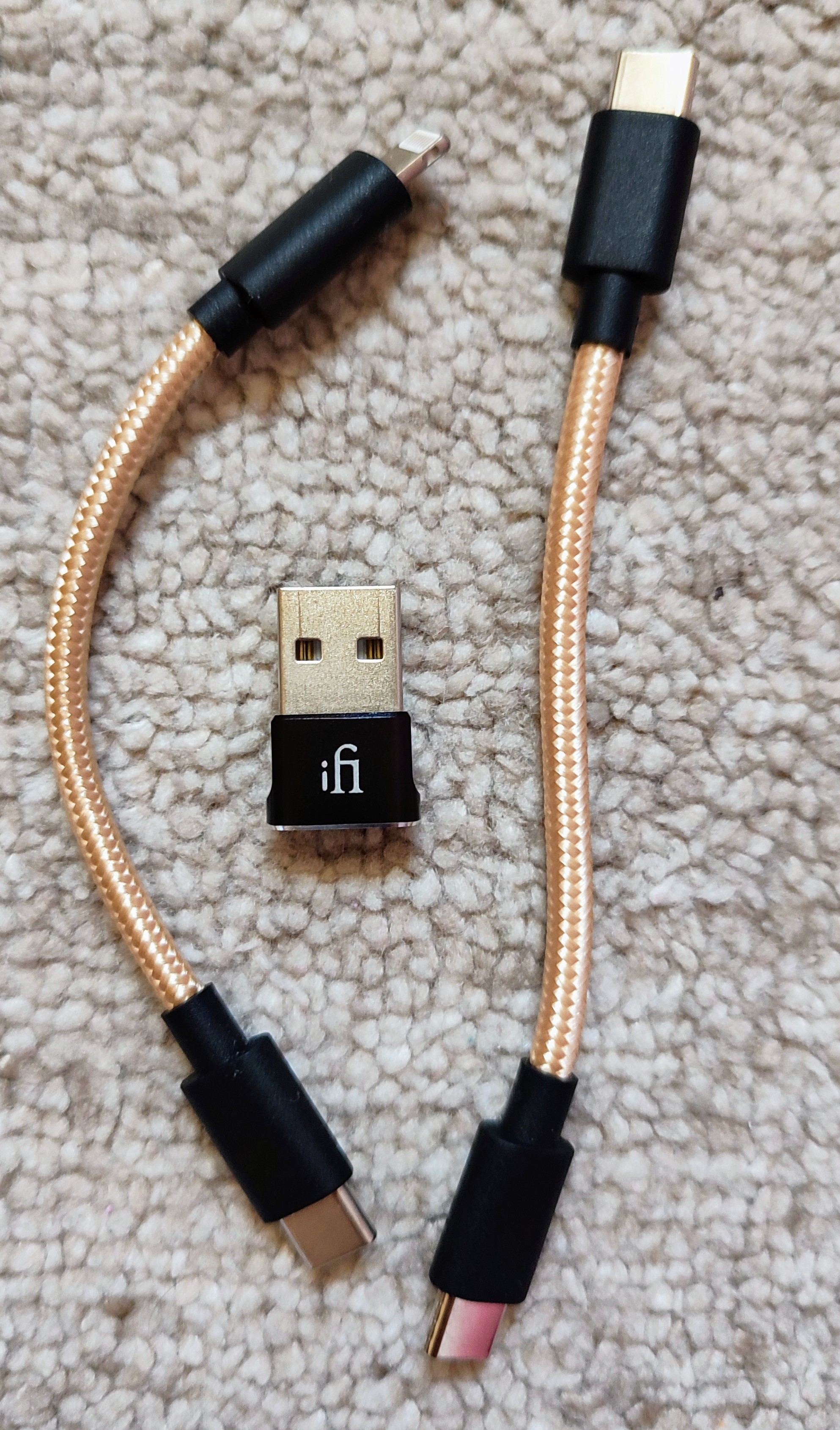 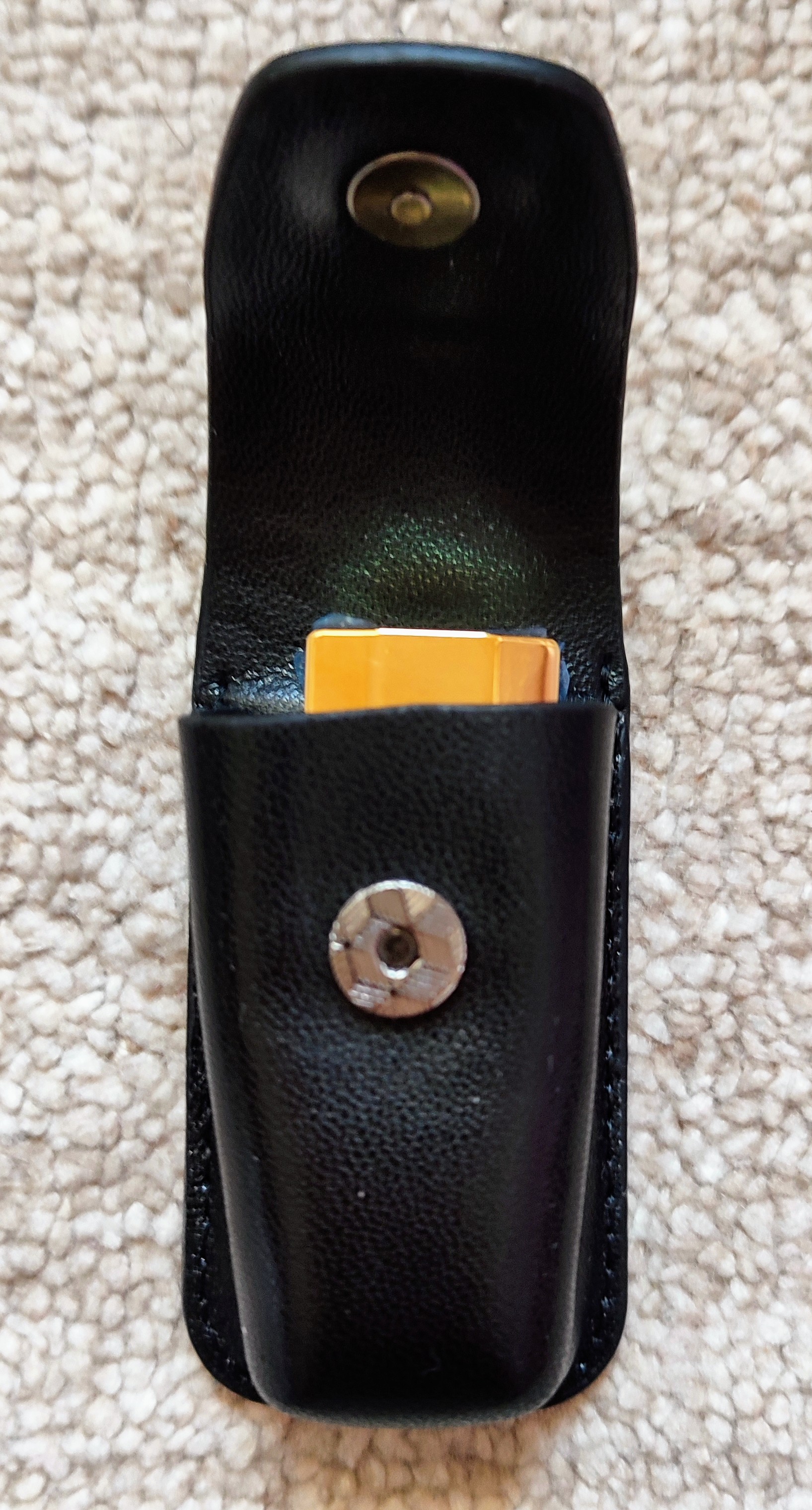 The original Go bar is made from metal alloy with excellent build quality, it has a dark grey finish that is scratch resistant and a modern, minimalist appearance resembling, what else, a bar.
The gold plated anniversary edition is like a miniature gold bar and has a sturdier case in expense for the increased wait.
It looks luxurious and very beautiful but it is a fingerprint magnet and care should be taken as not to scratch it.
The notification LEDs are more easily discernible in the regular version than the gold one. 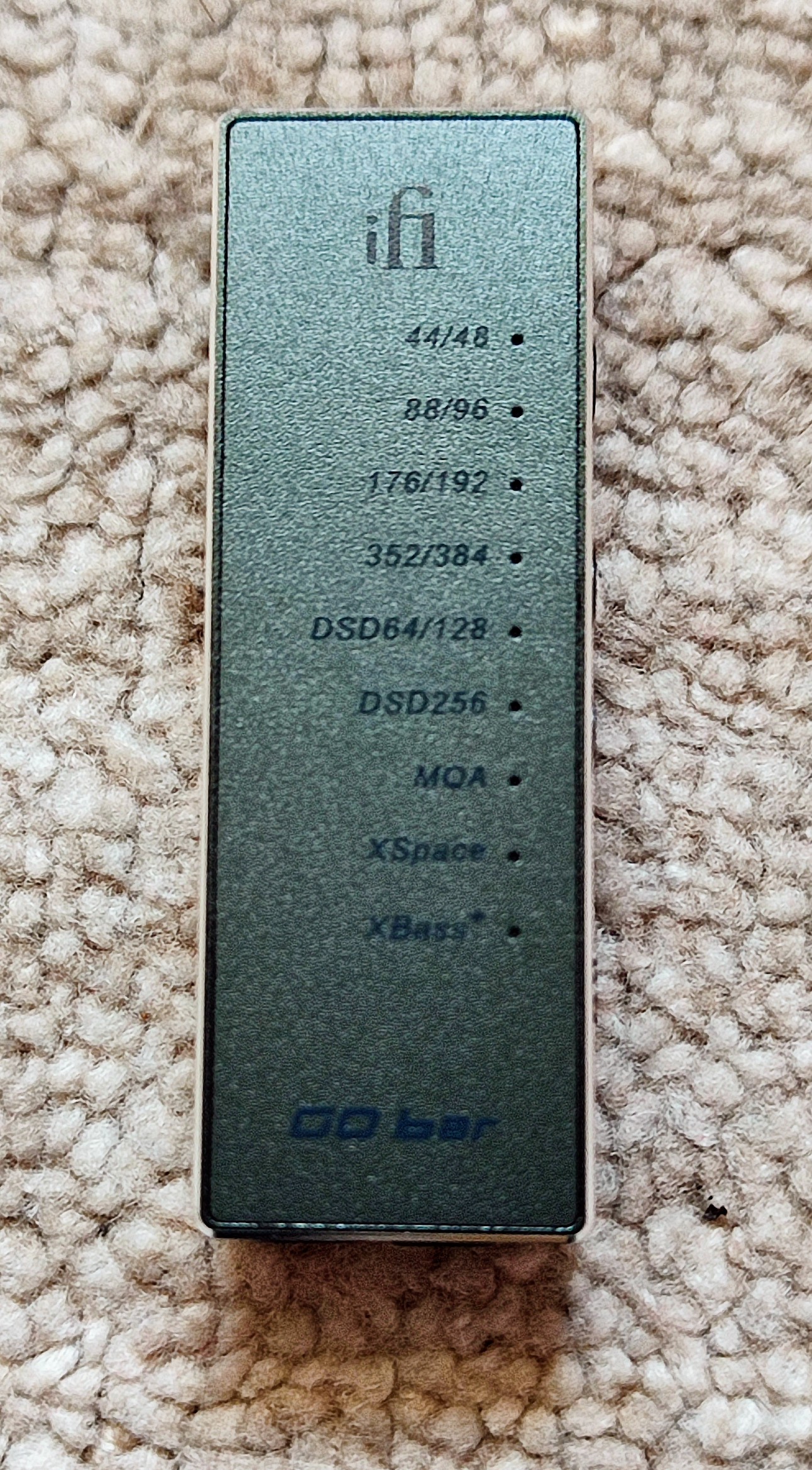 Both devices were tested with more sensitive IEMs, like the Unique Melody MEXT, FiiO FDX, Meze ADVAR and regular headphones like the Focal Clear Mg and the Sennheiser HD660S both balanced and unbalanced.
Power reserves are just great, as an example with the HD660S I got some great driving results without passing ¾ of the available volume setting.
The Go bar is dead silent with excellent shielding from EMI interference while the Anniversary edition has an even better performance with a blacker background.
Most of the listening was done with an Android tablet and a phone but I also used a couple of DAPs as dedicated transports.
And while there was a slight improvement, mostly in the clarity of the sound, I don’t see why someone would buy the Go bar and use it with a DAP as a transport. 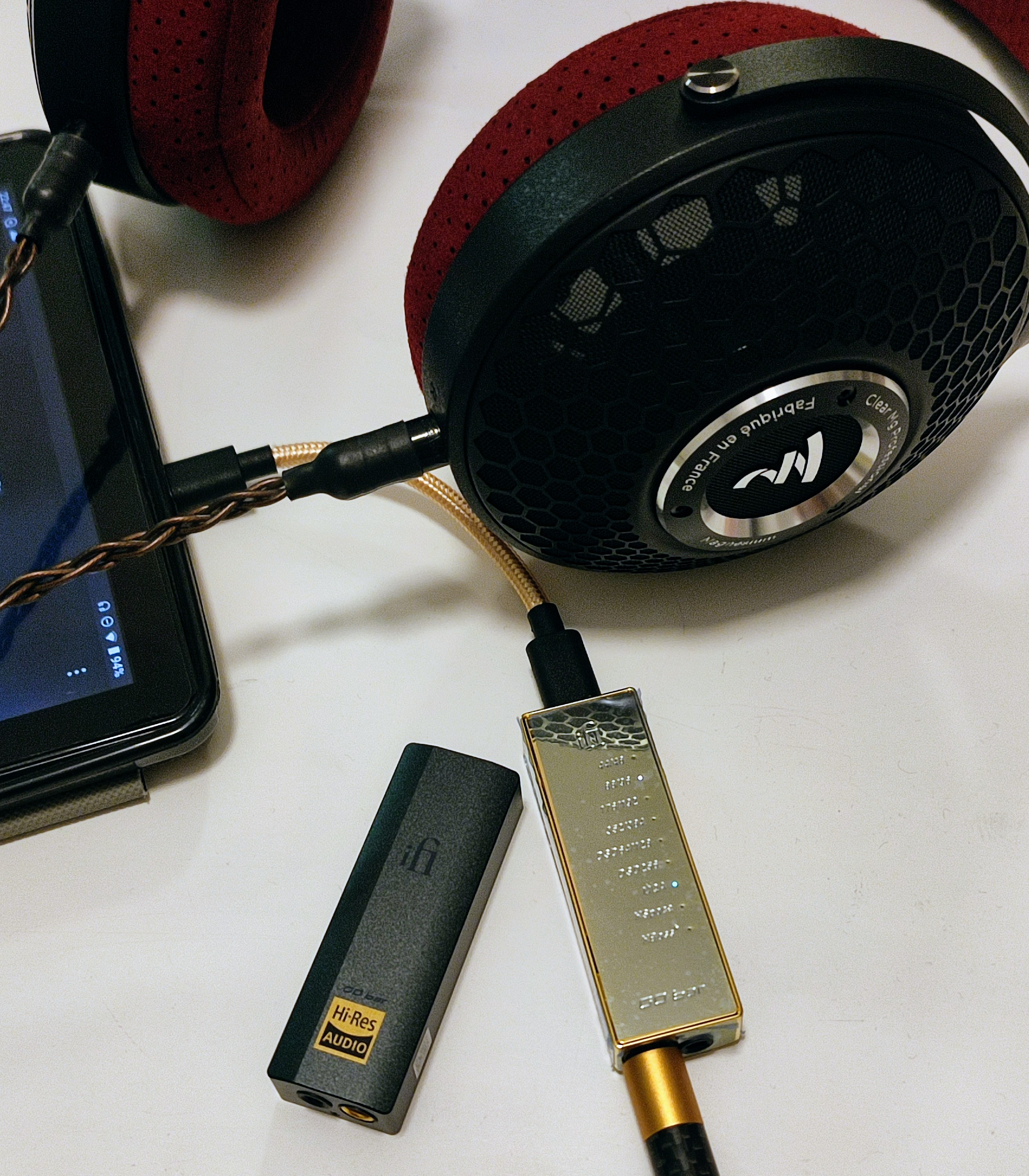 Except for the obvious difference in power output and the ability to handle more difficult loads from the balanced output, the actual sound performance is almost the same without any loss in quality from the single ended output.
The single ended output is great and you can use it without having to worry about sacrificing anything except for the somewhat increased dynamics and the slightly more expanded and holographic soundstage of the balanced output.

The Go bar is one of the most naturally sounding audio DACs that came my way while it retains the highest level of transparency and accuracy.
Conversion is done without any tonal shifts generated by the DAC itself and the end result is characterized by the established iFi house sound that favors musicality, sentimental expression and deep level of engagement.
Sound is flowing like spring water, timbre is the star of the show here, the naturalness is awesome while the overall texture is very organic as all instruments and voices sound eerily close to reality.
Still at the same time, technical performance is up to the task and close to the best of the competition.
The bass is visceral and firm, layering is great, mid range presence and articulation are guaranteed while treble is vibrant, sparkling and extended yet smooth, controlled and absolutely not fatiguing.
Sound is crystal clear, refined and detailed yet not analytical or exposing nor aggressive as is the case with more technically versed competitors like the THX One.
You will also have to search hard in order to spot any digital artifacts especially in the bit perfect filter which became my favorite one.

The choice to include a discrete amplification stage paid off, the Go bar is amazingly impactful with great dynamic antithesis while it keeps a steady pacing and it sounds inherently rhythmic.
The Go bar presents a well extended soundstage with precise imaging and satisfying layering albeit not as holographic as some other competitors like the Cayin RU6.
The sound modes are not too intrusive and they can offer a welcomed fine tuning to the overall sound signature without altering the general characteristics. 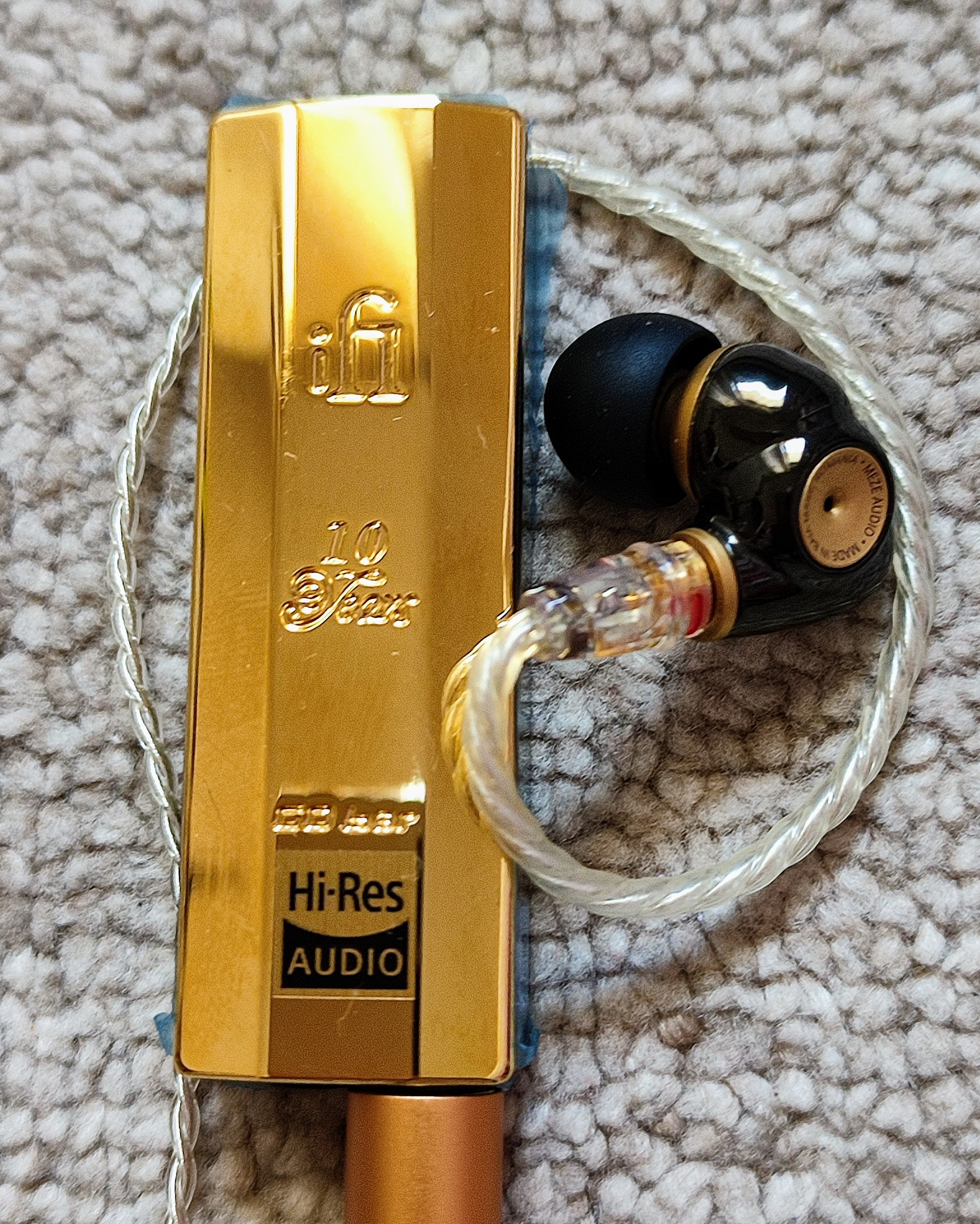 The anniversary edition has the same overall tuning and performance but raised a notch above.
Differences are not night and day but it is not very difficult to tell the enhanced clarity, the more refined sound and the better instrumental separation while retaining the same musical character without becoming too technical.
The anniversary edition sounds more mature and sophisticated, it is a touch fuller and holographic with even better timbre naturalness and analogue like texture.
It just sounds more musical and engaging with greater harmonic diversity and richer tone colors.
This is the kind of audio device that you plug it in and just forget about everything that can distract you from actual music listening.
After a while you find yourself listening to your favorite tracks, one after the other and the time goes by without even noticing.
Like when listening to this early masterpiece written by Handel’s youthful genius, where the Gold bar successfully communicated the instrumental timbre of the solo oboe, violin and recorded interplaying into the various arias with Natalie Dessay’s unique voice. 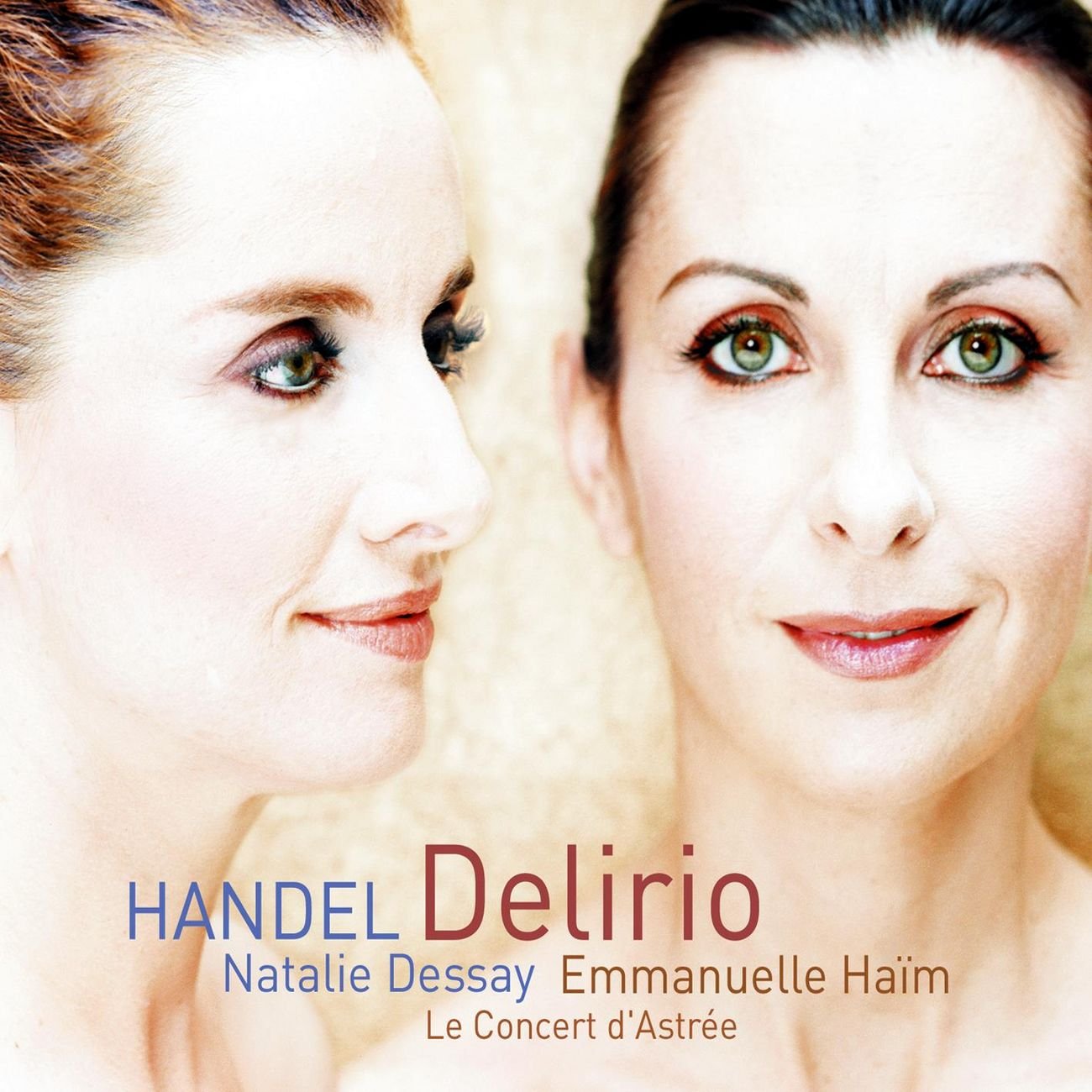 As good as the regular Go bar is, the anniversary edition has an enhanced performance that bridges the gap between USB powered audio dongles and larger DAC/amps with internal battery and much better electronics or good quality DAPs but at the cost of the increased weight.
Of course the price difference at $170 is quite substantial and a little hard to swallow when judging the actual sonic differences between the two models.
But then you have to consider that this is a collectors limited edition with a unique appearance so you have to pay a premium in order to be one of the lucky 1000 owners. 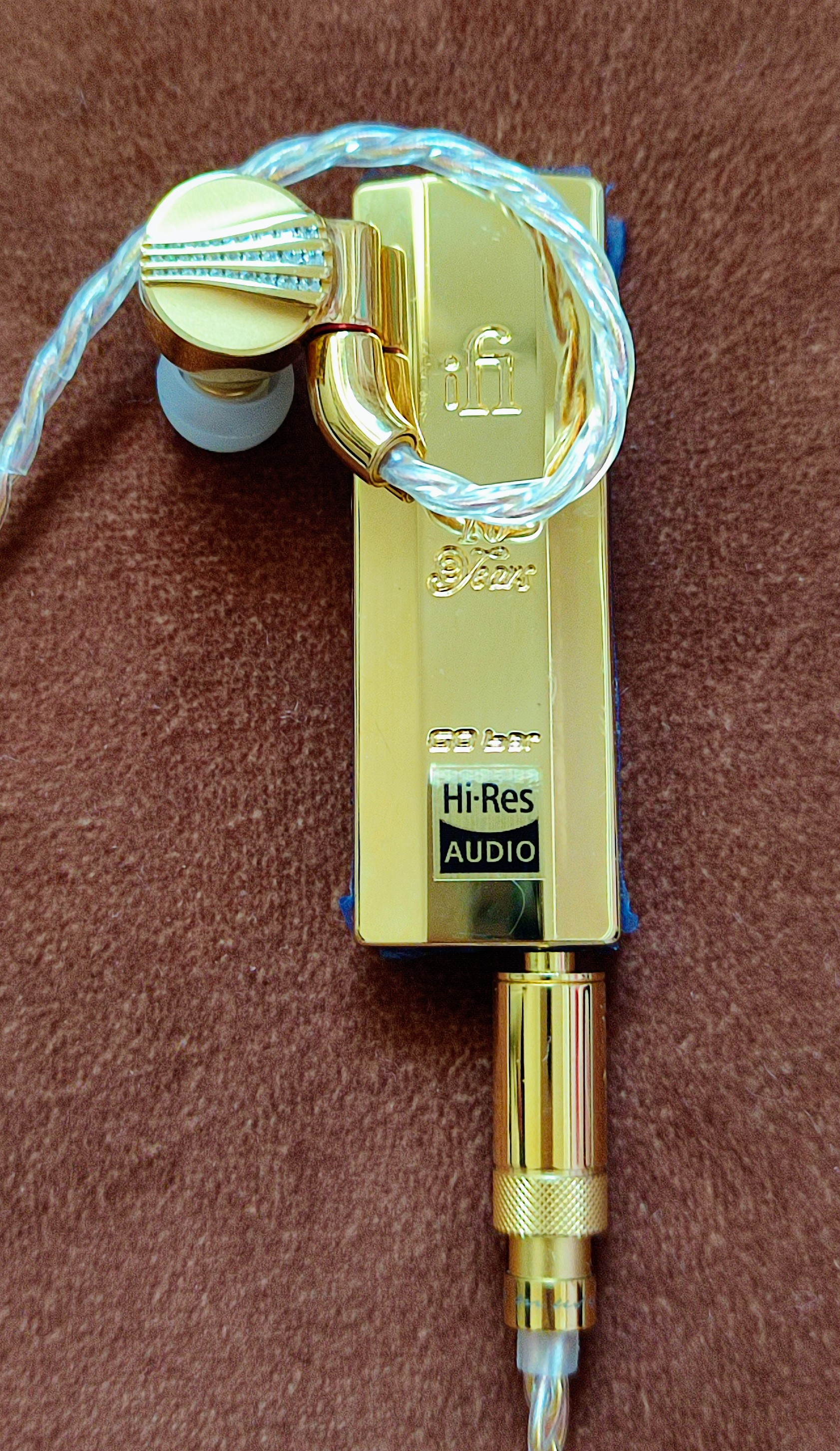 Compared to the Cayin RU6

For a selected comparison I picked the Cayin RU6 which due to the R2R architecture has a similarly musical and natural sound signature as the Go bar.
The $249 Cayin RU6 is significantly cheaper than the regular Go bar but you have to pay $19.99 extra for the leather case and another $19.99 for the lightning cable which takes us to a total of $288, still slightly cheaper.
Size and weight are almost the same, only the RU6 is slightly thicker.
The RU6 has three physical buttons and a handy OLED screen while both share excellent build quality.
The Go bar has more advanced sound tuning options and filters whereas in the RU6 you can only select between two gain settings and NOS or OS modes.
The RU6 can pick up a bit of EMI from a phone and cause some faint hiss in the background when the Go bar is dead silent.
The Go bar has almost the double power output but it is going to drain the host device battery much faster. 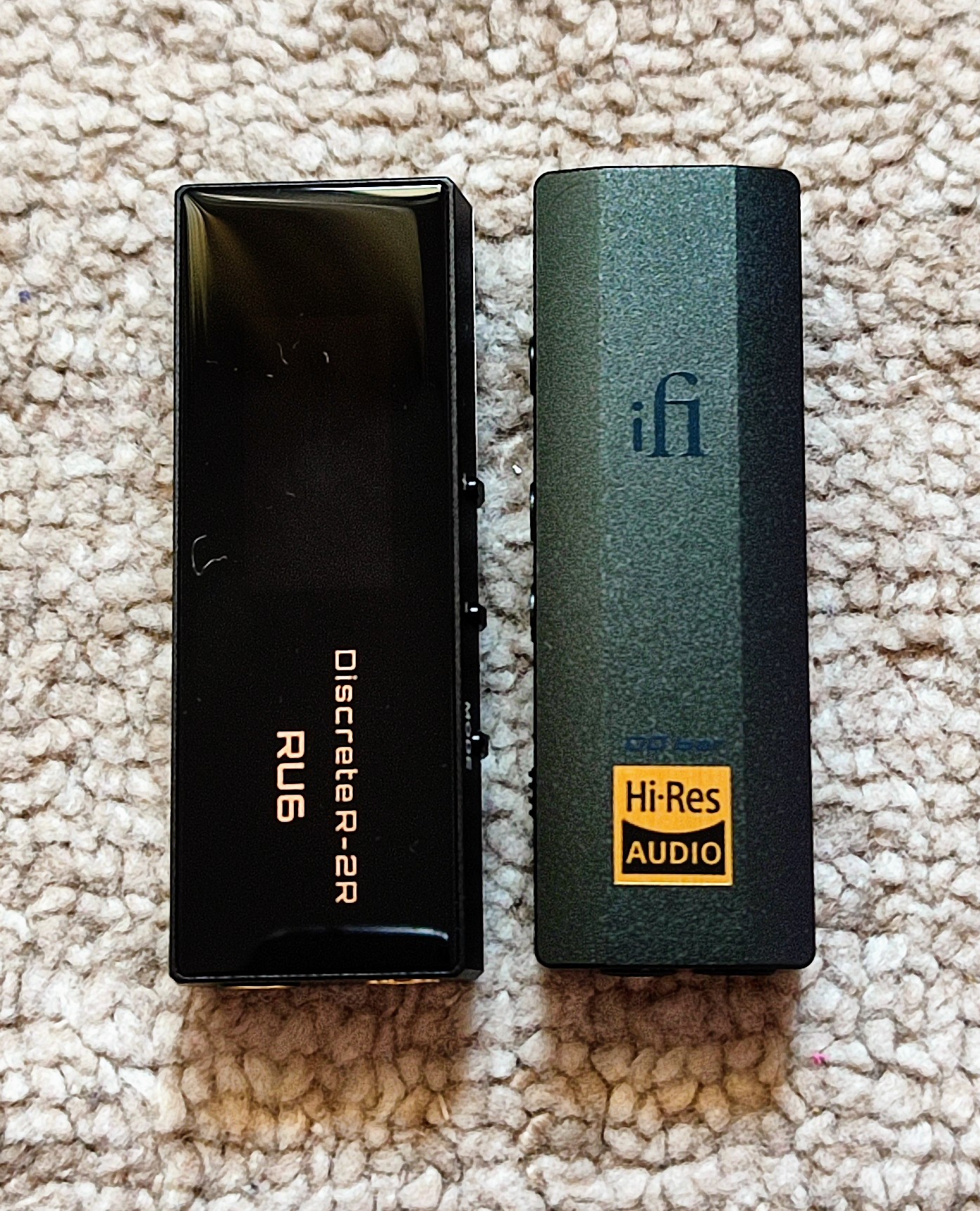 Both DACs share the same kind of musical presentation with the natural timbre and an analogue like character without too much of a digital glare.
The most noticeable difference is that the RU6 is fuller and more visceral sounding with a grander and more holographic soundstage presentation even when compared to the Gold bar.
Then the Go bar is slightly more refined and clear/clean sounding while it comes as a surprise that the RU6 is a touch metallic sounding in the upper mids/treble and can become just a bit edgy.
The RU6 is somewhat bolder and aggressive compared to the Go bar which is calmer and more polite.
Differences are less pronounced between the RU6 and the regular version but the anniversary edition has an edge in clarity and overall refinement while it sounds more sophisticated and natural.

The iFi Go bars, both regular and anniversary, are not your regular diet snacks.
They are rather a high nutritional value whole meal that will satisfy the appetite of the most hungry listener by filling his senses with top quality music while keeping him healthy as the only real side effect is the increased power consumption.
iFi was a little late to the USB dongle party but they made an explosive entrance with two excellent sounding products that might be a little more expensive than the competition however they counterweight with the higher power output and the various sound enhancements.
Both versions are great but if you don’t mind the extra weight and you can handle the price then go grab the collectors edition while stock still lasts.