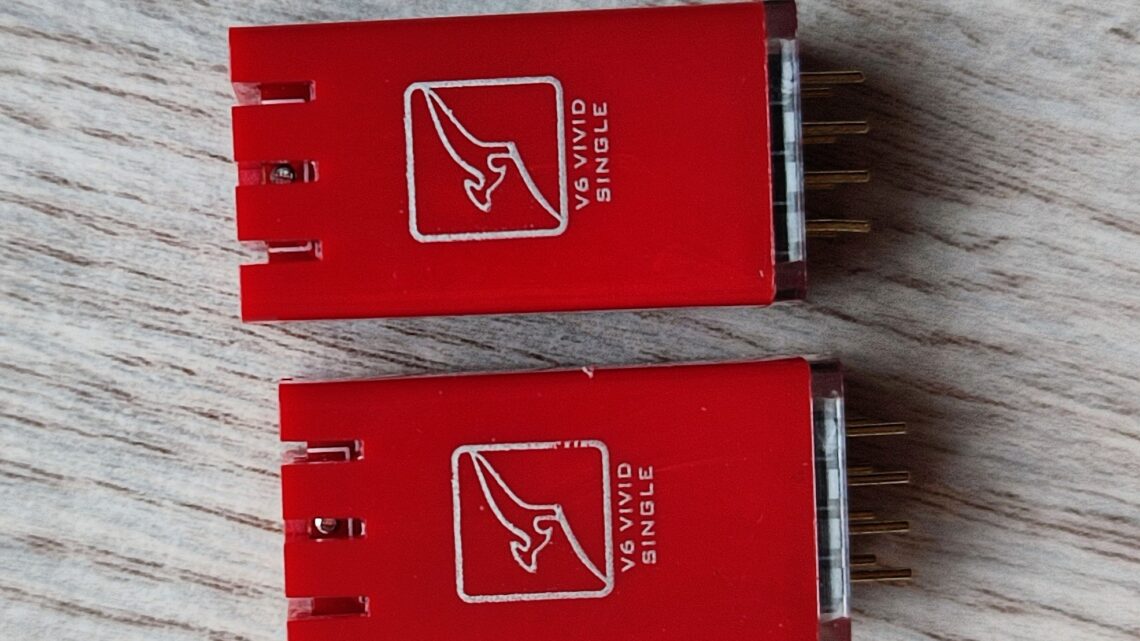 The icing on the cake

Cons: – Audible improvements are strictly related to the quality of your audio chain
– Don’t expect night and day differences or to transform your audio device into something completely different sounding
– Larger size may not fit all situations
– An op-amp removal tool is really missing

The review sample was kindly provided free of charge in exchange for an honest review.
I didn’t receive monetary or any other kind of compensation and I don’t use affiliate links.
The price for two pieces of the V6 Vivid single op-amp is $75 and you can order them directly from Burson Audio shop.
The V6 op-amps come with a lifetime warranty and 30 days refund policy.

Burson Audio, the Antipodes based audio manufacturer, are not only famous for their high quality headphone amplifiers and DACs but also for something completely different.
Their Discrete operational amplifiers (op-amps), that are handmade to substitute for IC (integrated) op-amps.
The Burson discrete op-amps are available in single and dual variants so they can replace most of the commercial IC op-amps. 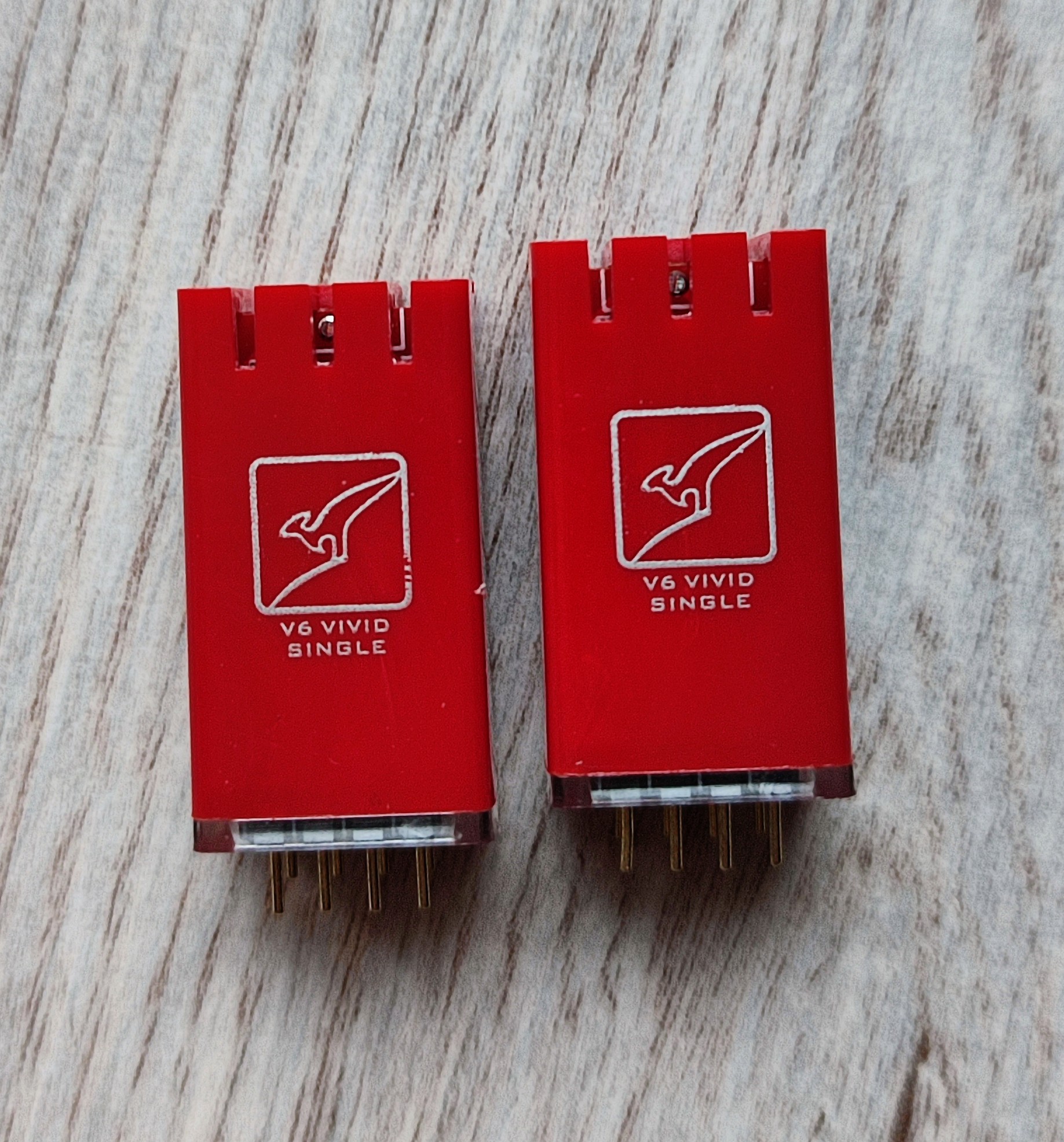 Why buy a discrete op-amp?

According to Burson Audio, there is a common misconception among audiophiles: That is an Integrated Operational Amplifier (IC Opamp) is equivalent or even superior to a discrete design. Nothing can be further from the truth! Restricted by the fabrication process and technological limitation, an IC Opamp is an inferior substitute for a proper discrete design. An IC Opamp is entirely constructed on a single dice of a silicon wafer, which is smaller than a grain of rice. Limited by its size and heat dispersion, it is impossible to incorporate a top-quality audio transistor like the A970, or K170 which feature in the Burson Audio discrete design. During the construction of a discrete transistor, a chemical optimisation process takes place for each piece of silicon according to its application (NPN or PNP). This optimisation process is critical to the performance of the final product.

To read further on the benefits of using a discrete op-amp please visit the following link.

Both designs evolved from the previous model, the Burson V5.
But just as evolution is never linear, two V6 circuitries emerged to compete for the hearts and minds of music enthusiasts.
These op-amps are specifically designed to optimize audio performance.
Measuring 12.4×14.5×29 mm the V6 are the smallest discrete op-amps in the world so they conveniently fit almost everywhere.
And in the rate cases where space is really limited then you can use the 35mm extension leads. 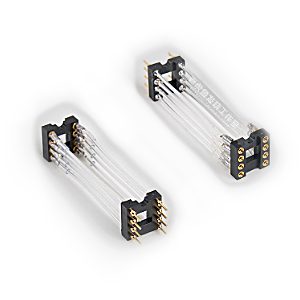 The V6 are the only op-amps in the world with reverse voltage protection. While other op-amps are instantly damaged if reversely installed, the V6 are designed to survive such accidents unscathed.

Only the best components are used and to make that they perform even better, a painstaking selection and meticulous component matching process is applied.

The V6 op-amps are manufactured in two different sounding versions, the Vivid and the Classic and both are available as single or dual op-amps.
To find out more about their different sound characteristics please visit the following link. 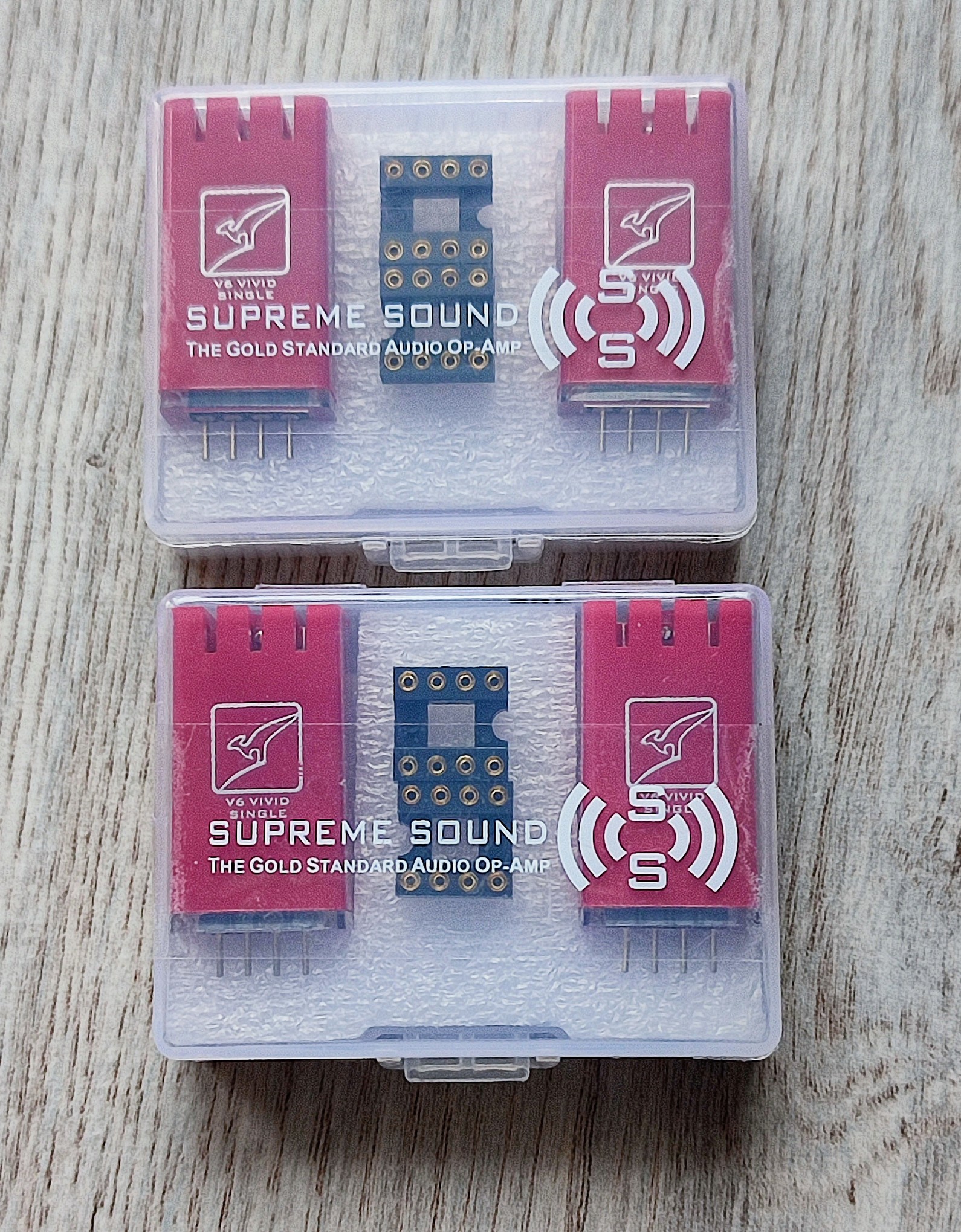 The initial plan was to use them as a substitute for the four NE5534 that are used in the Kinki EX-M1 integrated amplifier but unfortunately free space inside the board was not enough to accommodate them so I had to use the 35mm extension leads that they were out of stock and back-ordering them would delay the review.

Fortunately the Violectric V380² headphone amplifier, that I have on extended loan, uses four pieces of the same NE5534 to drive the four discrete power amplifiers and thankfully the board could accommodate the V6.

The V380² is a high end headphone amplifier with excellent transparency and fidelity, able to highlight every single component change in the audio chain.
You can find more about its sonic performance by reading the following review. 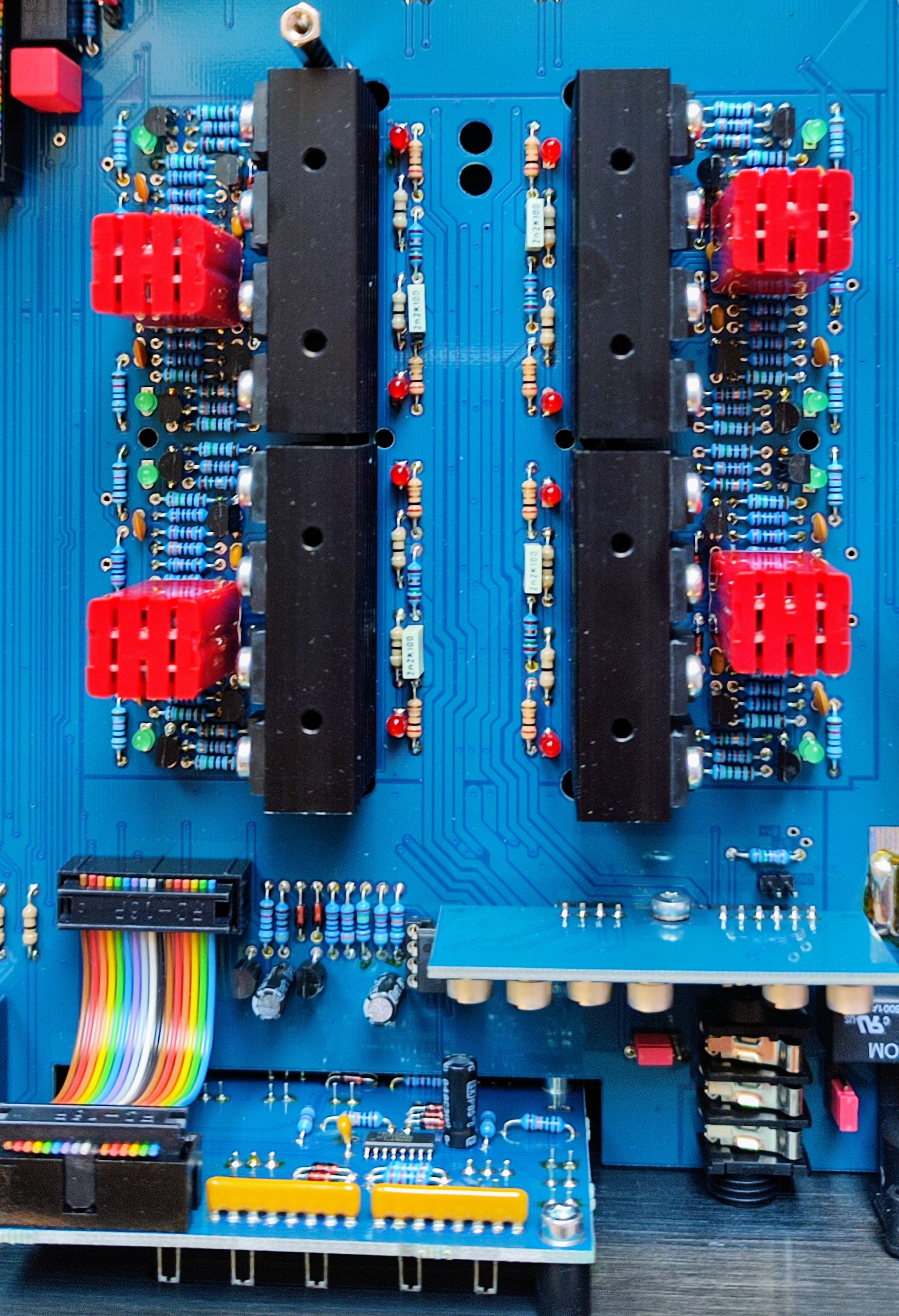 Op-amp rolling was pretty easy, the most difficult part was to remove the upper DAC board.
Burson doesn’t provide an op-amp removal tool but I had one at my disposal that did the trick.
I was very lucky because the height of the V6 op-amp is exactly the same as the free clearance between the main and the upper DAC board.
Just a mm higher and it couldn’t fit!

The V6 Vivid single op-amp does not generate any excessive heat so you can use it just like the regular IC op-amps with the lid of the chassis closed without the fear of overheating issues. 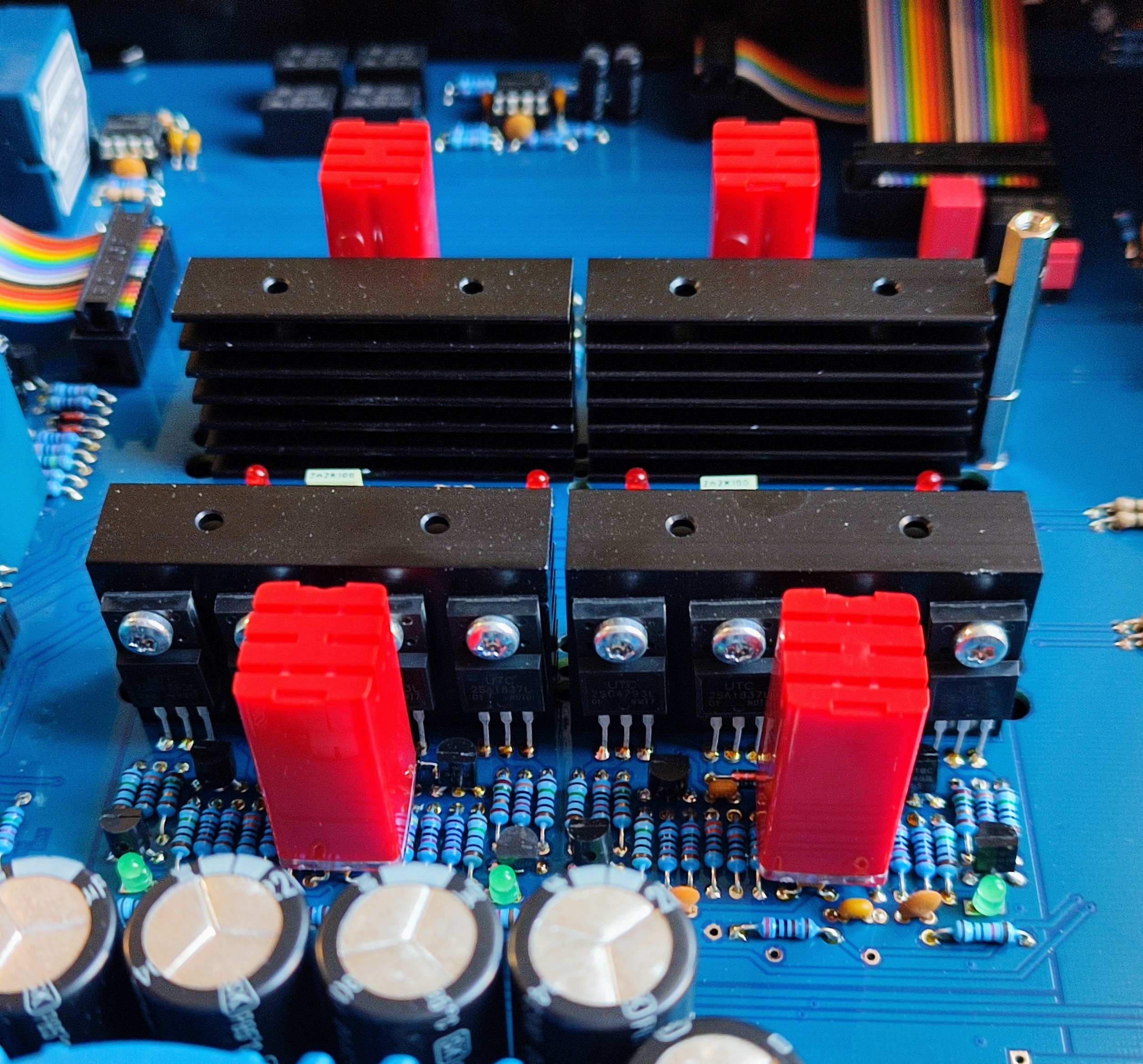 Op-amp rolling, especially when you have four pieces to roll, is not something that can be done on the fly so the evaluation methodology was the following; I have used only two headphones, the Meze Audio Elite and the HiFiMan Susvara with the Lavricables Master line cable, one of the most transparent cables even made.
First I listened to a small number of familiar samples, back and forth with the stock NE5534 and the V6 Vivid op-amps and kept notes.
This was done several times in a row.
Then I listened to music continuously for a day with one set of op-amps and then the next day with the other and so on. 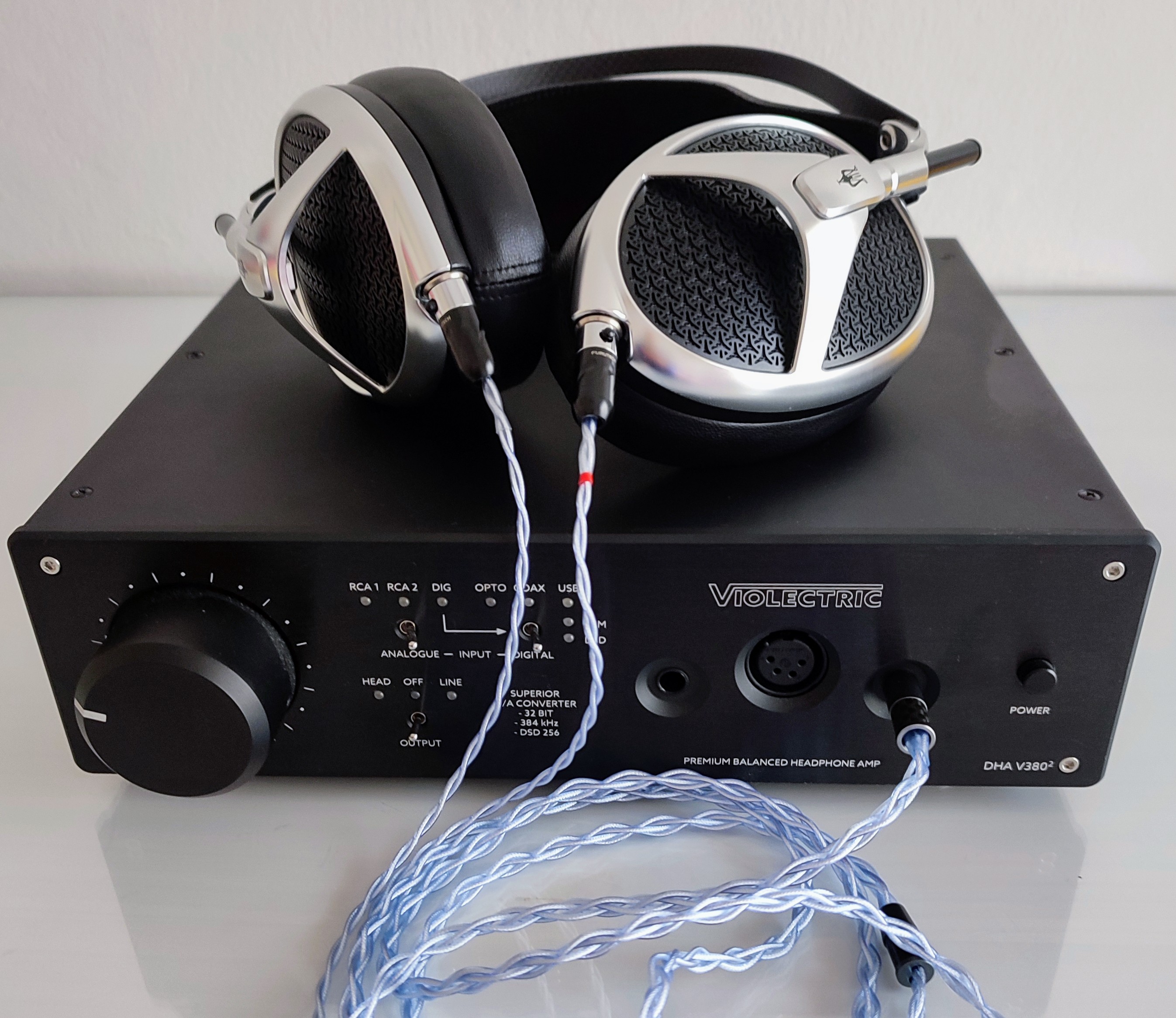 The NE5534 is fast and very transparent but the V6 Vivid proved not less of a match, with the same kind of ultimate transparency, if not more, and a completely pitch black background without a single trace of audible noise or distortion.
Additionally, while the V6 is equally fast, it is not too harried so on one hand transient speed remained the same but on the other hand time decay was a bit more relaxed and smooth making instruments sound more natural and lifelike, adding greatly to the overall sense of realism.

The V6 is definitely a solid state sounding op-amp that doesn’t make the sound more slow, bloomy, thicker, loose or warm but it has under the sleeve a famous tube-associated characteristic – the magnificent soundstage.
You don’t have to listen a lot back and forth in order to immediately observe the expansion of the soundstage, not only on the horizontal axis but also in the most important depth layering.
The performers are tidy, well organized and arranged with the right proportions and a tube-like holographic relief and plenty of ambient information.

The V380² is already one of the most musical sounding solid state amplifiers with a uniquely natural timbre and supreme textural qualities but the V6 Vivid managed to slightly enhance everything.
From the timbre which became more analogue and organic, to the texture which gained a little in overall weight, to the layering which became more spacious and well defined while fidelity and technicalities remained completely intact. 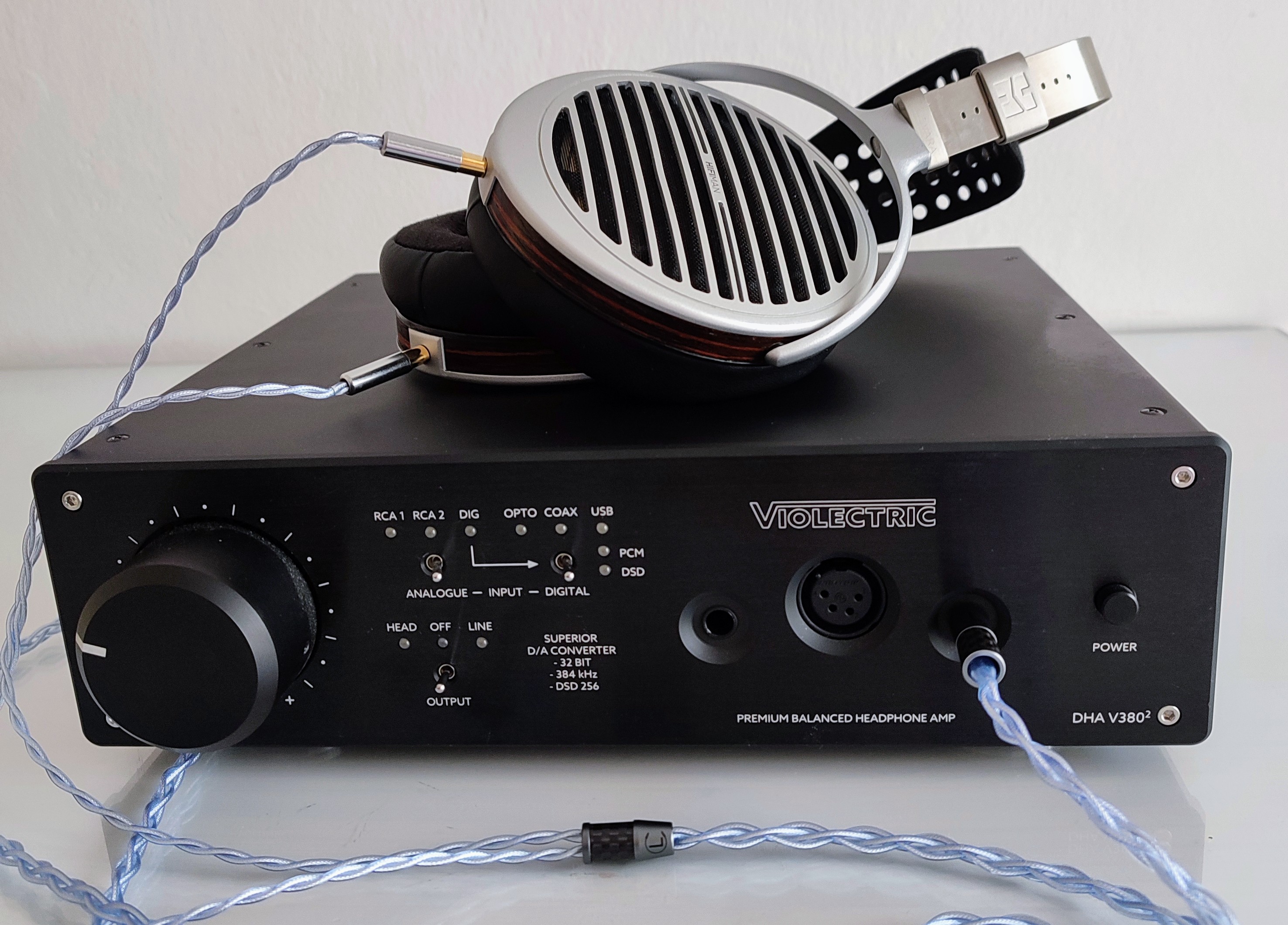 One final test was to listen to the whole double concerto of Johannes Brahms, a masterpiece of the classical music literature, with both op-amp configurations, to eventually find out that differences weren’t really night and day but in the end of the day, the Burson V6 Vivid offered by a fair margin the more convincing and lifelike listening experience. 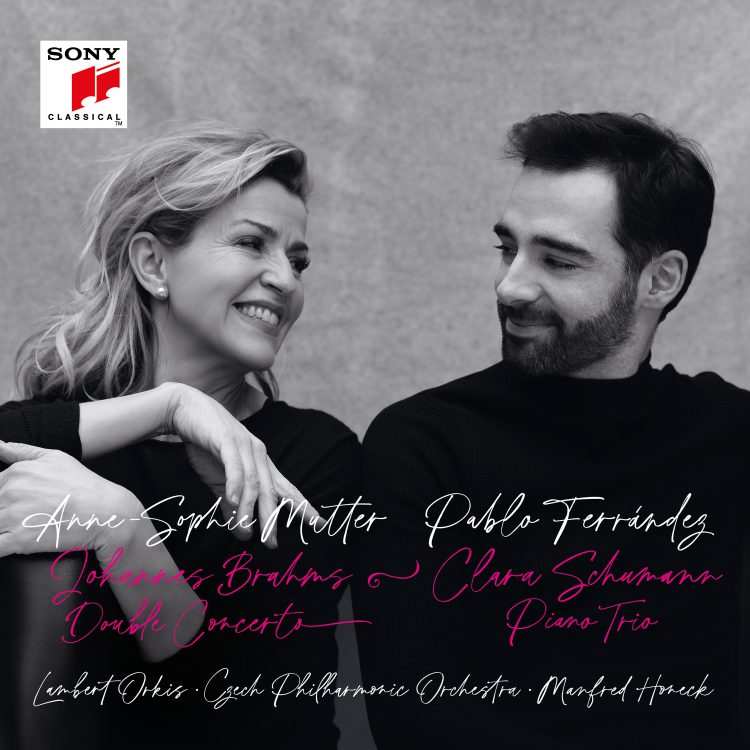 As a last remark it should be carefully considered that a single type discrete op-amp that is used in a situation like that of the review (as a driver to the power stage of an amplifier) will usually yield less pronounced results when compared to a dual type op-amp that is used in the analogue output stage of a DAC where you should likely expect more audible differences. 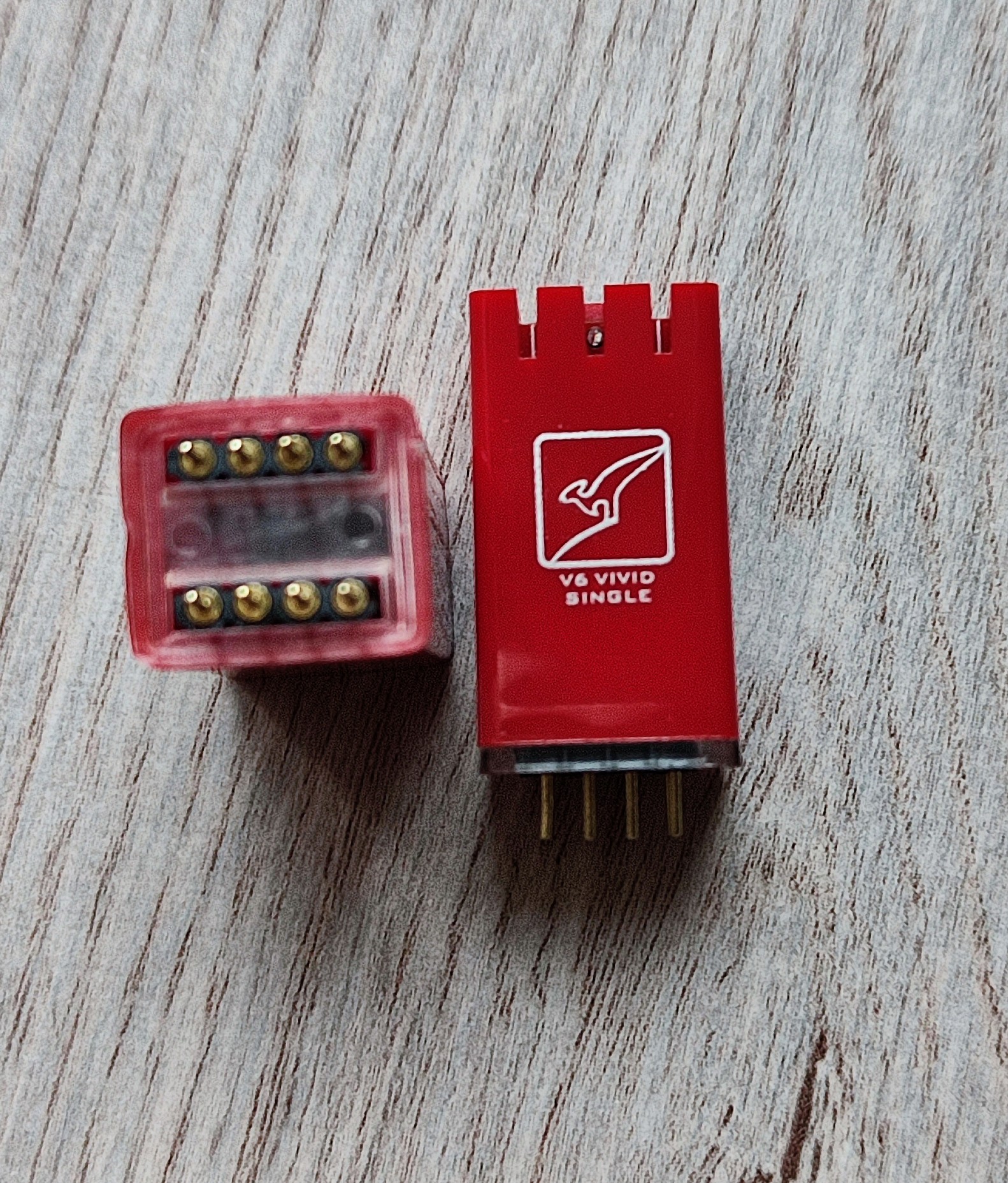 The Burson Audio V6 Vivid op-amp is the icing on the cake so it won’t magically transform your audio device into something different sounding.
But if you have everything else settled down then it will make sure that you get the maximum sonic performance of it.
Regarding this reviewer and his favorite Violectric V380² headphone amplifier there is not a single chance of going back to the stock IC op-amp period.