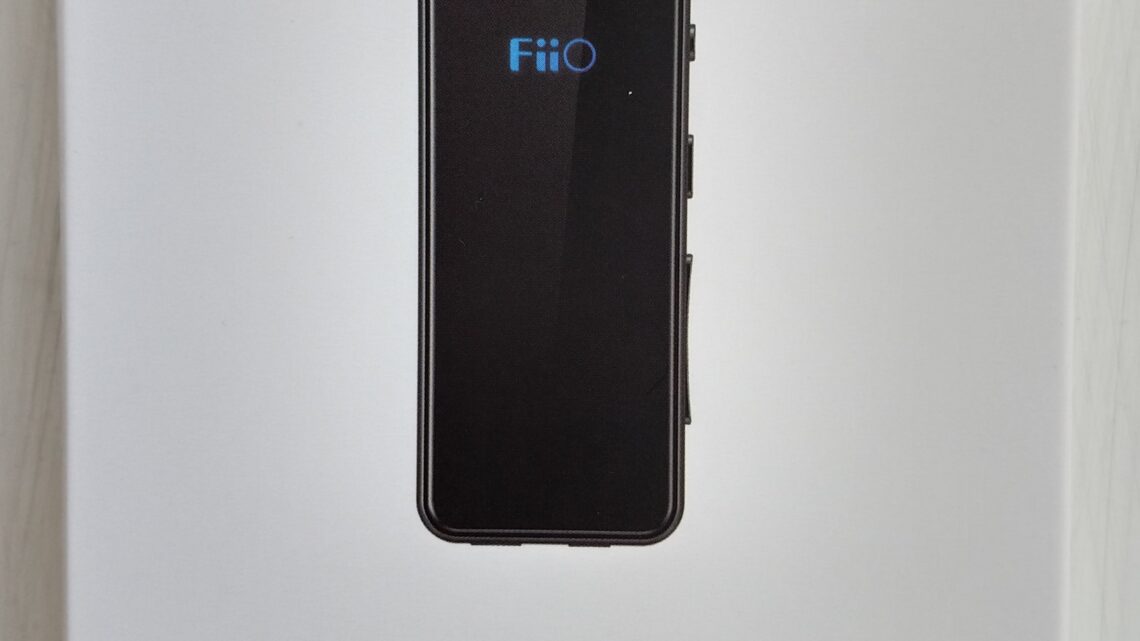 Cons: – Nothing for the price

We proudly present the world premier review of FiiO BTR3K.
Thank you FiiO for giving us the opportunity.
The sample was kindly provided by FiiO and it is still under their ownership.
This is my honest and subjective evaluation of the product.

You can get it from FiiO.eu 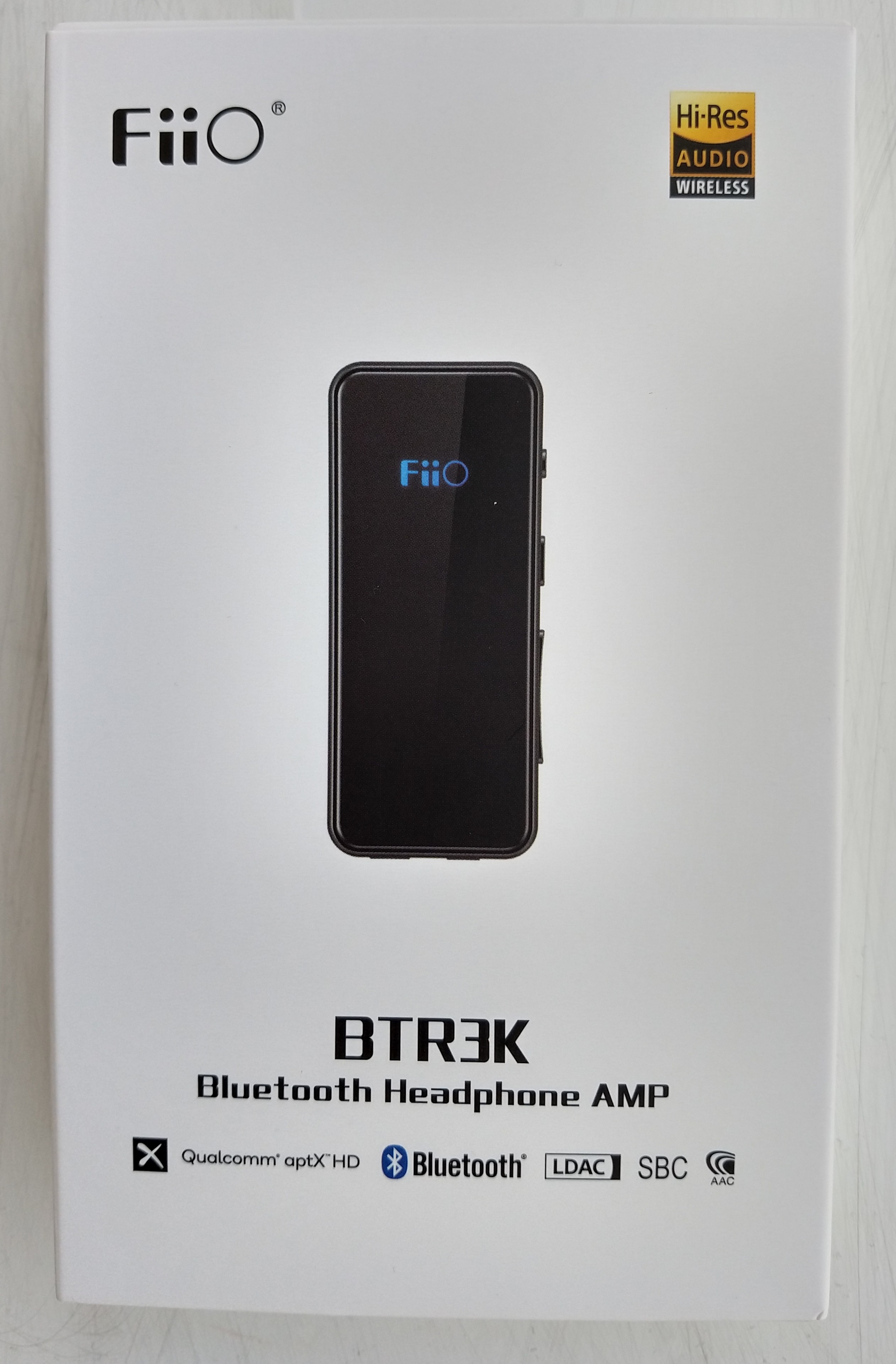 It’s been only a few months ago since FiiO launched their flagship mini bluetooth dac/amp the BTR5 with much critical acclaim and while we were thinking that we are done for a while FiiO surprised us by replacing the not so old BTR3 with a brand new version the BTR3K.
FiiO’s R&D team taking into consideration the great demand for balanced dacs decided to revamp their mid tier mini bluetooth dac/amp and add a fully balanced output to it.
So the BTR3K was born and let’s dive inside to spot the key differences from the older one.
The AK4376A dac has been replaced by the newer AK4377A in a two pieces fully balanced design.
Power output is thus raised to a whole 78mW under 32ohm load for the balanced out and although remains the same 25mW for the single ended one we now get greater current capability resulting to 50% more power under 16ohm loads.
Bluetooth receiver remains the CSR8675 but is upgraded to bluetooth 5.0 for even better battery consumption and operation range.
All the known codecs are supported up to the high definition ones aptXHD and LDAC.
One key difference is the use of two independent crystal oscillators found also in the flagship BTR5 for accurate sound reproduction with reduced jitter and greater stability.
External dimensions are the same miniscule 58x25x11mm but weight is reduced to 23.5grm even though the battery inside is raised from 300mAh to 330mAh! 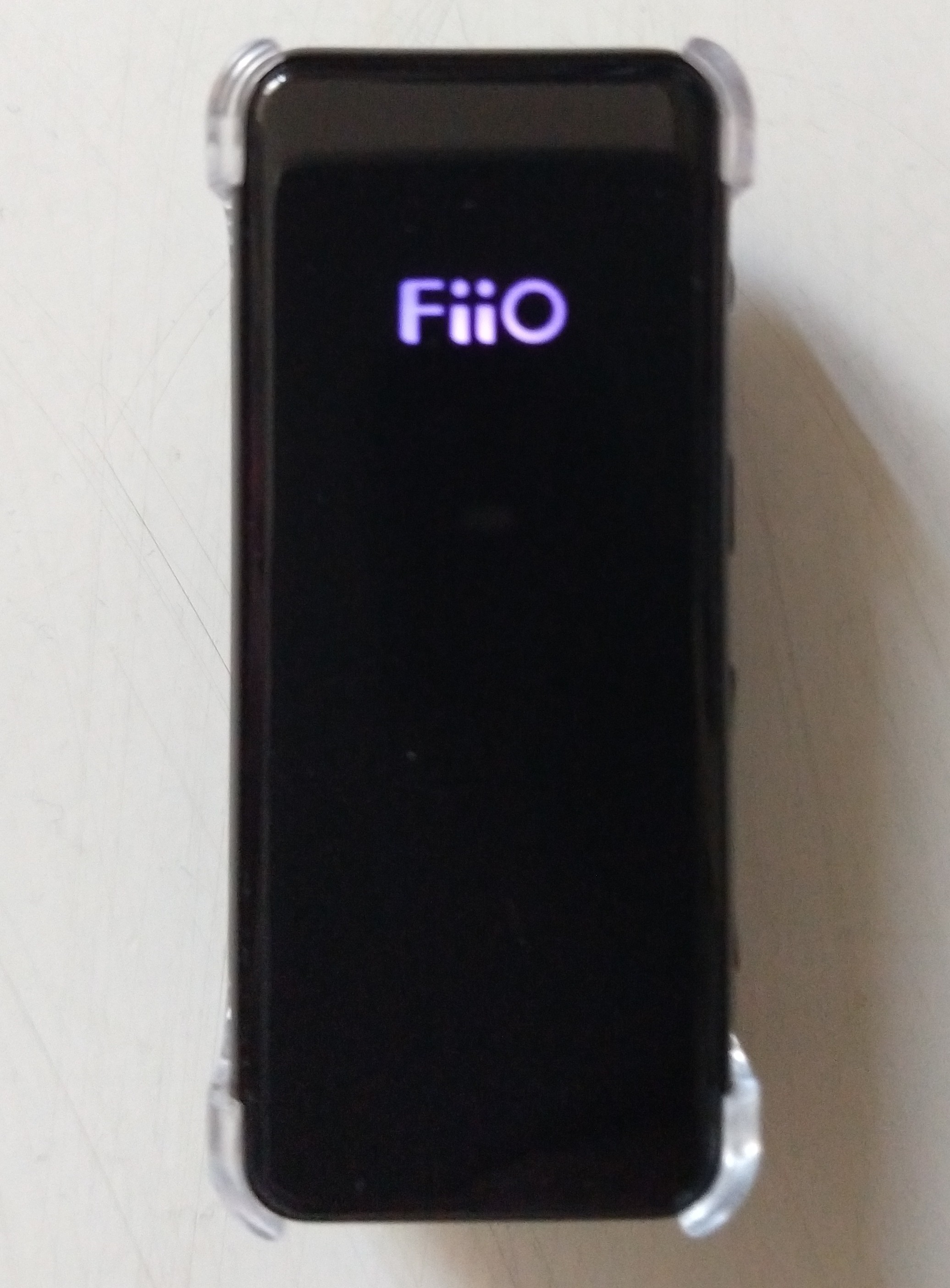 Volume is independently adjusted in 60 steps using the side volume button were we also find the multifunction and power buttons plus the mic.
Build quality is improved with a full aluminium body covered in both sides with oleophobic 2.5D glass.
In the front panel the multi color RGB light with the FiiO logo informs us about the current codec in use and battery status while the type C USB connection is located at the bottom.
USB dac connection is also supported as NFC for fast pairing.
An extra protection transparent hanging clip is provided as a lanyard and a charging USB cable.
For full information and technical specifications please use the following link.
https://www.fiio.com/btr3k

A great portion of the listening sessions were done with final audio’s B3 and FiiO’s own FH7 both single ended and balanced with the BTR3K paired with a smartphone and FiiO’s M9 dap also under USB dac mode with a PC and several Android devices using an OTG type C cable.
We haven’t experienced any problems with the Android OS and the BTR3K was instantly recognized natively without the need of a special app so we managed to listen to Spotify and Qobuz with great success.
With the very useful option to turn charging mode off the BTR3K runs on its own battery without draining power from the smartphone.
This feature plus a few others can be accessed through FiiO’s music app available for Android and iOS.
Some of them include turning charging mode on/off , selecting the low pass filter , enabling various user configurable equaliser modes , altering idle time power off etc.
The best part is that all of this adjustments are stored into the BTR3K memory permanently and then can be used without the need of the FiiO app running.
Important update
While finishing this review FiiO released a brand new application specially designed to control all FiiO bluetooth products.
It is called FiiO Control and can be found here
https://play.google.com/store/apps/details?id=com.fiio.control 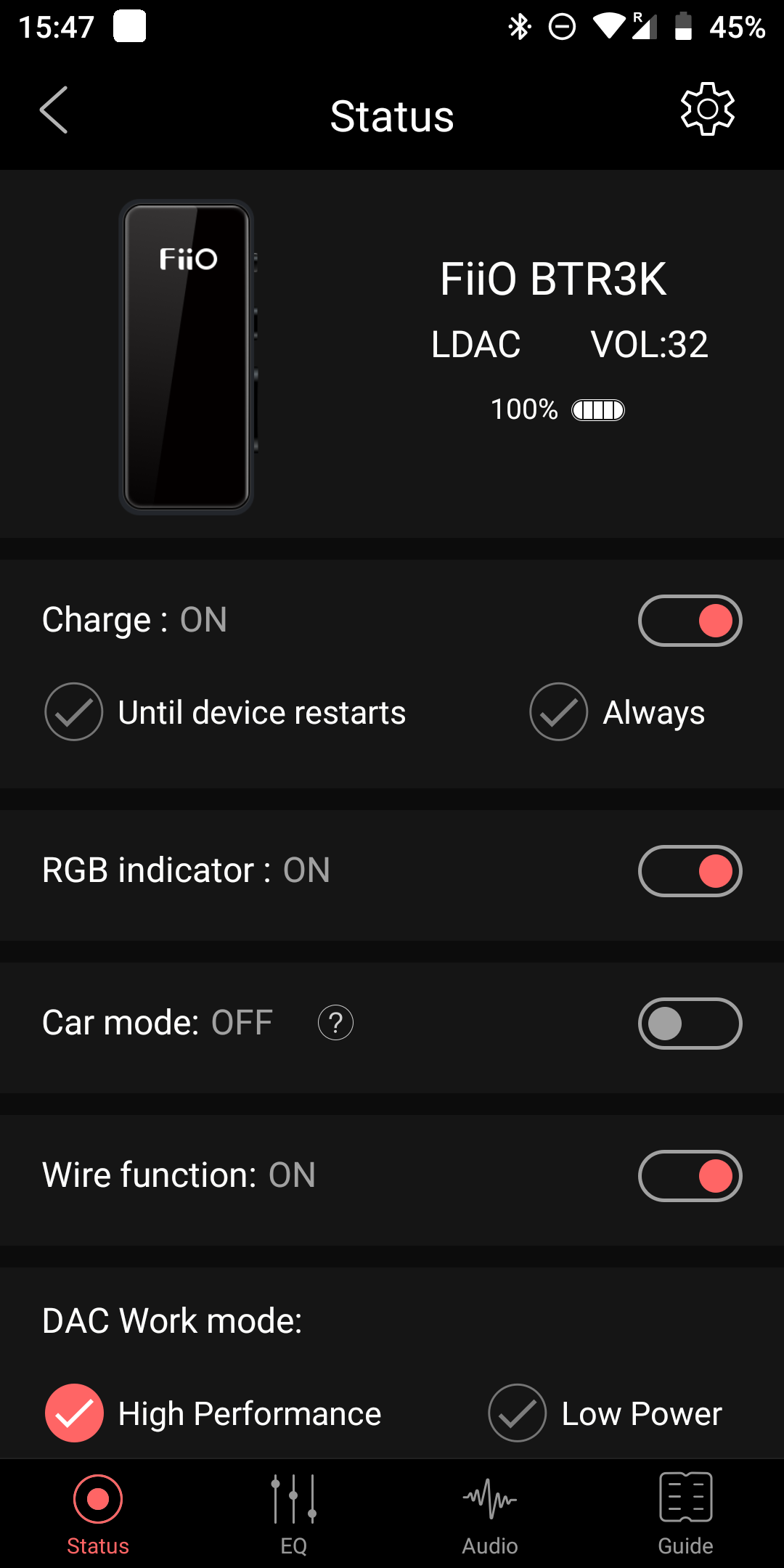 FiiO claims a battery duration of about 11 hours and we are happy to report that under real life usage we managed to squeeze out about 9 hours of listening to high resolution material plus accepting calls. 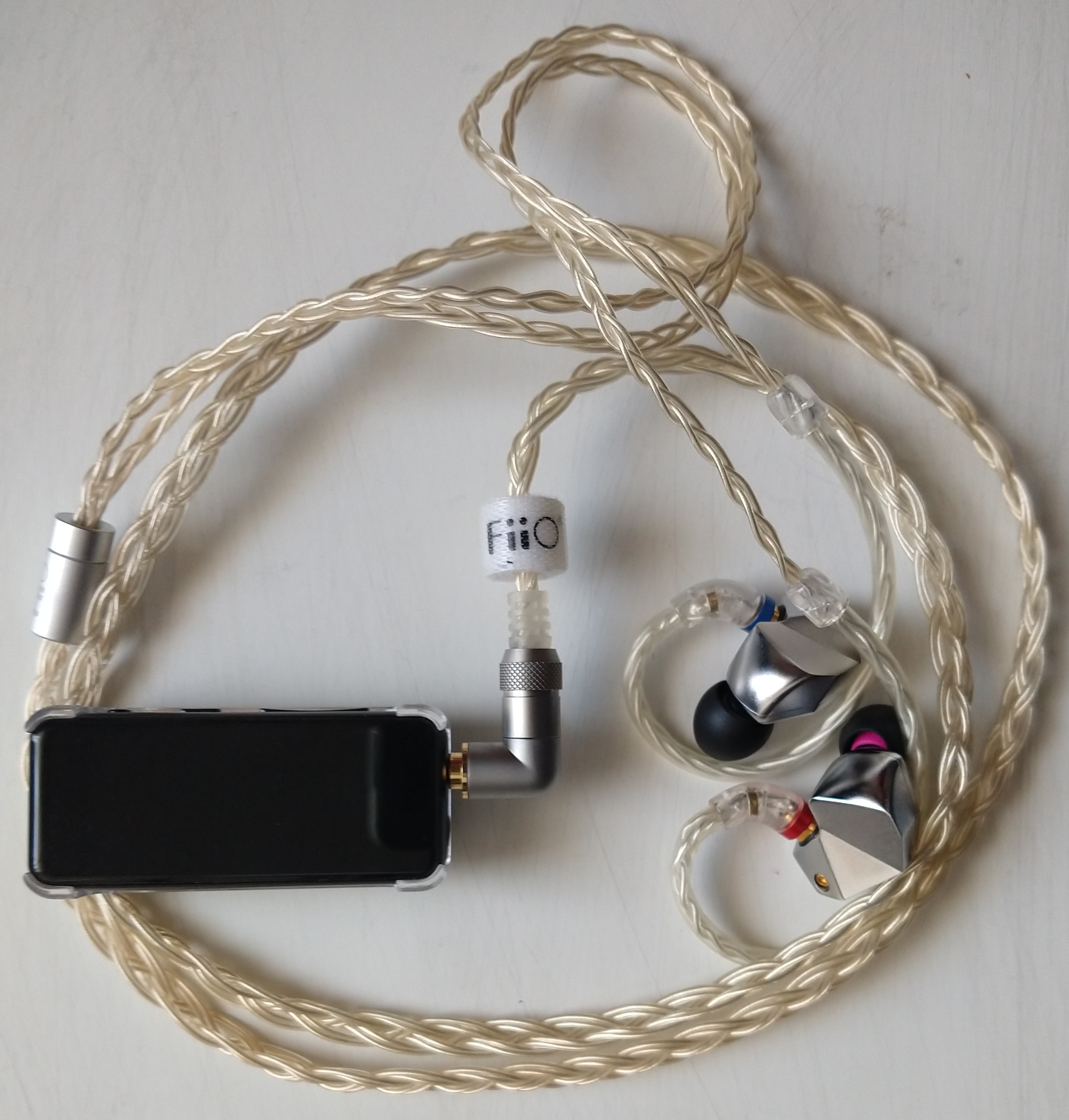 Listening to music with BTR3K was a very enjoyable and musical experience without lacking severely in technical ability.
Overall tonality is flat and natural with a slight hint of warmth as we are accustomed to FiiO’s house sound and AKM velvet dacs.
Extension is great to both ends of the spectrum without something annoyingly missing.
Lower regisrer is present reaching to sub bass if the program demands it , even and adequately controlled as not to sound one note never bleeding into mid-bass.
Mids are a touch prominent only to add a pinch of spice and high frequencies are fatigue free , crisp and easy going but without rolling off.
Detail is there and surprisingly good for such a device so with all our favorite tracks we were able to reach quite deep into the mix.
Dynamic behaviour left us satisfied especially with easy to drive iems as for the stage it felt wide enough although lacking in depth and height.
Staging , positioning and layering as detail retrieval benefit greatly from the balanced out.
Noise floor wasn’t detected at least with the iems we had to our disposal so we are talking about a black background not to be expected from an entry level dac.

While listening to the BTR3K we were very tempted to try some from our full sized headphones to happily discover that the little “fellow” could run the Focal Clear pro and Sennheiser HD660S to loud enough levels and acceptable authority (balanced of course).
Performance may vary depending on the bluetooth codec being used and the best results as described above were attained with the wired USB dac connection.
Bluetooth connection negative impact is on high frequencies extension and timbre resulting to a thinner sound with some grain but nothing to really complain about as the overall performance remains the same.
All in all a great and satisfying musical experience for this mid tier mini bluetooth dac/amp from FiiO even without considering it’s price. 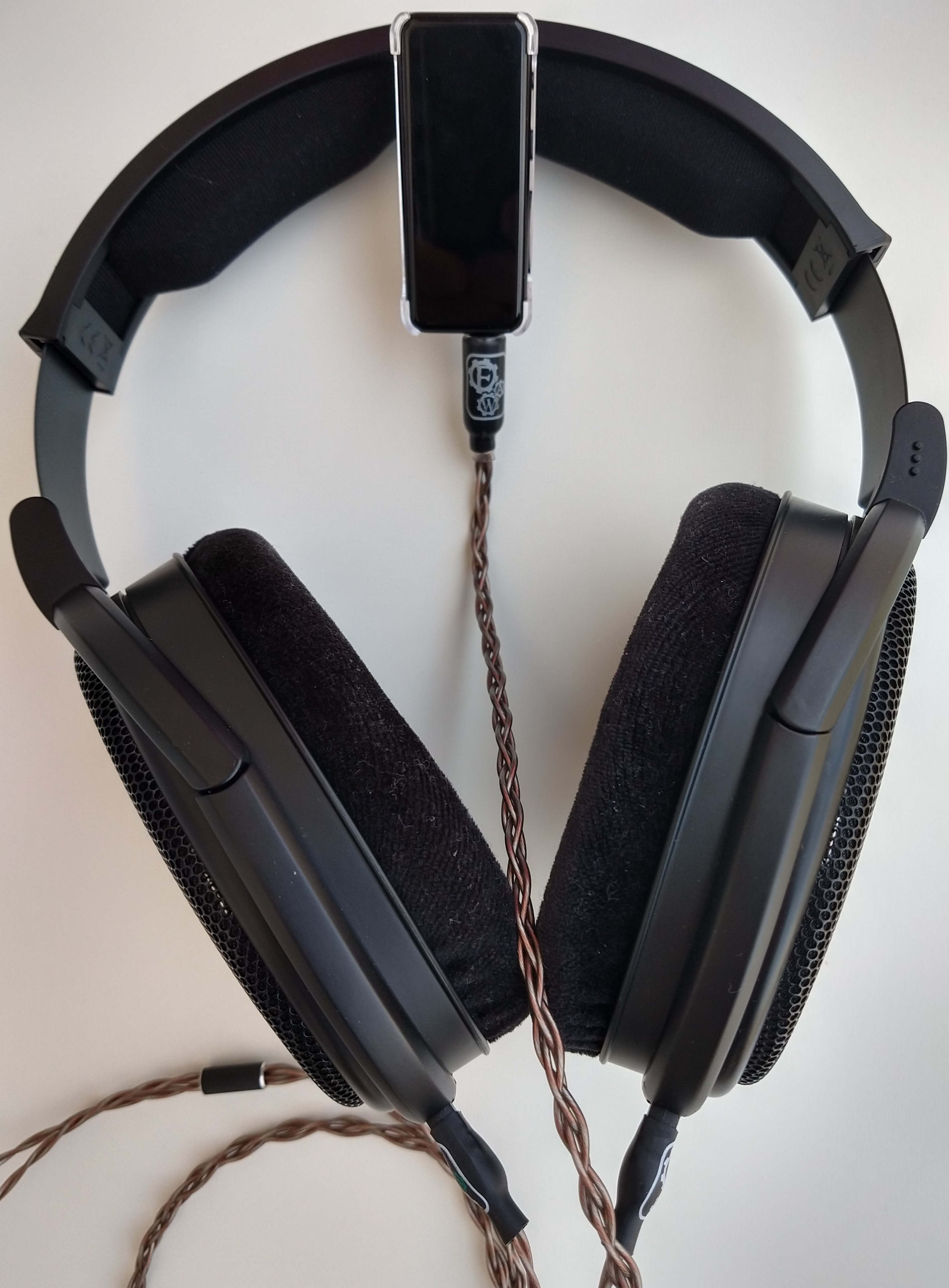 The BTR3K is a clear step up not only power wise but also in sheer technical ability and overall presentation as it objectively sounds better.
The only scenario to buy a BTR3 is for the very budget limited user without the need for a balanced out because you can now find them in heavily discounted prices.

The BTR5 is the true flagship with triple the power output and it is technically more competent.
It extends better , exhibits more detail retrieval , is cleaner with better separation and more holographic stage.
Under USB dac mode BTR3K will decode only 48k/16bit while BTR5 will do up to 384k/32bit DSD256 plus the independent XMOS USB receiver.
Regarding musicality it is not necessarily better as it is more a kind of different presentation that being the ESS house sound vs the AKM one.
Of course it is also double the price and almost double the size so the buyer must judge carefully his needs and budget in order to choose. 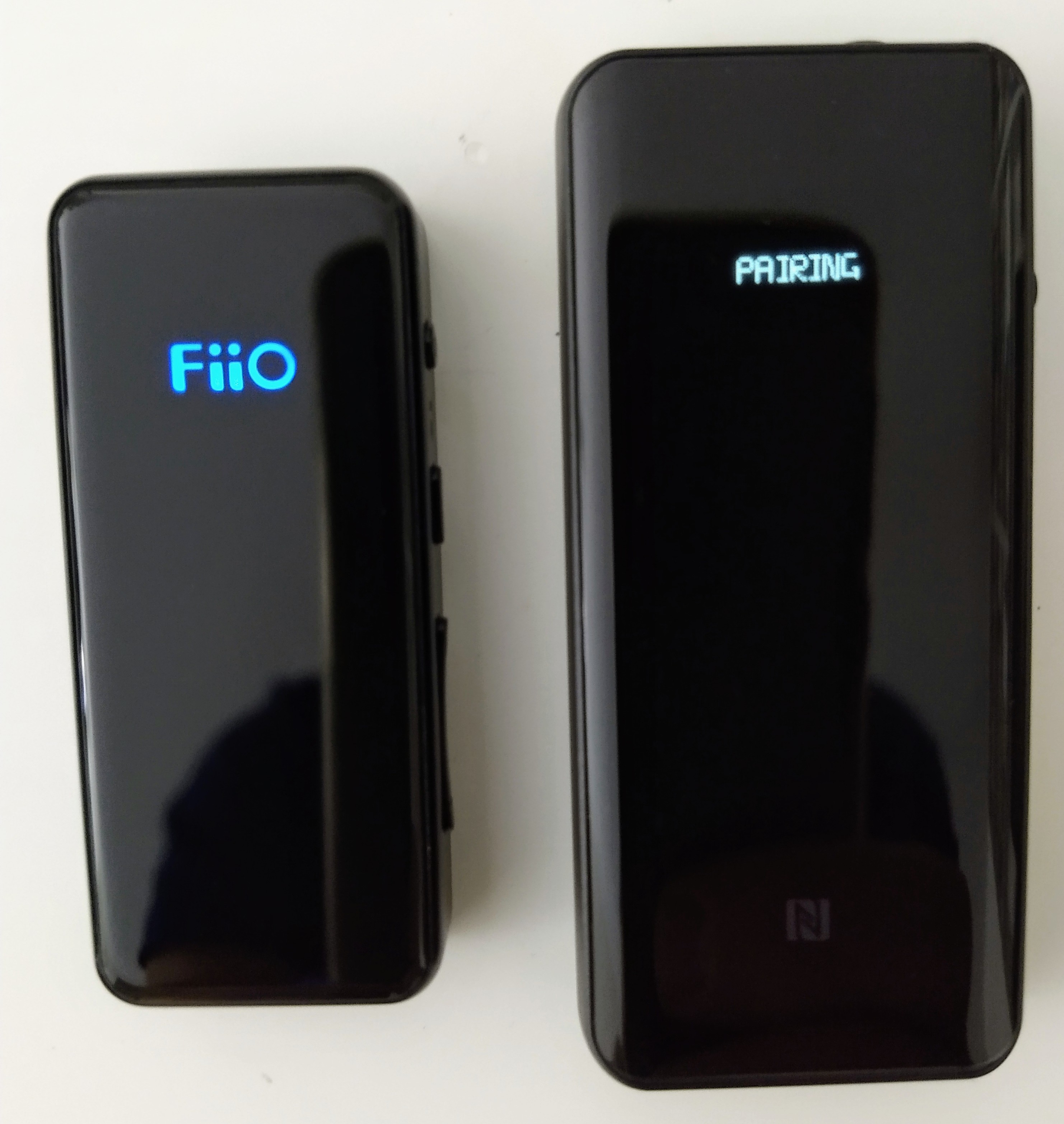 The brand new mini bluetooth dac/amp BTR3K from FiiO is a clear winner.
It is a great step up from BTR3 with the same asking price and half of that from the flagship BTR5 while rivals do not offer balanced output at this price point.
With an excellent price to performance ratio and not very far behind in performance from the BTR5 it should be the easy choice for the majority of the users out there.
A very enjoyable musical experience with surprisingly good technical ability plus flawless and easy operation , tiny size and great battery life make this one our whole heart recommendation and deserving rightfully a full five star rating.