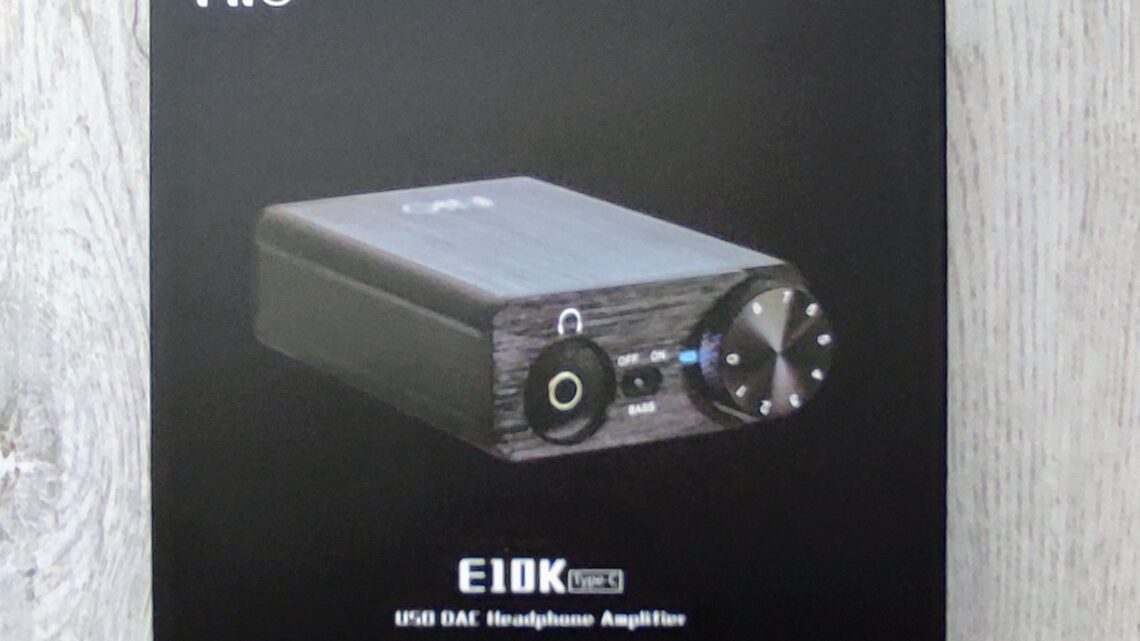 The legend is back

Cons: – Nothing given the asking price

The sample of this review was provided by FiiO free of charge and I covered import fees and tax.
This is my subjective and honest evaluation of it.
Links inside are not affiliated and I don’t get commission from them.
The price is €71.66
ex.vat and you can it from FiiO.eu.

Long time hobbyists will surely remember the E10, a budget DAC/amp from FiiO that was released back in 2011 and with thousands of sales is rightly considered as one of the best and most successful products of the company.
For history ‘s sake, it was my first FiiO product that I bought when I started my headphone journey.
At some point, around 2014, they upgraded it to the E10K which although it continued to sell well, to the great surprise of the community they suddenly discontinued it without further notice.
Well, we all make mistakes and obviously at FiiO they realized their own in time, so finally after a short period of absence the legendary E10 is back again under the name of E10K TC. 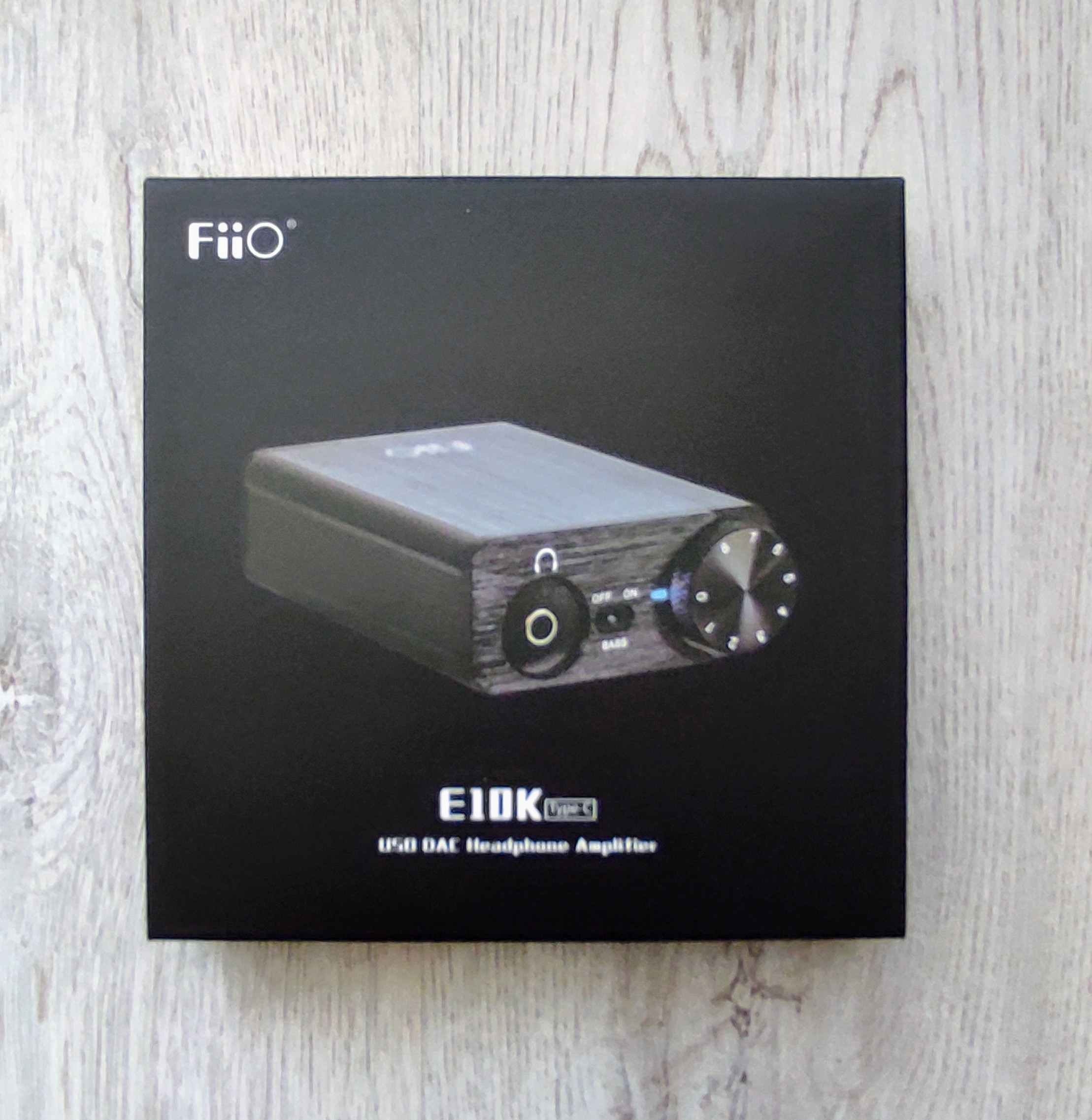 The main difference of the E10K TC from the previous E10K is that the micro USB connection port has been replaced by the modern type C.
Otherwise the device continues to use the old trusted PCM5102 DAC chip but now has an independent XMF208 USB receiver from XMOS that supports sampling rates up to 32bit / 384kHz PCM and minimizes the jitter of the incoming signal.
The low pass filter is an OPA1662 and amplifier duties are handled by the operational amplifier LMH6643 which delivers 200mW at 32Ω from a single ended output.
Powerful enough to drive most of the normal headphones on the market and that is from a regular 3.5mm output without the need to go balanced while at the same time is very silent and suitable for use with sensitive earphones.
In addition to the headphone amplifier output, the E10K TC also has a fixed-level analog signal output from a 3.5mm plug and a digital coaxial output so it can be used as a USB passthrough bridge.
The device has a low/high gain adjustment for finer volume control as well as a bass boost function. 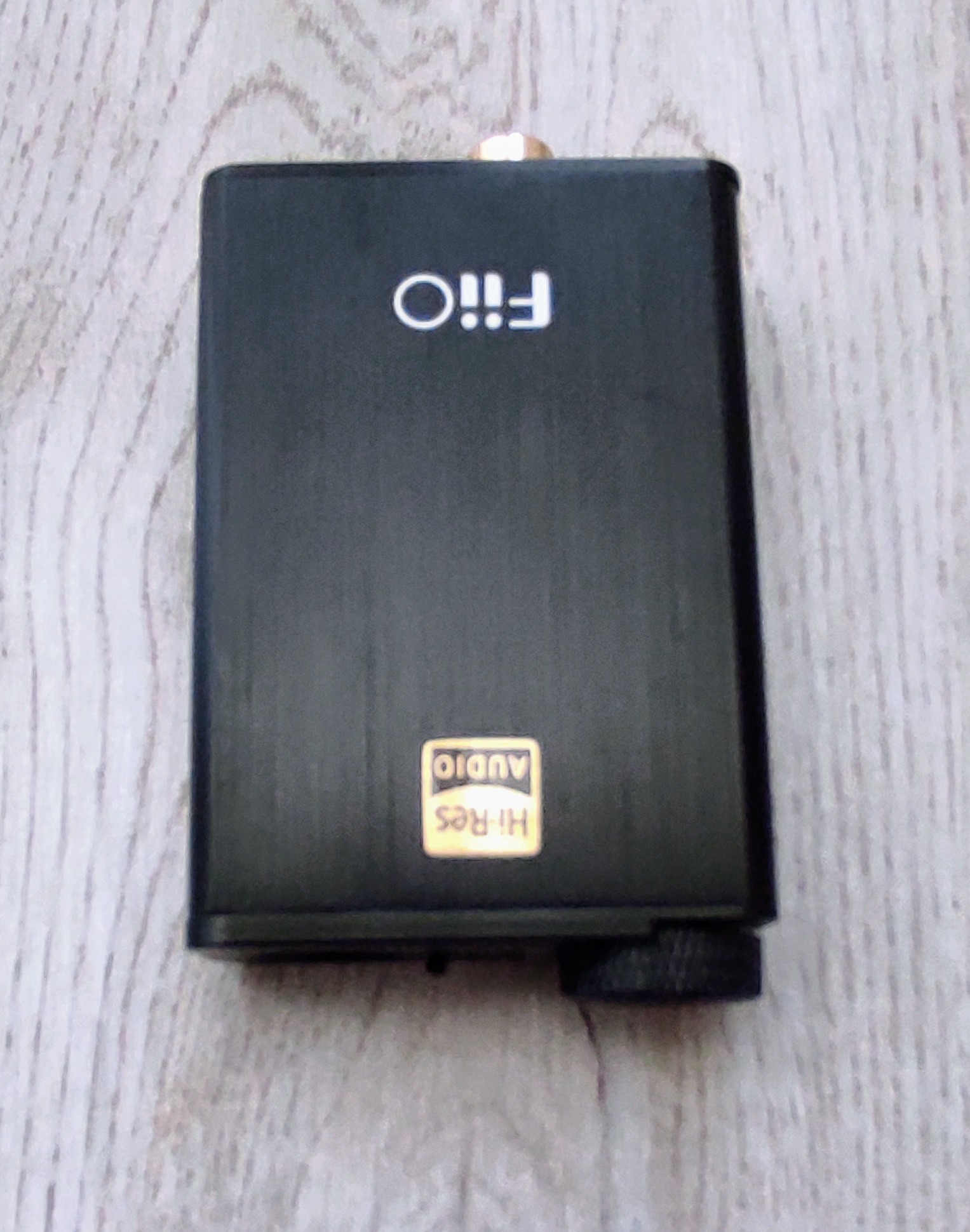 Visually nothing has changed with the E10K TC having the same small dimensions 79×49.1x21mm and so tiny as it is, it fits comfortably in a laptop case so you can carry it with you wherever you go.
The device is made entirely of aluminum with very good build quality.
On the front there is the potentiometer, the headphone output, an indicator light and the bass boost switch while on the back there is the gain switch, the USB type C input and the two analog and digital signal outputs.
The interface is very simple and the device supports Windows operating systems after installing the FiiO drivers and Mac OS without the need to install a driver. 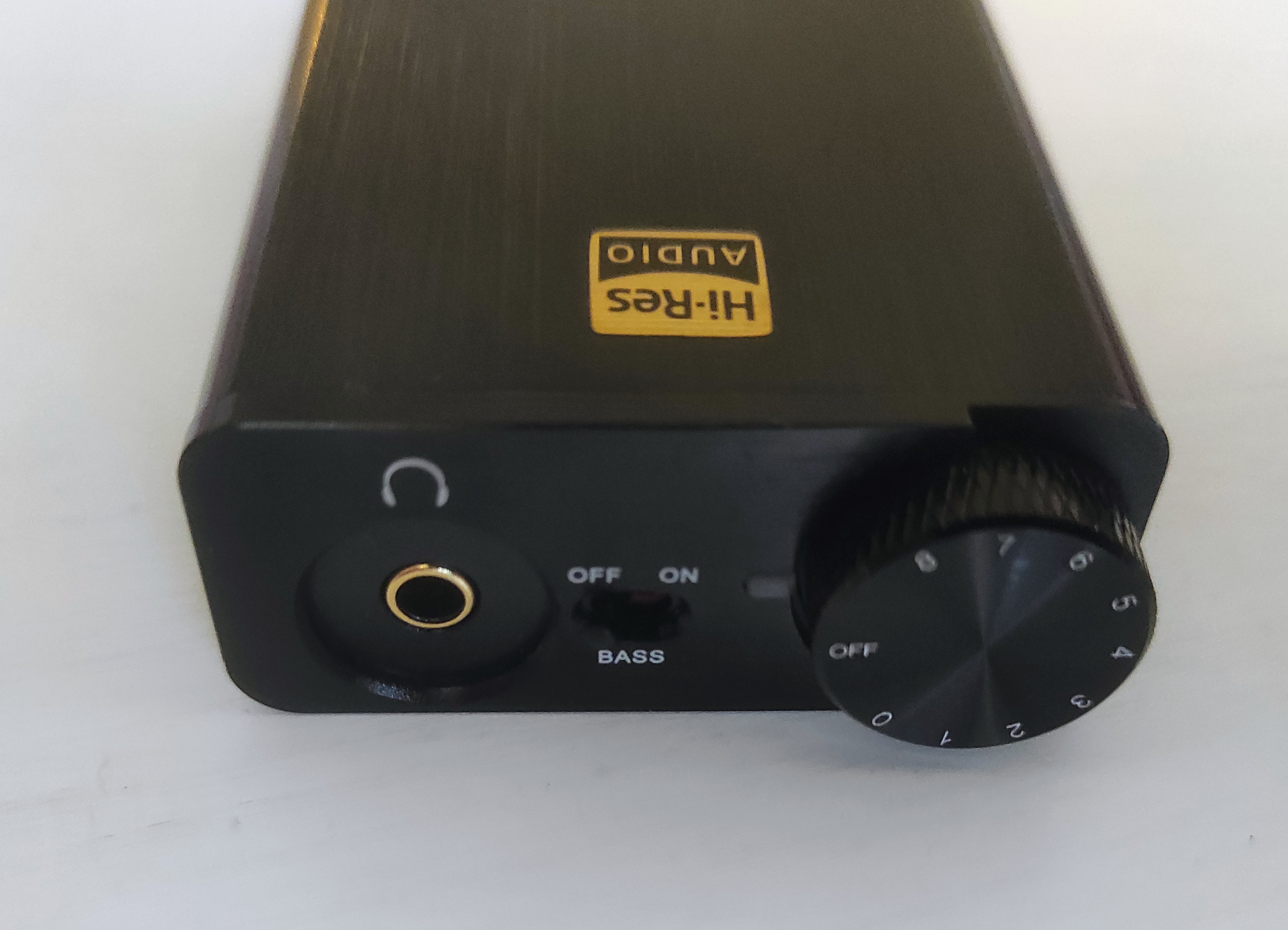 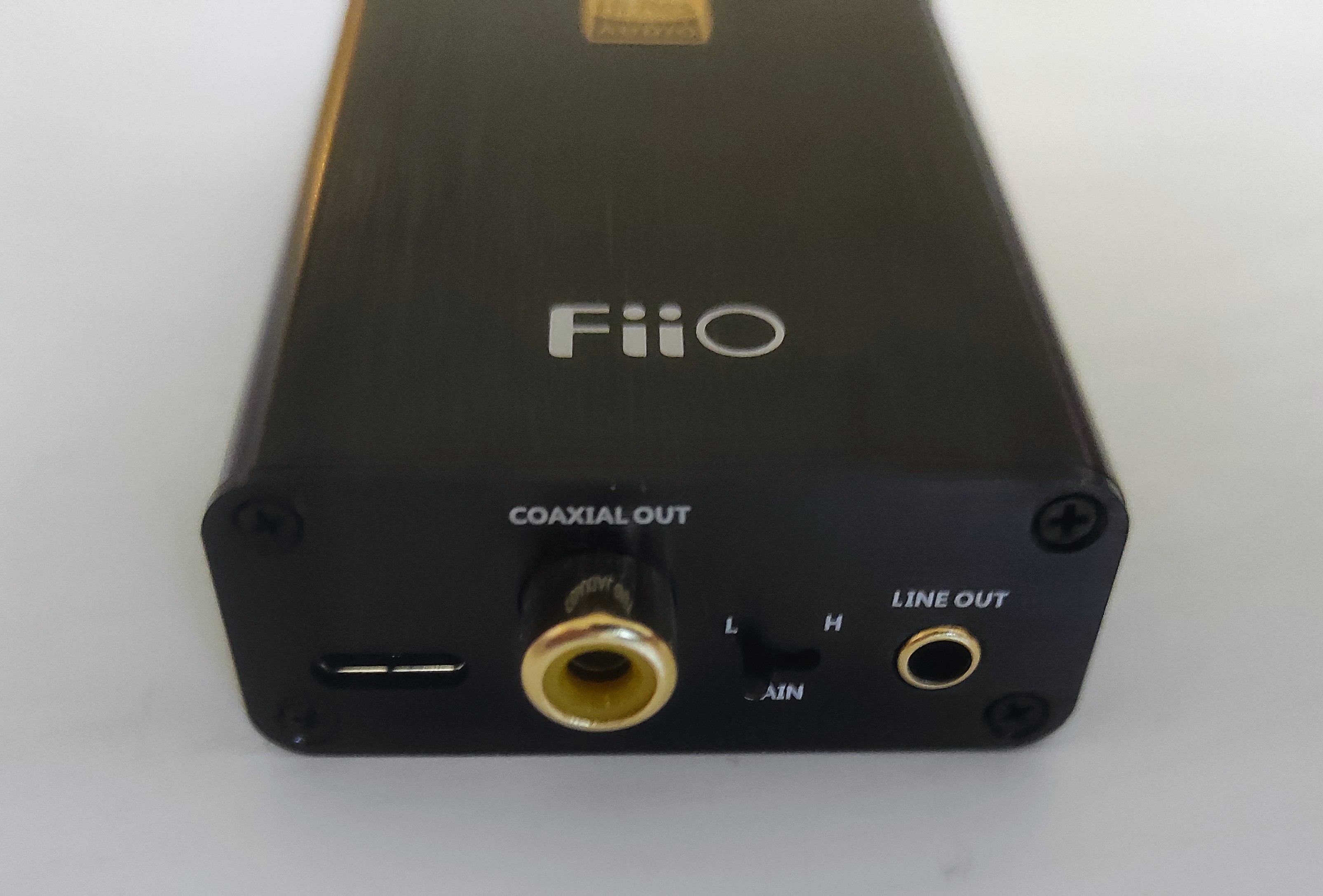 The sound of the E10K TC is surprisingly good and certainly better than the entry level price would suggest.
With all the headphones I have tested, from the brand new FiiO FD3 to the Sennheiser HD660s the sound was clear without distortion and internal noise while the presentation was without a doubt linear and neutral with no coloration at any given part of the frequency range.
The bass extends down to 20Hz and is mostly full bodied and not too lean, tight, dynamic enough with satisfying layering and good clarity.
Mids stand out as well defined and consistent with fine articulation, rounded presence and plenty of harmonic wealth.
Details are not missing at all and higher above the treble is characterized by the smooth response and the absence of roughness while at the same time is sparkling enough to give sound the necessary energy and extension so as not to be dull.
Timbre is mostly good and natural although it is not deprived of a certain digital glare, something that is always to be expected with entry level DAC/amps while the headstage is sufficiently extended and airy with good positioning cues able to handle complex material without seriously lacking in space allocation.
Summing-up I would describe the sound identity of the E10K TC as transparent and accurate enough while at the same time engaging, pleasing and enjoyable, a suitable match for all headphones and with all kinds of music, a performance certainly worthy of the asking price and some more. 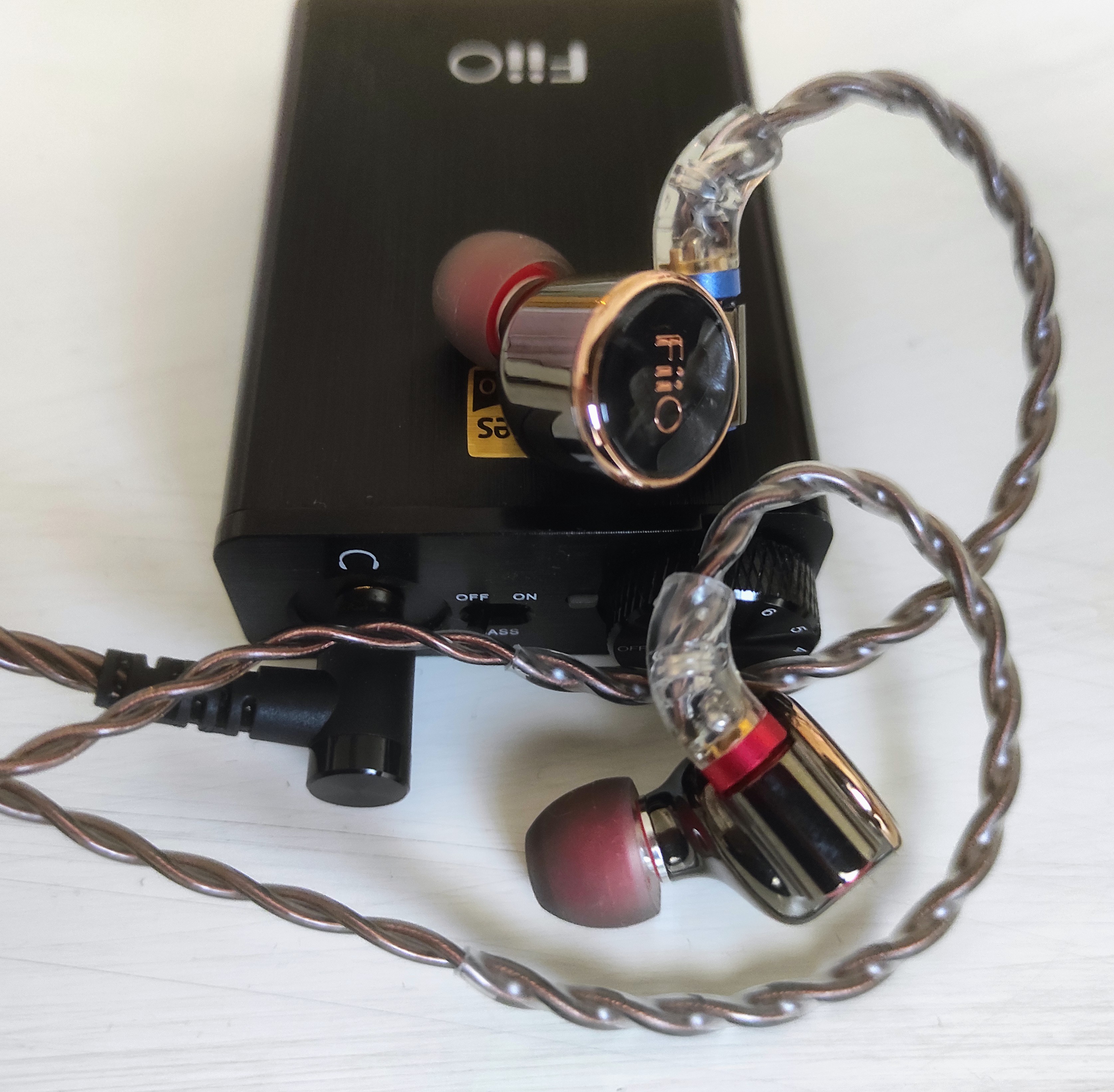 It is not a coincidence that the E10K is considered as the best selling product in the history of FiiO who thankfully were smart enough to resume production and resurrect it in a slightly enhanced edition.
The new E10K TC is strongly recommended as a great entry level DAC/amp for the budget conscious beginner or as a second utility device for older users alike and rest assured that there is no way to get wrong with it.