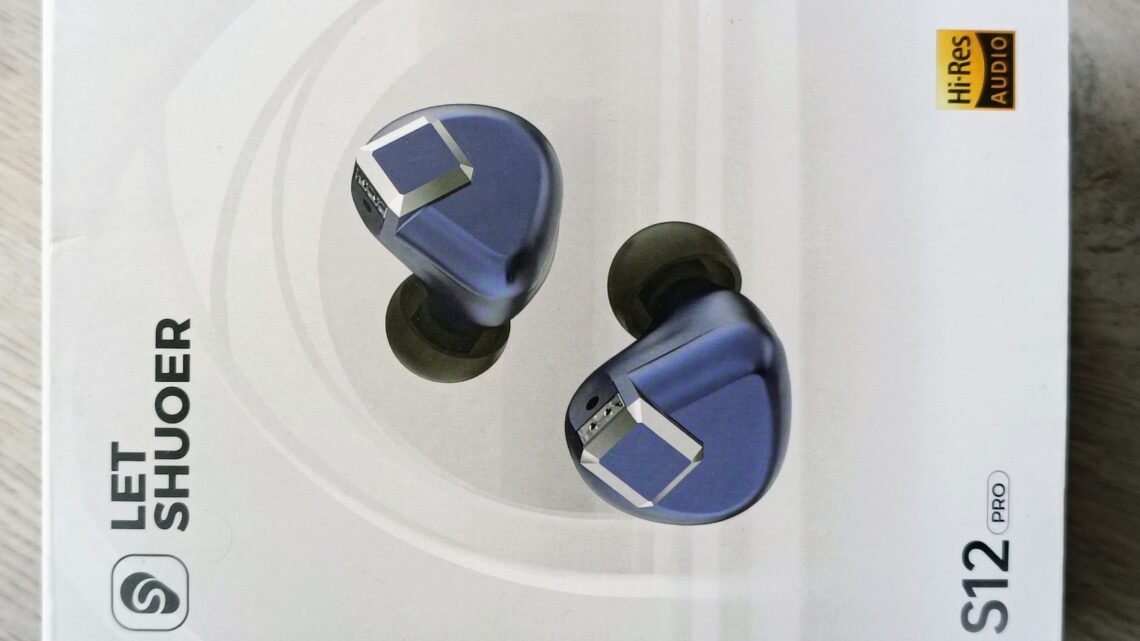 Cons: – Bass can sound a little hollow
– Treble is not that resolving and refined
– Slightly metallic treble timbre
– Soundstage is lacking in depth layering
– The cable is thick and heavy

The review sample was kindly provided free of charge in exchange for an honest review.
I didn’t receive monetary or any other kind of compensation and I don’t use affiliate links.
The regular price of the S12 PRO is $169 but you can find it as low as $135.20.
You can order yours from the LETSHUOER online shop.

LETSHUOER is a China based company run by expert audio engineers and keen audiophiles that makes custom and universal in-ear monitors while they have recently expanded their line of products to include a mini-sized USB DAC dongle. 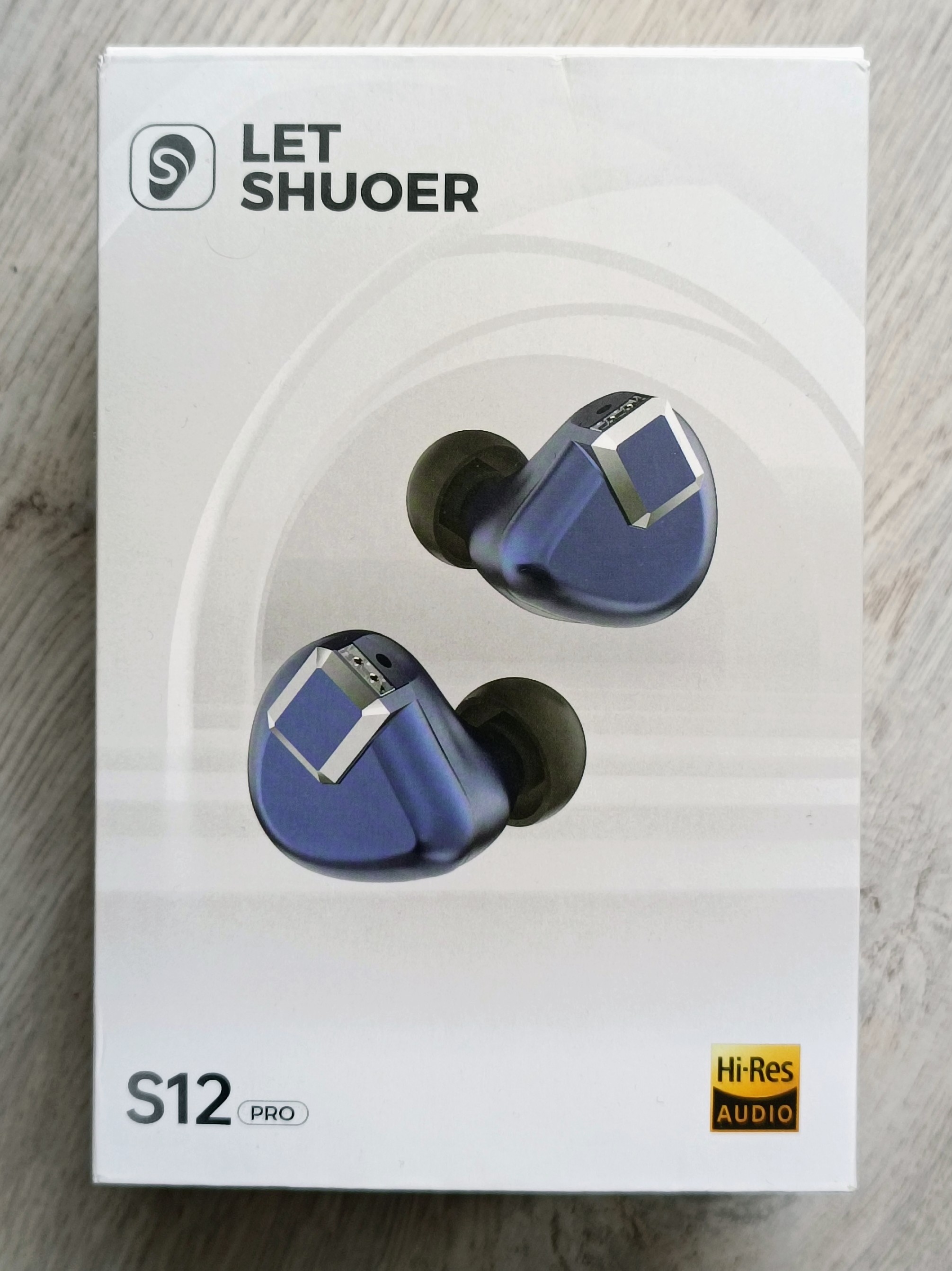 The S12 PRO is the company’s 6th Anniversary Deluxe Edition of the original S12 that was a big success and made LETSHUOER wider known to the audiophile world.
The PRO edition comes with an upgraded custom 14.8mm planar magnetic driver which has a 102db high sensitivity that means that it can be easily driven by a cell phone or dongle DACs.

The chassis design is a continuation of the predecessor.
Multiple vent holes on both sides are effective in alleviating negative pressure build up within the ear canal and thus protecting your hearing.
The independent rear acoustic chamber design makes channel matching to be more consistent. In terms of sound performance, the structural design of the front and rear acoustic chamber effectively discharges the pressure inside the chassis, thereby attaining a more natural sound.
Furthermore a new nozzle filter was used to achieve a minor tuning update. 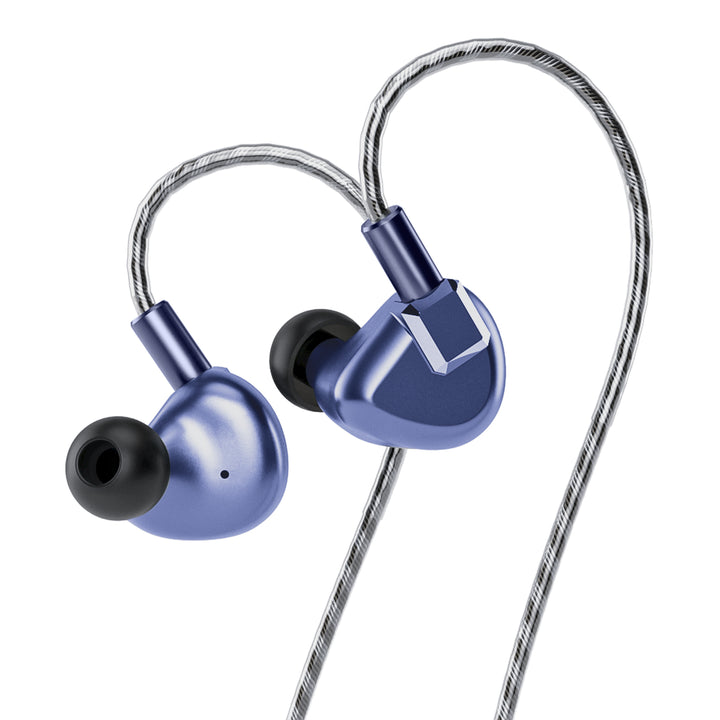 The stock cable of LETSHUOER S12 PRO is constructed with silver-plated monocrystalline copper and 4×98-strands cores that are weaved together.
It is terminated with standard 0.78mm dual pin connectors while the other end has a swappable jack with 2.5mm, 3.5mm and 4.4mm plugs.
The metallic plugs get attached to the cable with a push and click action which is not as secure and durable as the screw system.
The cable is of good quality with low microphonic noise and it doesn’t get easily tangled but it is too thick and heavy. 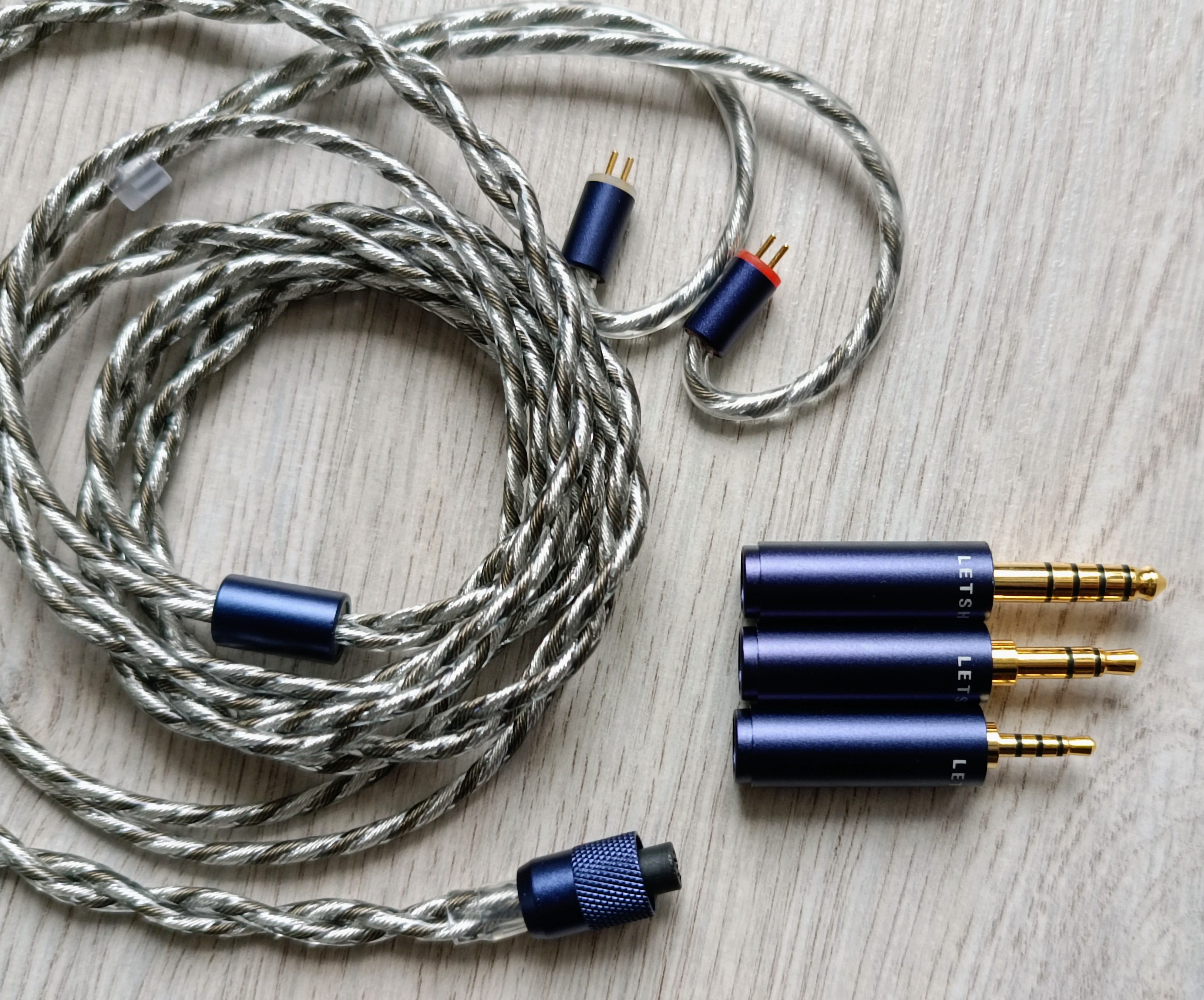 The package includes standard, transparent and memory foam ear tips at three sizes each and a faux-leather carrying case of good quality. 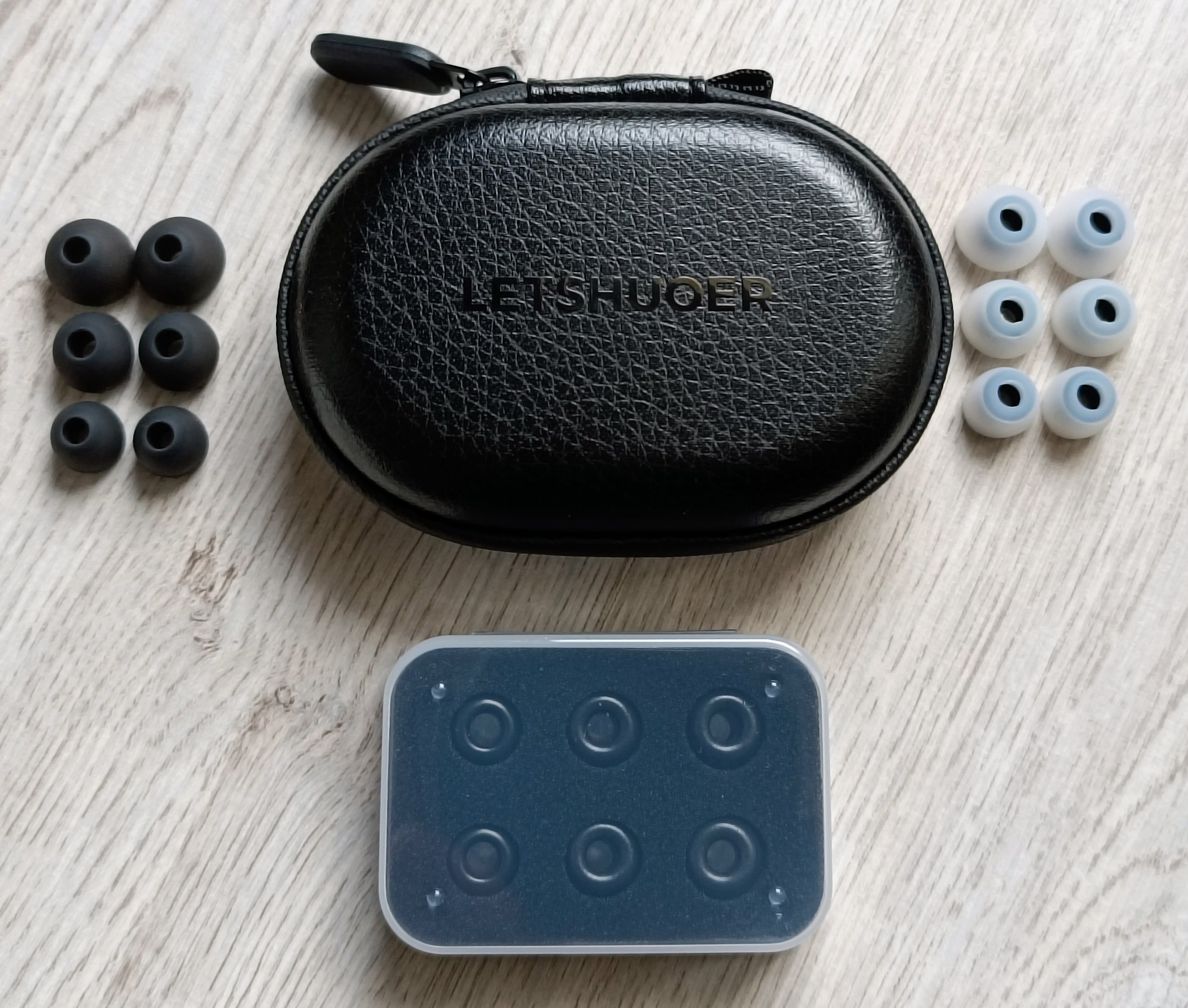 The S12 PRO has a minimalistic industrial appearance with a smooth space-blue finish and excellent workmanship.
The compact, aluminum made earshells are lightweight and anatomically shaped so they can fit comfortably and tight offering a relaxed wearing experience with good passive noise attenuation. 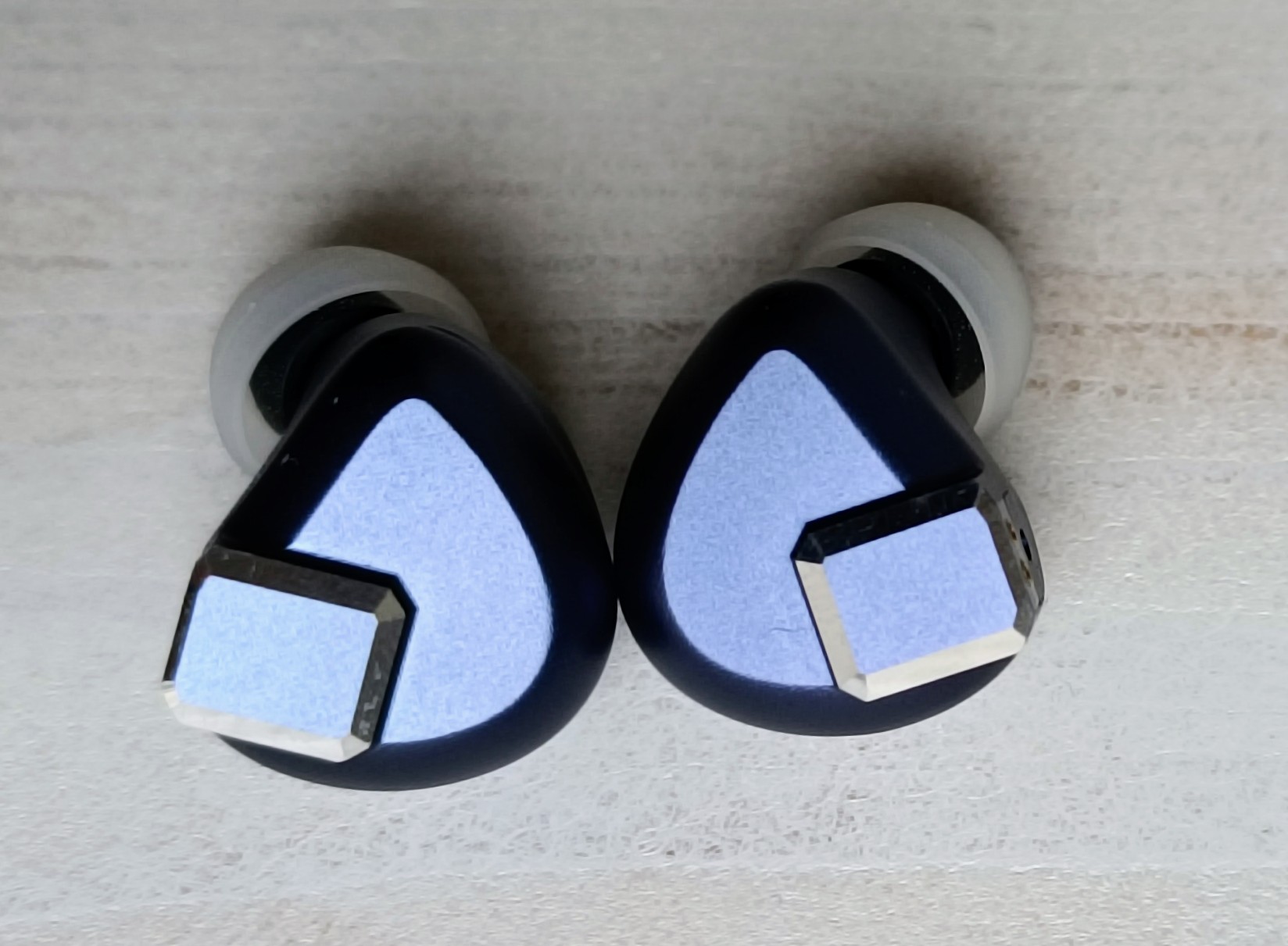 The S12 PRO was left playing music for about 100 hours in order to break in.
Various sources were used like the iBasso DC03 Pro, iFi Go bar, Questyle M15 and FiiO M11S among others.
The earphones are easy to drive so you are not going to need a very powerful source but make sure to use something decent because the S12 PRO scales pretty well. 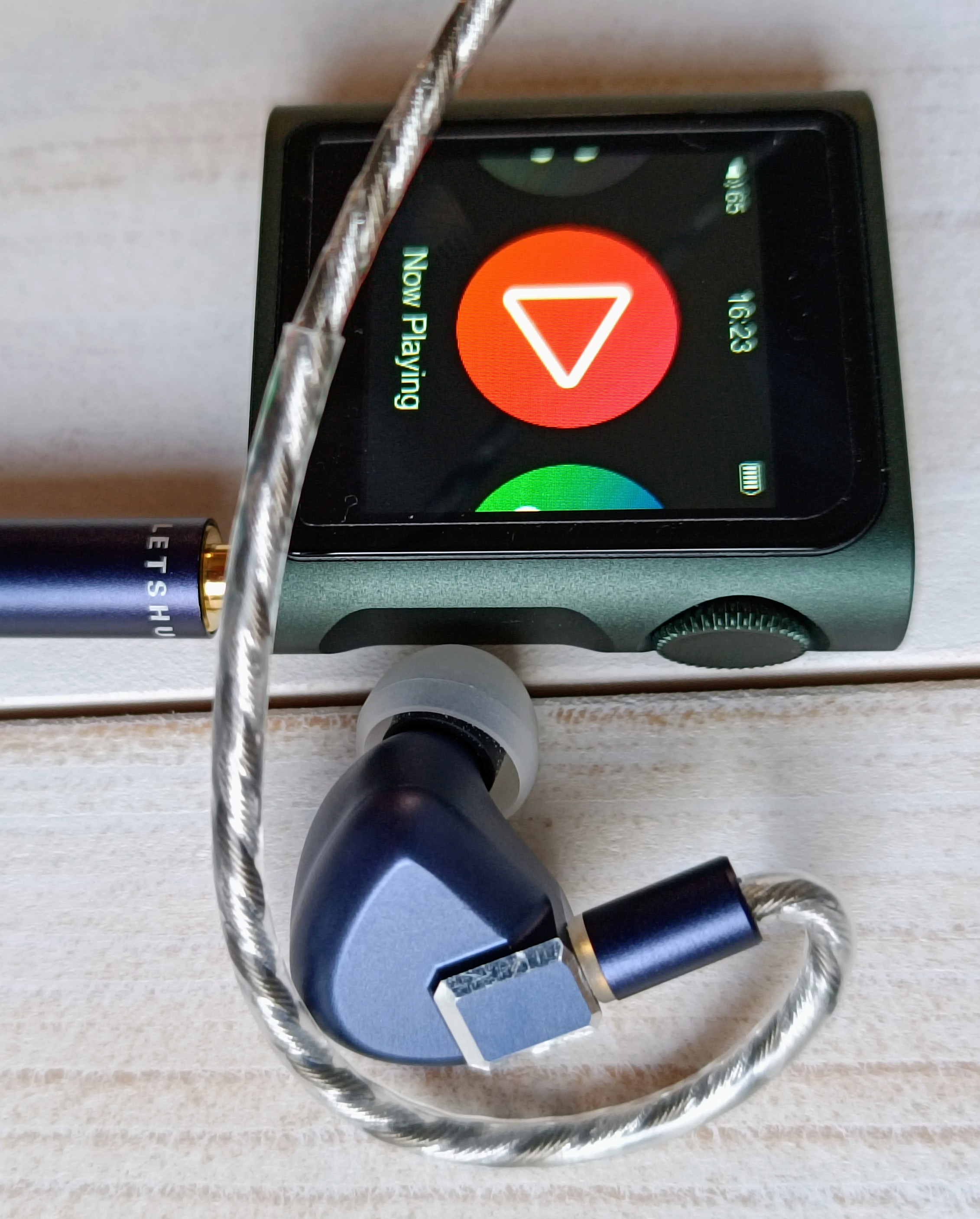 The overall tuning is balanced and natural with good sub-bass extension, an even mid-range and a well extended but not fatiguing treble.
The S12 is a slightly warm and very enjoyable set of earphones that balances its sound signature between sounding reference and musical while retaining good levels of transparency and technicalities.

The well extended bass has a near neutral tuning without over emphasizing the mid-bass so it doesn’t cloud the rest of frequencies and leaves plenty of free space for the mids to shine.
Clarity, layering and definition are above average while the bass is tight, fast and controlled with good timing.
It is well contrasted and dynamic, impactful and weighty but it can sound a little hollow and a touch dry.
With a near reference tuning and a good suit of technicalities, the bass is one of the S12 PRO strongest points.

Equally strong is the mid range which is very well tuned with great coherency and a touch of a tasty upper-mids emphasis that adds some flavor without leading into sibilance and excessive projection.
There is plenty of harmonic wealth and realism, the timbre is natural and colorful with great chromatic variety, you can hear the uniqueness of every singer’s voice and single instrument.
The S12 PRO is resolving, crystal clear and transparent in the mid-range with a natural voicing that is combined with the already excellent bass performance to make for an immersive and realistic listening experience perfectly suitable for classical music and not only. 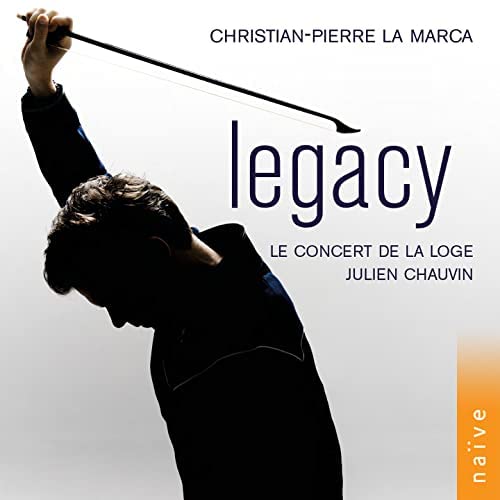 The treble on the S12 PRO is well extended and clear with good detail retrieval that doesn’t resort into becoming analytical.
There is plenty of energy here and a touch of brilliance but only as much as is needed for giving a shining and luminous character to the sound never crossing the point to harshness and stridency.
You can listen for hours on without feeling listening fatigue even with poorly recorded or already bright material.
What happens though is that the timbre is just a touch metallic and artificial while the S12 PRO is not that resolving and refined in the treble as in the mid range.

The soundstage is wide and spacious with good positioning accuracy but it is mostly expanded in the horizontal axis without any significant depth layering and holographic relief.
Nonetheless it manages to stay free of congestion with plenty of air around the performers even during the most demanding symphonic and choral works. 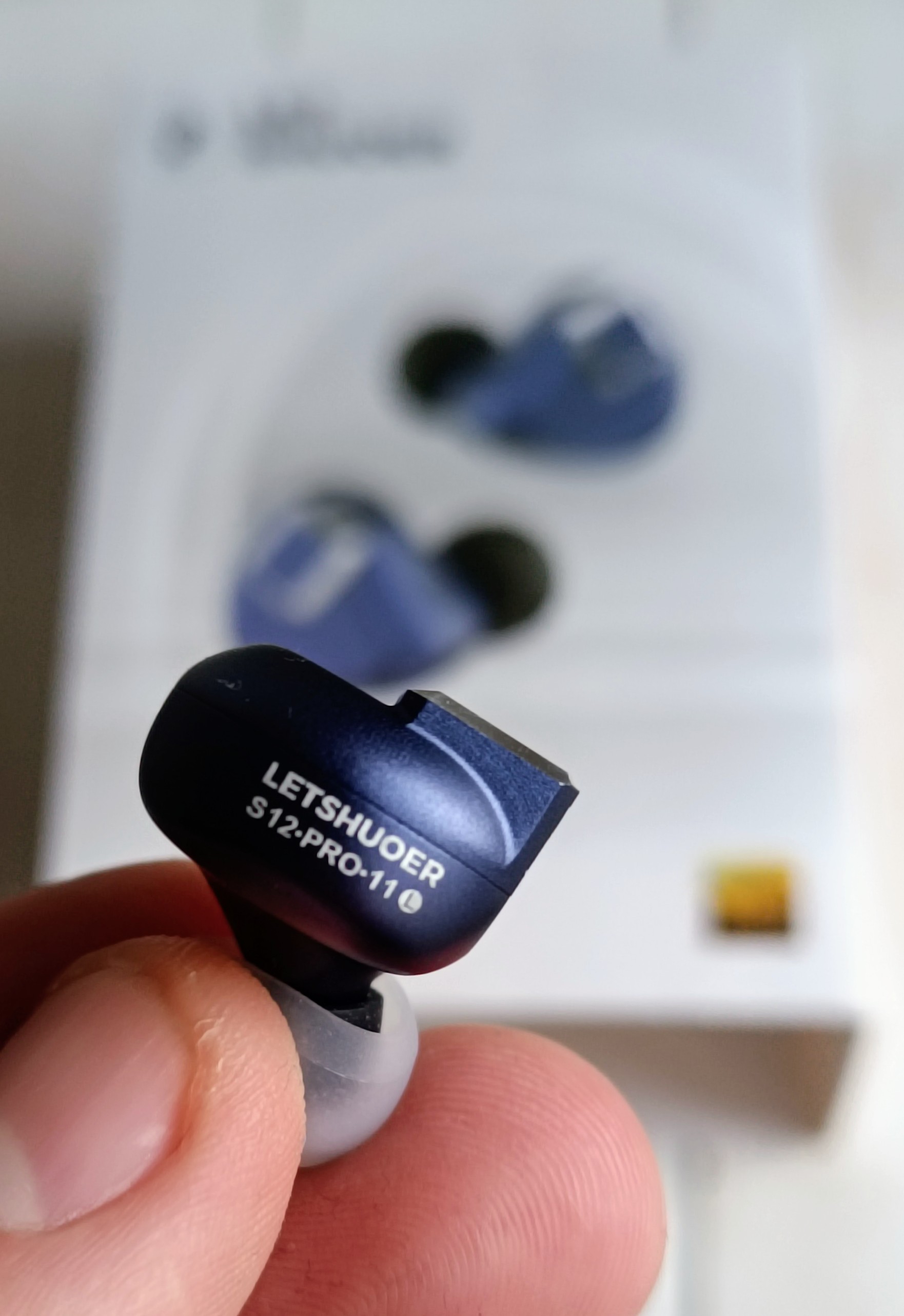 The P1 MAX from TinHifi is another example of a budget friendly earphone with a planar magnetic driver that has an admittedly great audio performance for the price.
The original price is $129 but you can find it as low as $99 so it is considerably cheaper than the S12 PRO but it comes with a simple detachable cable without modular plugs and with a plain pouch instead of a carrying case.
The resin ear-shells are anatomically shaped and lightweight but considerably bulkier than that of the S12 PRO. 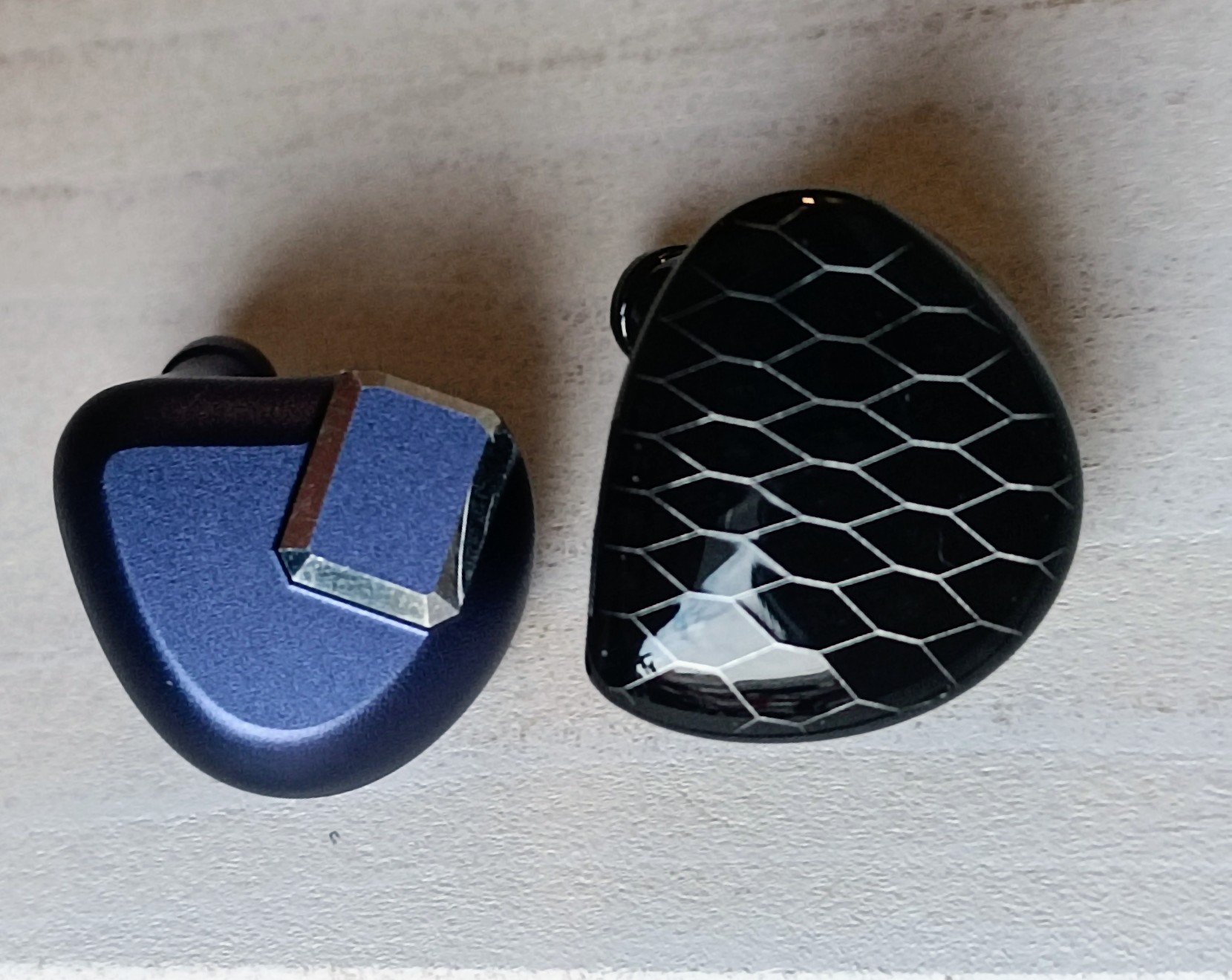 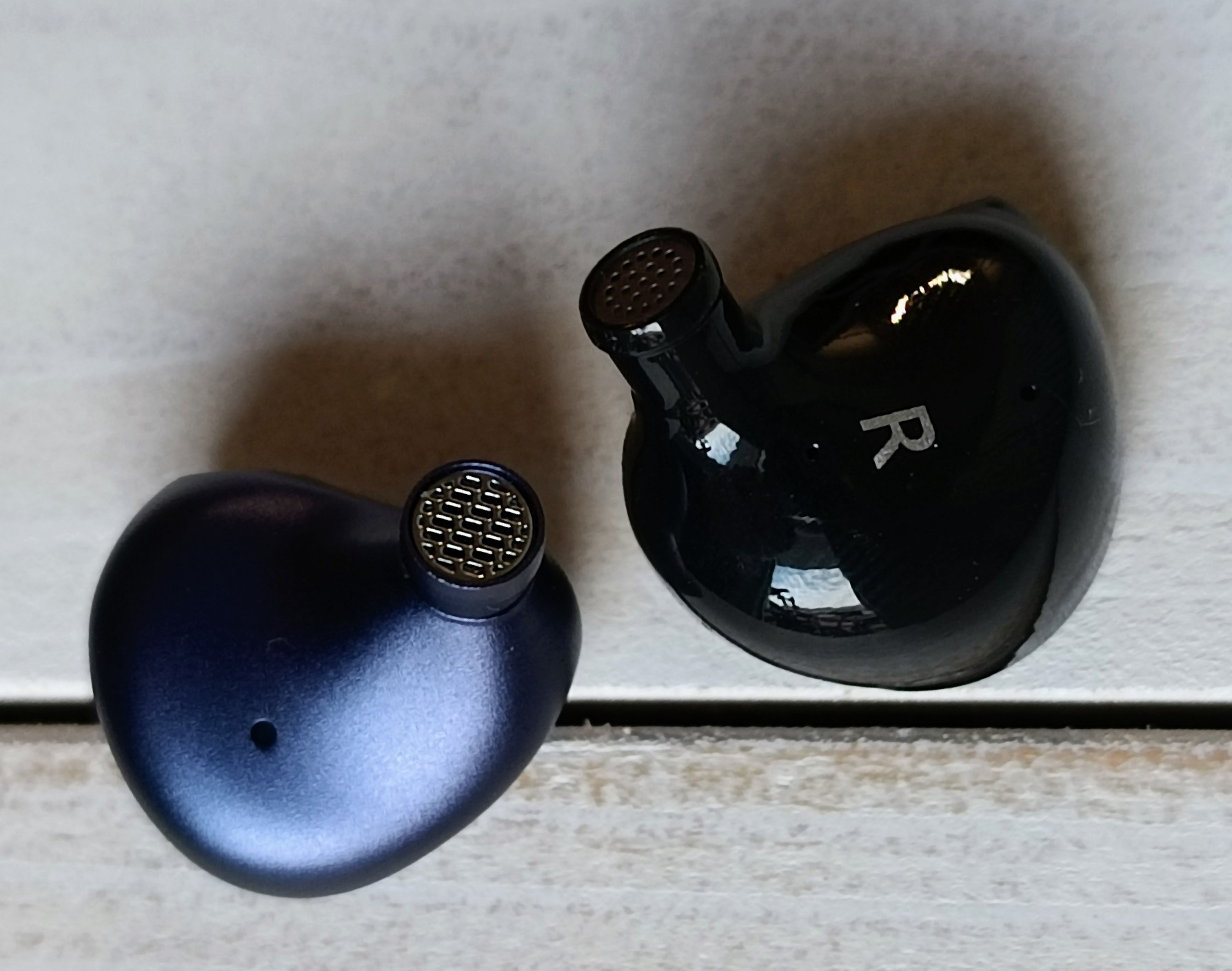 The P1 MAX is considerably smoother tuned and subdued from the upper-midrange to the treble so it sounds more inoffensive and forgiving than the S12 PRO.
The sub-bass on the P1 MAX rolls a little earlier while the bass is leaner and drier sounding but with a touch of extra control and clarity compared to the S12 PRO which is fuller and weightier but more hollow and looser.
The S12 PRO has the upper hand when it comes to dynamic contrast and bass impact while soundstage is a draw, the P1 MAX is somewhat narrower and less open but it has a sharper imaging and more accurate positioning.
Two great earphones to get you into the planar magnetic sound without spending a fortune. 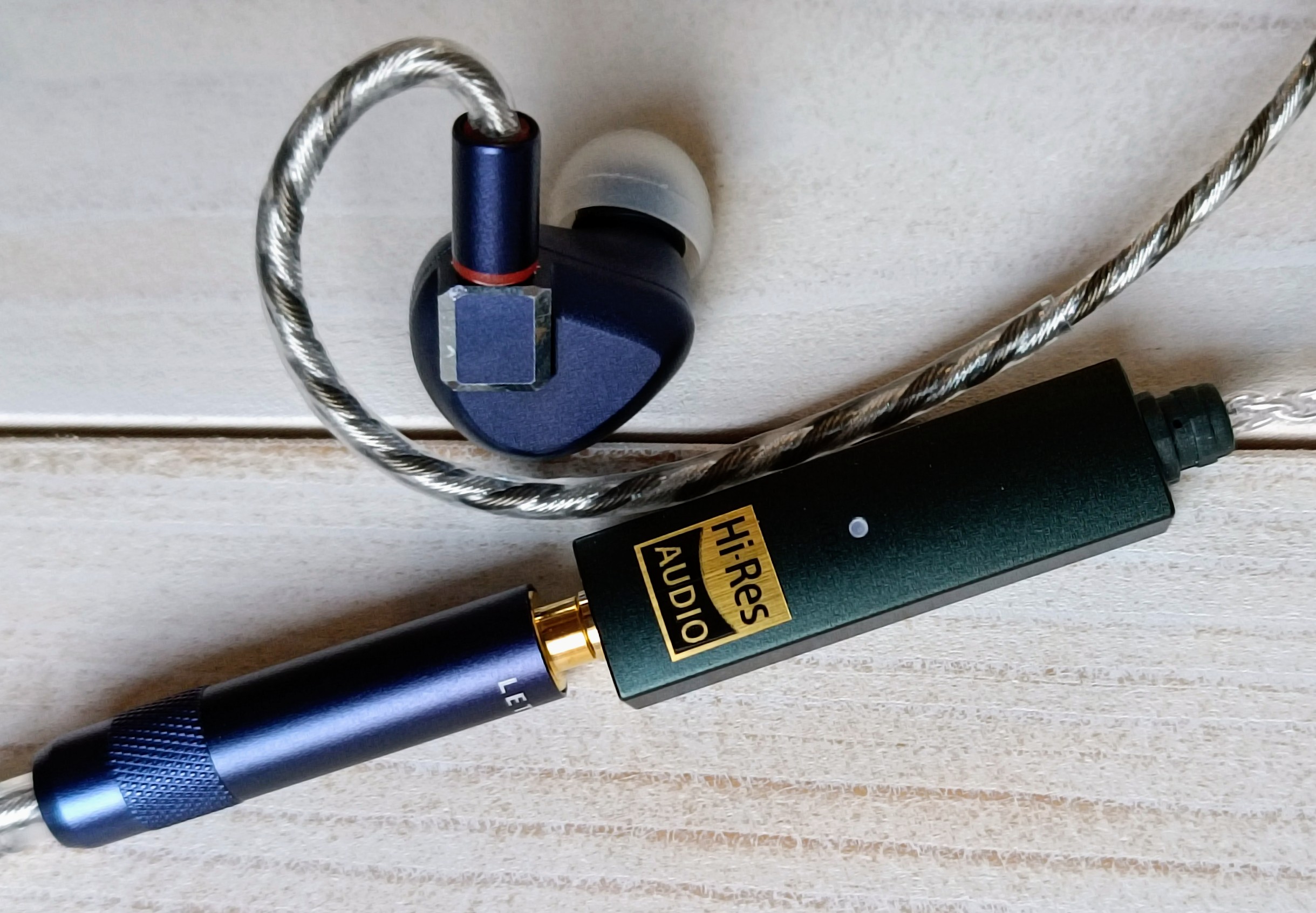 The S12 PRO is a great step into the planar magnetic sound at a very reasonable price.
It has a balanced, reference type tuning with plenty of musicality and good technicalities while it is lightweight, comfortable and it comes with a modular cable and a carrying case.